Cardinals Shutout in Game 1 by Narrows but Rally From 3 Down To Defeat Rippers Koufax 5-4; West Coast Finishes 4th After Pool Play and Advances to Gold Semi-Final on Day 2 of the Firecracker Classic 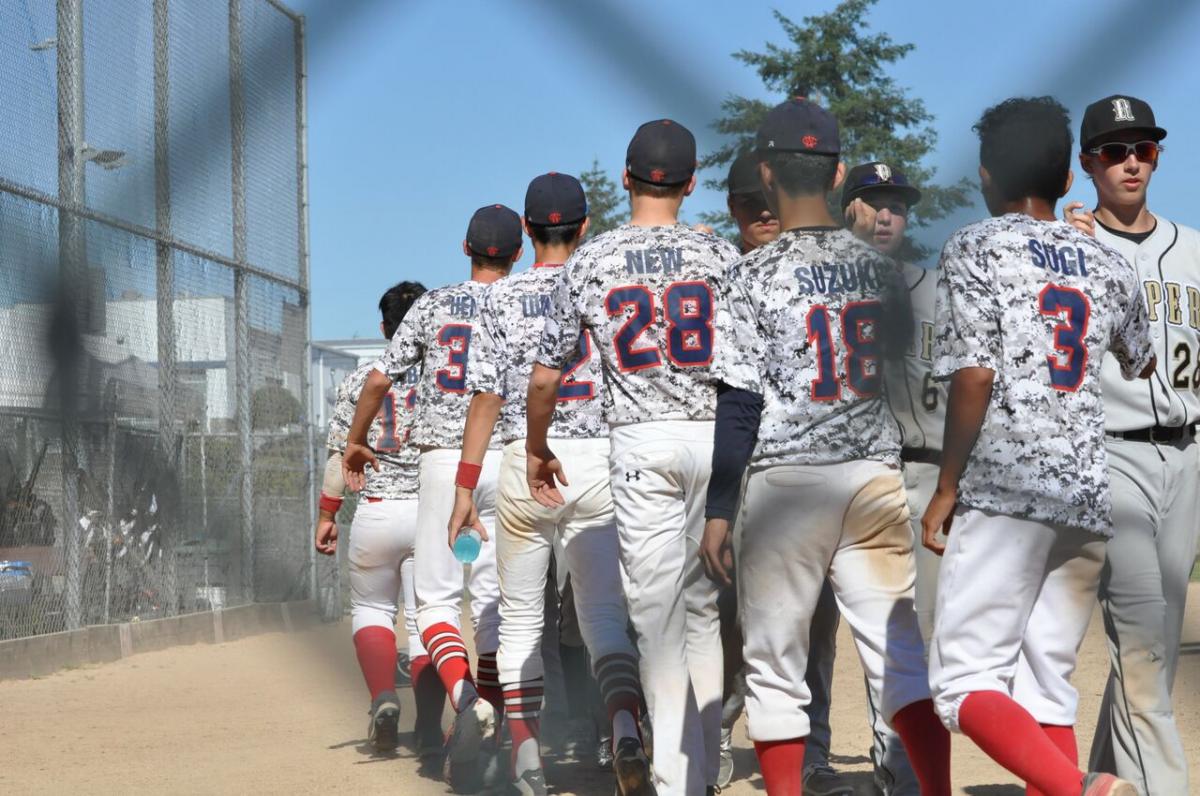 Following a successful first day of baseball in Puyallup, WA, the West Coast Cardinals returned to SERA park hoping to build their momentum and make a charge for the Gold bracket on Monday. The bats were in prime form on Saturday, putting up 19 runs in a mere 11 offensive innings. Their first game on Sunday was against Narrows Baseball, who was scouted to be the Cards’ toughest test of the preliminary round. Narrows’ huge left-handed stud silenced the Cards’ bats for 6 complete innings, and the offensive struggles carried into game 2 against Rippers Koufax. If not for a timely gut-check in the bottom of the 6th, the Cards would've had no hope of playing for gold, but they clutched up and pulled out the win in thrilling fashion.

CARDINALS 0 NarrowsBaseball 4 One of the few times the Cardinals got something going was the top of the 1st. Sugi smacked a base hit to right field and Baybay drew a walk to put two runners on with two out, but unfortunately Yuen could not come through and give himself an early lead to work with on the mound. Narrows’ poor base-running cost them a run in the bottom half, as the second out of the inning was backdoored rounding second base on a single to Turnbull in right field. The batter who hit that ball advanced all the way to third thanks to a wild pitch and a balk during the next batter’s AB that would have scored his teammate that previously ran into an out. A few pitches later, Yuen came all the way back from 3-0 down in the count to strike out the Narrows’ #4 hitter, keeping the game scoreless after one complete. After going down 1-2-3 in the 2nd, the Cards’ defence put themselves behind the 8-ball, which you can ill afford to do when you’re going up against an elite pitcher that Narrows was tossing out there. The leadoff hitter reached on a dropped pop-up in left field, advanced to second on a phantom balk call, then scored on a wild pitch that was picked up and overthrown into left field. With two out and nobody on in the 3rd, Narrows tacked on two more runs by stringing together a couple of singles and a double on a costly mistake pitch, 0-2 fastball down the can. Down 3-0, the Cardinals needed to get something going on offence quickly to give themselves a chance, and their opportunity came in the top of the 4th when Sugi and Hendriks were both walked to start the inning. Neither of the three batters behind them could do anything to move them along, a huge deflator that’s difficult to bounce back from in tight games like this one. Kang came in to relieve Yuen to start the 4th so the Cards could still have him available to pitch on Monday if needed. Kang faced seven batters in the inning and awarded free passes to four of them, extending Narrows’ lead to 4-0 without allowing a hit. That would be Kang’s only inning of work, as he would hand the ball off to Suzuki, who sat down all six batters he faced in two perfect innings of relief, racking up three strikeouts along the way. However, all that matters is that the Cards offense was completely neutralized in this one. They went down 1-2-3 five times, only managing a single hit and 4 base-runners in the game, none of which even safely reached third base, 4-0 the final. The Cards had only 20 minutes to regroup and deliver a better effort in what was now a must-win second game of the day. -JO

With a loss in game 3 of pool play to Narrows Baseball, the West Coast Cardinals were in less than ideal position with only 4 of the top 35 teams advancing to play for gold on Monday. Their job was simple, much like the Best of the West in April, win your last game and scoreboard watch. The Best of the West in April was not friendly to the Cards as even with a 3-1 record and favourable chances of playing for gold, things didn’t fall into place for the boys from West Coast, they were hoping this July long weekend would be a different story.

The Cardinals were faced with the task of beating Rippers Koufax, the plate meeting didn’t start out well as both coaching staffs were told they couldn’t step one foot outside their dugout when their team was in the field, something that was not applicable in the first 3 games of the tournament. The base umpire was nowhere in sight so the game got underway without a partner and oh yea…no game balls were supplied too. Hendriks got the start for the Cards in game 4 of a must-win, the lone U13 eligible player on the Cardinals went to work, throwing the first pitch of the game with the dirty, grass-stained baseball given to him to solely warmup with. With that first pitch thrown, Yam immediately walked out of the dugout (violating the “big book rules”) and asked blue if that was even a game ball, the plate umpire said he was given no game balls, much to the dismay of both head coaches, Rippers Koufax supplied 1 game ball and the game was now officially underway…with yes just that 1 game ball.

With all the confusion and chaos out of the way, the game balls eventually arrived and so did an exciting first inning. Rippers’ 2-batter would reach base on another error committed by the Cardinal defence this weekend. The very next batter, Hoagland hit a hard ball into the gap which split the West Coast outfielders, with the runner at 1st trying to score from 1st, Sugi hit his cut Yuen who fired a strike to Fukuoka at the plate to nab the runner. Hendriks would work around an additional base knock before retiring the final batter of the inning stranding men on the corners. In regards to the bottom half, Hendriks would try to help himself out by hitting a double and on the play advance to third with some smart baselining but unfortunately was left stranded at 3rd. 0-0 after 1.

The third inning saw some both teams hit the scoreboard, another leadoff batter would reach this time due to yet another error, Koufax would then steal a run on a first and third situation as the runner at 3rd would beat out Yuen’s throw to the plate making it 1-0 for Koufax. West Coast would get that run right back in the bottom half as Fukuoka would get his first hit of the tournament and advance to second on an errant throw back to the infield by the left fielder. A pass ball later advanced the runner to 3rd and a borderline balk that the plate umpire was looking for would score New (courtesy runner for Fukuoka) from 3rd, knotting the game up at 1s after 2, both Yam and the Koufax coach livid, the former about no buckets outside, the latter about the balk call on his pitcher, Masaki.

With Hendriks not feeling that he had the “stuff” today to go further, Yam went to Powell to begin the 4th, Powell has either been hot and cold on the mound in recent outings. Today, was not a pretty one as Powell would walk 3 of the only 4 batters he faced, the lone batter he didn’t walk reached base and drove home the go-ahead run thanks to a botched routine fly in RF. Yam had seen enough and went to Symons in a tough spot, bases loaded none out. Symons would strikeout leadoff hitter and starting pitcher, Masaki for his first out but see 2-batter, Rice hit a routine fly to Sugi in CF. With Koufax’s runner at 3rd challenging Sugi’s arm, the debacle ensued. Sugi couldn’t get the ball out of his glove, then threw home where the Cardinal first baseman cut the ball when he shouldn’t have, he then threw a strike to home where the Cardinal catcher was unable to squeeze it and put the tag on, the Cardinal catcher would then notice that the runner from 2nd was going to 3rd, he then airmailed 3rd allowing the run to score, the Caridnal left fielder then though it was a good idea to airmail a throw at home with the runner scoring easily. Koufax scored 2 runs on a shallow SAC fly to centre, while West Coast turned themselves into a Tadpole team for a minute. Symons did an amazing job of escaping out of that inning, throwing quality pitches to get them out of it. Symons would shut down Rippers Koufax in the 5th and 6th, while the Cards’ offense remained dormant until the bottom of 6th.

With the time limit about to hit, the Cardinals knew that this was their last chance. Down 3, Turnbull would get the party started with a single that actually went off his foot to the third baseman but with no one but Yam and Turnbull noticing the game went on without a word, Turnbull would advance to second on a wild pitch that bounced back to the catcher, the aforementioned Turnbull narrowly called safe at 2nd giving Sugi a chance to drive in a run. Sugi would dribble one as the pitcher had to hustle over, the pitcher quickly noticed that Turnbull was basically trying to run himself out at 3rd but Masaki (Rippers Koufax’s starter still pitching into the 6th inning) would overshoot the 3rd baseman as Turnbull would go home on the E1. 4-2. Hendriks followed suit with a single putting runners on the corners with none out. With the tying run at 1st, the infield didn’t even bother trying to throw Hendriks out at 2nd on the stolen base attempt, a bizarre decision (maybe it was because the coach couldn’t come outside his dugout as per the home plate umpire at the plate meeting). With runners at 2nd and 3rd the Koufax manager turned to a reliever, that very reliever would drill Baybay loading the bases, a less than ideal result for the Cardinals as Baybay was arguably the hottest hitter coming into this game. The pressure was on, Yuen was now up with the tying run at 2nd, bases loaded and none out. Yuen would fall behind 1-2 but clutch up and hit a clutch single to RF, with the outfield having Yuen shaded towards pull both Sugi and Hendriks (tying run) would score without a contested throw tying the ballgame at 4s. This brought Crozier up and runners at 2nd and 3rd, Baybay being the winning run just 90” away, another bizarre decision (or non-decision for that matter) occurred for the Koufax team as they decided not to intentionally walk Crozier to load the bases, this would have put the force on everywhere and avoid the possibility of a squeeze bunt. Yes you guessed it, Crozier on a 2-0 pitch would execute a beautiful suicide squeeze to plate Baybay from 3rd as the Cards walked-off Koufax in bunt fashion, much to the amusement of all Canadian and US spectators looking on.

With the exciting come from behind win, the Cards can easily rank this game up there on most exciting wins with the Kelowna come back and back-and-forth game vs. Chilliwack at the Richmond tournament. The boys from Vancouver/Coquitlam sat in the hotel awaiting their fate hoping PBC Zips would choke their final two games and that they did, the Cards advanced to the gold medal bracket as the fourth seed and would play Bulldogs Red in the 10am semis.