Cardinals Defeat Lethbridge, Fail to Advance to Semi-Finals in Day 2 of the 2017 BLE BoW Spring Classic 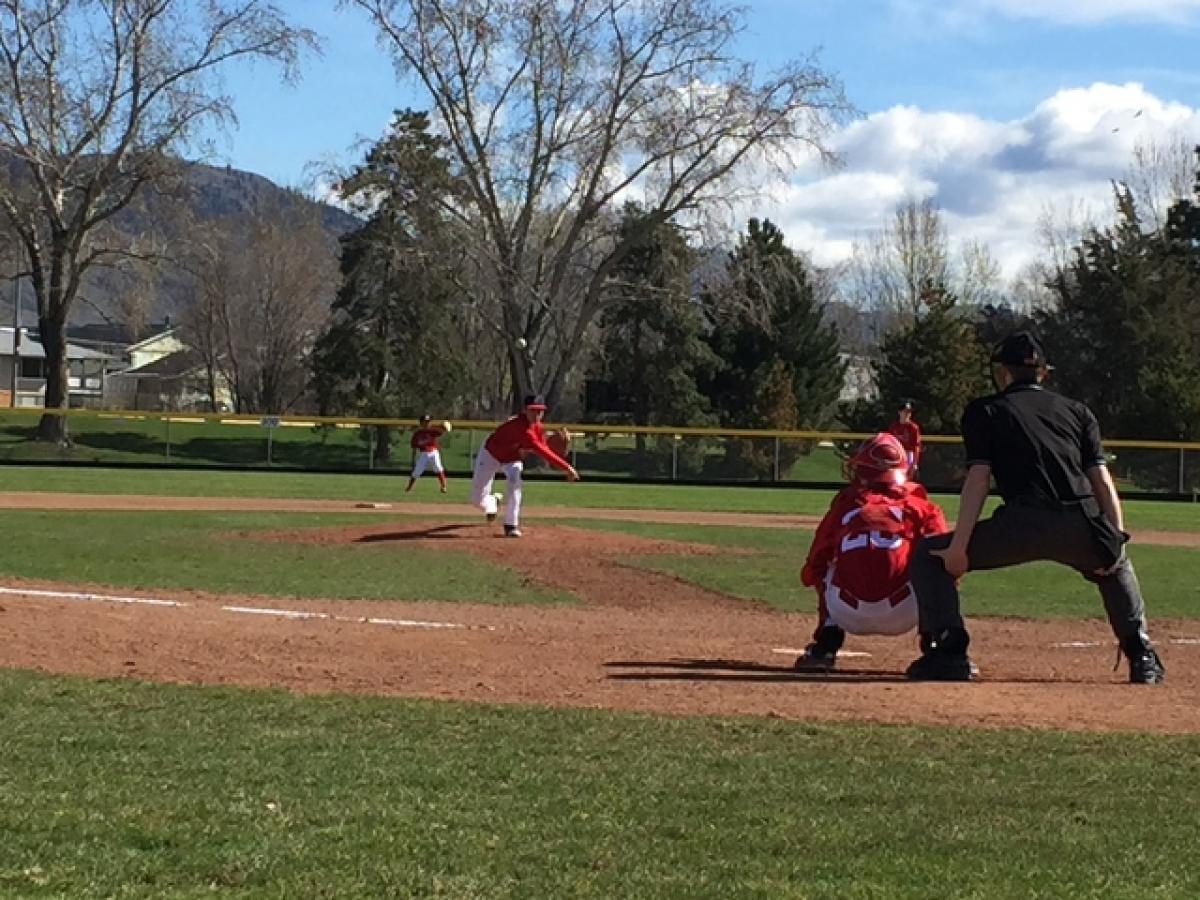 Coming into Friday, the Cards needed a win and a tiny bit of help to place first in Pool B and move on to the semi-finals. The Lethbridge (Alberta) Bulls stood in their way, fresh off an 8-3 win over Okanagan in their only game on Thursday. It was shaping up to be a tight pitchers’ duel in the first couple innings, but the Cards were able to capitalize on their chances late in the game to snatch the victory. Lethbridge 0 CARDINALS 7 Max Yuen took the mound for the Cards in the top of the 1st and looked like a man on a mission. His offspeed was on point all day long, baffling the Lethbridge hitters, many of whom are not accustomed to facing pitches other than a fastball because of special pitching restrictions in Alberta. The Cards were fortunate that Yuen was at the top of his game today, as they blew a couple of golden opportunities early on. Middle of the order bats picked up back-to-back strikeouts to leave runners stranded on 2nd and 3rd in the bottom of the 1st, followed by a Cardinal getting back-picked at 3rd for the final out of the 2nd. Another crazy play that was almost another colossal error on the bases ended up producing the Cards first run of the game. Hendriks was caught in no-man’s land at 2nd, but the pitcher overthrew the third basemen and Hendriks came around to score. That turned out to be the only run that Yuen needed to carry his team on his back, but the bats weren’t done there. Symons and Sugi each had clutch RBIs in the 4th, and Miles also scored on a wild pitch to cap off a 3-run inning. Fukuoka came through with a solid pinch-hit RBI in the 5th to make it 5-0 before the Cards tacked on two more in the 6th by taking advantage of a pair of early walks. The story of the game never wavered off of Yuen’s stellar performance, as he threw five perfect innings before giving up a hit to the first hitter of the 6th. He faced 2 more than the minimum, racking up nine strikeouts over a complete game shutout. The boys did their part - now it was time for some scoreboard watching. The Cards wrapped up Pool B play with a 2-1 record and seemed to be in a decent position to move on. Lethbridge and Langley were up next, and a Lethbridge win would put the Cards through regardless of the outcome of the final game between Langley and Okanagan. After Langley edged Lethbridge 4-3, hopes were still high that the Cards could advance thanks to a Langley win over Okanagan, but once again, Langley came out on the wrong end of a 11-5 scoreline. Okanagan finished tied atop Pool B at 2-1 with the Cards and owned the all-important head-to-head tiebreaker, so they earned a spot in the semi-finals. It’s easy for the Cards to feel a bit shortchanged after two dominant victories, but that’s just baseball sometimes. They’ll finish up their trip to Kamloops with a consolation game against the Vancouver Community Mounties before heading home empty-handed.