The Baltimore Lions has announced that Alexis Washington has been selected as the Head Basketball Coach. Coach Alexis is currently the head coach of Eastern Technical High school varsity basketball team and currently coaches multiple age groups of the Lady Lions AAU program. Coach Alexis was the head coach of CCBC Dundalk in 2015-16 and assistant coach in 2014-15. From 2011-2014, Washington spent three seasons as the varsity girls’ basketball head coach at Pikesville High School and one season (2010) in that role at the Institute of Business and Entrepreneurship High School. She also served as the assistant women’s basketball coach at the Institute of Notre Dame from 2006-2008. Washington earned her Bachelor’s degree in Communications from Xavier University and a master’s degree in Communications from Southern New Hampshire University.  Coach Alexis Washington is far from “new” and neither are the Baltimore Lions. She has coached the owners of this team and a few members of the team since they were 9 years old. This organization stems from a larger organization, The Baltimore Lady Lions in Back River. Our inaugural season will be a blast from the past with Coach Alexis as our leader.  - Baltimore Lion Staff LadyLionsBWP@gmail.com 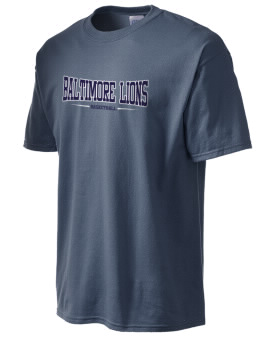