“Make way Nashville as the Music City Icons Women’s Basketball Team will be a slam dunk for sure!” A double header for sure; sports and women, set to bring a new energy enterprise into a city that is vastly on the move and already known as the ‘it city’ for its myriad of cutting edge successes – this is the perfect place for the team to call home. Successful Entrepreneur, proud (USN) Military Veteran and Motivational Coach Renee Bobb recently aquired the Nashville TN based Music City Icons Women’s Basketball Team. The launch of the team officially kicks off their first home game on Saturday, June 24, 2017. All home games will be played on the historical campus of Fisk University. The team is still moving forward with their crowdfunding campaign with the goal to raise $45,000 in 45 days while crystallizing the motto: “Building Opportunities Beyond Basketball.” Ifundwomen.com is a crowdfunding platform supported by Mayor Megan Barry, for women lead businesses and their creative ideas. Another venture which Renee Bobb will be highly successful with, while fusing a new energy and tailored venture into the proud lady known to many as ‘Music City USA.’ Ironically those captivating words make up the letters of team owner Renee ‘Bobb’ last name. The long term vested trailblazer is literally sharing one of her key passions with the world. Renee Bobb and the Music City Icons are both assets for Nashville and the mid-state. Soon to be household names on the lips of every sports beginner and sports veterans alike. The team consists of 12 dynamic women (over the age of twenty) who have demonstrated a strong desire to continue their successful basketball careers after playing in high school and college. The phenomenal leadership of the team is comprised of the Owner: Renee Bobb, Captain Jasmine Franklin and Captain Shenita Gleaves. Each of the women has something special and unique to bring to the team. Renee brings a great deal of tangible worth to the proverbial table as a former college basketball and NATO player. Not only is Renee a great athlete she wears other successful hats in other arenas. A proud military veteran (United Sates Navy) single mom, published author, entrepreneur and staunch business woman of God has helped countless many people to achieve their publishing, entrepreneurial, academic and life successes other the years. The journey to the Music City Icons purchase began long ago when Renee’s passion for playing basketball started in Staten Island, NY ‘Look out Nashville, there is a new professional women’s basketball team coming to town under the steady hand and leadership of the legendary Renee Bobb.’ 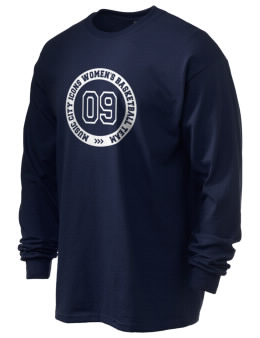