By Deborah A. Culp

Spring 2017 has officially begun and more than the weather has changed and is moving forward. Music City Icons Women’s Basketball Team Coach Renee Bobb and her team haven’t allowed any grass to grow under their feet. They are advancing by leaps and bounds, but much community support is still needed. These staunch mover and shaking attention getters are a vital part of the ‘Women’s Blue Chip Basketball League’ (WBCBL) and the only Tennessee team in the lineup. That alone is a prestigious honor and addition to quality branding.

A recent fundraiser, complete with American hip hop legend, ‘Ghostface Killah’ (of the famed Wu-Tang Clan), packed them in at a Nashville venue. For years, the sports and music industries have combined forces to help each genre propel further into greatness. Coach Bobb and her team captivated the packed house and shared information about Music City Icon’s progress and its direction ahead. Mayor Megan Barry and the city of Nashville have embraced the team and their amazing mission ahead.

Their goal is to “Build Opportunities Beyond Basketball,” not only in the lives of the basketball players but in the entire Nashville community. The team is comprised of 15 outstanding players who played high school and college basketball. The Music City Icons gives women the opportunity to play in their hometown with the options of one day playing in the WNBA. “We provide a second opportunity for these women to continue to play basketball and be leaders in the Nashville business community,” stated Coach Bobb.

The Nashville Ifundwomen.com crowdfunding platform event was held in March at the Nashville Entrepreneur Center. Coach Renee was joined by two of her distinguished players and team members: Captain Shenita Gleaves and player Jassmine Franklin. The initial goal was to raise $45,000 in 45 days. “There is still time to get on board, and all help is much appreciated. T-shirts, swag bags and other Music City Icon branded goodies are hard to keep on hand, but for those who tie into the vision, we move heaven and earth.”

Ifundwomen.com encourages women to become part of a community of people who are passionate about helping women get their businesses off the ground—to close any gaps and road blocks and to keep it moving in the right direction for them, their community and the greater good.

The team has been well received and already proven to be a positive force to be reckoned with that is here to stay. Calls have come in requesting Coach Bobb to accept more 2017 bookings for the team. Hailing from a city that is known for great things and living up to the title of being “the It city,” the Music City Icons Women’s Basketball Team definitely adds more greatness to the flow.

For more information about Coach Renee Bobb and the direction of the Music City Icon Women’s Basketball Team, check out the links below. 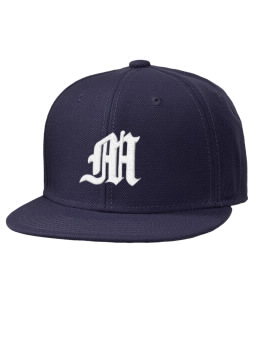