In the Spring 2016, Des Moines became the home to a premier professional development basketball team in the Women's Blue Chip Basketball League (WBCBL). The league consists of over 40 teams across the country and gives women an opportunity to play against some of the best competition in the nation. Not only is this a chance to continue your playing career beyond college, but also provides exposure to international sports scouts to help take your game to the next level.

For the inaugural season, our team was comprised of ten players with aspirations to play at a competitive level and/or advance their career to the next level.  We will compete in the Mid-West Region with teams from Nebraska and Missouri. This region includes the 2014 & 2016 League Champions, 2015 League Runner Up - St. Louis Surge ad the 2016 League Runner Up - Midwest Flyers.

The regular season will run from May through July, with the National Tournament taking place in August. Practices will be held twice a week from 7-9pm starting the first week of April. Our skills workouts will begin in late February/early March and held once a week until practices start.

New Players Wanted
We are currently accepting any new players to our team for the 2018 season. If you currently have your NCAA eligibility, you are not eligible to play in the WBCBL until you are no longer eligible to compete in the NCAA. If you have NCAA eligiblity and you're interested in playing for the Force, please get in touch so that we can explain the next steps.

Everyone that wants to play on the Force must try out and there is a $75 player membership fee if you make the team.

Missed our tryouts? No worries, we can schedule a make up or you can attend one of our practices.

If you're interested in being a part of the Force as a 2018 player or supporter, please email Ja'Nae` Mosley at iowaforcewbb@gmail.com.

Iowa Force
It's Our Turn Now

We are currently looking for players to fill our roster for the 2018 season as we have potentially 4 players returning from the 2017 season. Please get in touch with us if you're interested....

The 2017 season is here and the Iowa Force has a few players returning from last year's 2016 Regional Qualifying team and added a few more. ...

Iowa Force Women's Basketball will be hosting their final open tryout on Saturday, March 25th from 10 to Noon at the Iowa Center for Higher Education (formerly AIB). The cost to tryout is $50 and we will have evalutors on site. The tryout fee is waived for former Iowa Force players, current bask...

Force Lose Tough One to Surge

The Iowa Force women’s basketball team has reached the midpoint of their inaugural season. Now with a roster of 12, the Force have moved their record to 2-3 putting them at 4th place in the Midwest Region....

Force Lose Tough One to Surge

Countdown to
Next home game vs Midwest Flyers 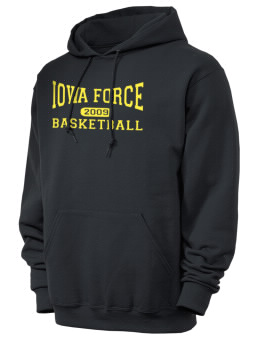