4 Steps To A Smothering Defense

It is true--more can be accomplished on defense with hard work over skill. But that is not to say that basketball coaches shouldn't teach defense as well as they teach offense. Most coaches teach defending the ball, denying the wing, playing the post, etc. I have not seen enough coaches teach defensive philosophy, tactics and situations as they do on offense.

Below are a few defensive concepts that I believe should be a part of your playbook if you want to defend well as a team.

The first rule of defense should be dictation. Defense should dictate to the offense and not let the offense control the game. Basketball is a "read and react" game. In most cases, the offense makes a move and the defense reacts and tries to stop it. A good defensive team forces the offense to react to them.

When the offense brings the ball up the floor, does your team stand back and let them decide where they are going to start? Or do they force the ball to a particular area or to a particular player? When faced with a ball screen, do you force the ball to or away from the screen? When playing cutters, do you allow them to come through or do you try to force them to take a different route? When playing cross screens or down screens, do you allow the action to take place or do you force adjustments?

Forcing the offense to play your style and in the areas where you are strongest is the first step in becoming a better defensive team.

It stands to reason that the smaller the area you have to defend, the better your defense is going to be. Cutting off the ring has long been a successful tactic in boxing when in a bout with a very mobile opponent. Give your team areas that you want the ball to be in and don't let it out. My personal preference is to force the offense to play on only one side of the floor. By keeping the ball on one side of the floor, you can limit penetration, reach the shooter, even determine who will handle the ball. If you play at a level where you play with a shot clock, not allowing the ball to reverse is especially effective.

Other coaches try to force the ball to the baseline, others to the corner. Though the areas are different, the thoughts are the same: Force the offense to play in only one area.

It stands to reason that if you can have more defenders than offensive players in an area, the more effective the defense will be. That is the concept of help. When one defender gets beat, another is there to take up the slack. That is defensive help. Defensive help gets better when you are able to dictate to the ball and shrink the court.

What do your players do when they are not guarding the ball? Do they stand and watch? Do they play their man? We like to teach, when on ball side, you guard the man first and the ball second. We also teach that the man with the ball is the most dangerous player on the court. When the ball is on the dribble and going to the basket, it is everyone's job to guard the ball. Help defense is critical to stopping the penetration, layups and the problems they cause. If your help can keep the ball out of the lane, your defense will be much more effective.

Talking is the key to drawing any group together. Can you imagine sitting in a room with a group of people with a common goal and not talking to one another? How will you accomplish your goal?

Players have no problem talking on offense. Simple things like "I'm open" or "Throw me the ball!" seem to get players involved with one another. Defensively, simple things like, "screen right," "I got him left," "drive him my way," or "I've got your help right," etc., will get your team to play as one. Once everyone knows what their teammates are doing and they are behind one another, confidence goes way up--as does performance.

If you want your team to play better defense don't just practice defense. Practice team defense. Build your defense so your players can help one another and your team defense gets better

Everyone, no matter their playing ability can learn to play good defense. If we look at great defenders, there are certain characteristics that they all have in common. A team's defense cannot be better than the individuals who play it. Therefore, if a player wants to be a GREAT defender and contribute to their team, there are certain requirements they will need to practice, learn, and do.

Defense starts in your head. That's why I believe all players can become great defenders because if they have the mental side of defense, the physical requirements will follow.

The four mental characteristics are as follows:

A player needs to be determined to become a great defender. Playing defense is hard work, and doing the hard work starts with desire.

These aspects go hand in hand. Players need to be aggressive on defense. Don't let the offense dictate what and how you play on defense. Confidence will grow as a player continues to practice.

Do not be distracted on defense. Stay focused on the task.

Knowing your opponent, your own ability, where you are on the floor, proper technique, and other conditions of the game are important to successfully defend.

The seven physical characteristics are as follows:

These are probably the first characteristics that come to anyone's mind when thinking defense. Having quick feet to get and stay in proper position are key to great defense. Both of these can be improved with various drills.

This is key to great defense. Your feet should be apart wider than your shoulders with one foot slightly ahead of the other. Keep the knees bent, back straight, hips and butt low, and head in the middle of body with your chin up.

3. Proper positioning of the hands & arms

Focus on the mid-section when your man has the ball. If your man does not have the ball, you should be able to see both him and the ball. If you have to lose sight of one for a moment, stick with your man.

Great defenders talk to their teammates. Call for help when needed. Let your teammates know where the ball is. Talk helps with the concentration aspect for the whole team.

Size is relative, although it is a nice benefit. A smaller player can play taller than they are, and the reverse is also possible. Technique and desire contribute to this characteristic. With speed, remember the popular saying, "be quick, but don't hurry." Speed is great when under control.

Never give up and keep trying. Sometimes when things are not going great, your effort can turn the corner in the right direction. There is no excuse for lack of hustle. Everyone can do this no matter your level of ability.

These are the characteristics that all great defensive players have. The most important are the first and last characteristics listed. They are also the ones that we have the most control over. The other characteristics won't do you much good if you don't have the desire to be a good defender or if you refuse to hustle.

Want To Use This Article In Your E-Zine On Website?
You can, as long as you include this complete blurb with it: HoopSkills.com is home of the 'Train Your Game' weekly ezine with 12,000+ subscribers. If you're ready to get on board and receive FREE basketball training & coaching tips on a regular basis visit www.hoopskills.com.

Pro Tip of the Day:

How Important is Rest or Sleep for Basketball Players?

Basketball Parable
“When I was playing basketball as a young player I was constantly in pain. I noticed later on that if I made sure I regularly got at least 8 hours of sleep every night, my legs & knees didn’t hurt as bad. I know that some people might be turned off by how simple of a concept that is but the fact of the matter is, it’s real. Your body needs sleep and if you deprive it when you are growing and playing lots of basketball, you’ll pay the consequences. It’s the best medicine you can give your body at a young age when you are putting so much wear and tear on it.”

Today is a different era than we have ever seen before. YouTube has videos of thousands of players. People are getting filmed without even the knowledge of it taking place. A couple years ago a video was leaked with Lebron getting dunked on by a college player that would’ve never happened when I was playing. I mention this because coaches are watching things now that they never had the chance to see before and that ends up being good and bad. It used to be that coaches only got to see highlight videos or clips that we put together ourselves where now that simply isn’t true.

Players  that spend their summers staying up late playing video games and waking up at noon or 1 o’clock the next day are not the kids that we want. You all should get a solid 8-10 hours of sleep a night and learn how to treat your bodies. Let’s look at a situation:

It sounds funny and nerdy but the best choice is to give your body the best chance to recover. Ice it and then get some sleep. I know you’ll be riled up after the game but the best way to cool down is by icing up your knees or ankles and getting well. Sleep. You’ll have plenty of time to attend parties or do social events during your lifetime but you wont be able to get these valuable development years back once they’re gone. Consistency and Repetition are very important factors at this stage of developing. Making sure you take care of your body is a huge part of learning how to  play the game of basketball at an Elite level.

Basketball Parable
“When I was a senior in high school I turned my ankle during a big game for us. I went in at halftime and got it wrapped and went out and played the 2nd half. I scored 24 points after halftime and played a great game. When the game ended my ankle felt great so I took a hot shower and by the time I got out of the shower my ankle had started to swell up but still didn’t hurt yet. I went out with some friends after the game and within an hour I could barely walk. I missed our next game and it really cost our team all because I didn’t immediately take care of my body like I needed to. Had I immediately put ice on it and went home and got some sleep, I’m very confident I wouldn’t have had to sit out the next game. That’s how much of a difference it can make.”

Understand that it isn’t just about you but other players on your team. It is about who you represent and respect for others. Treat yourself well by getting proper rest so you can be the best player you can. 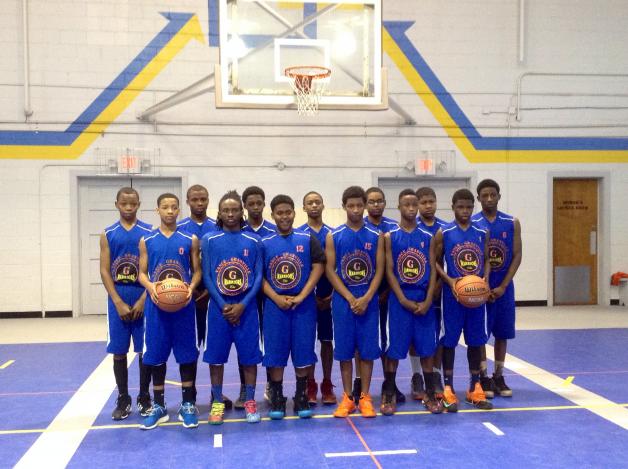 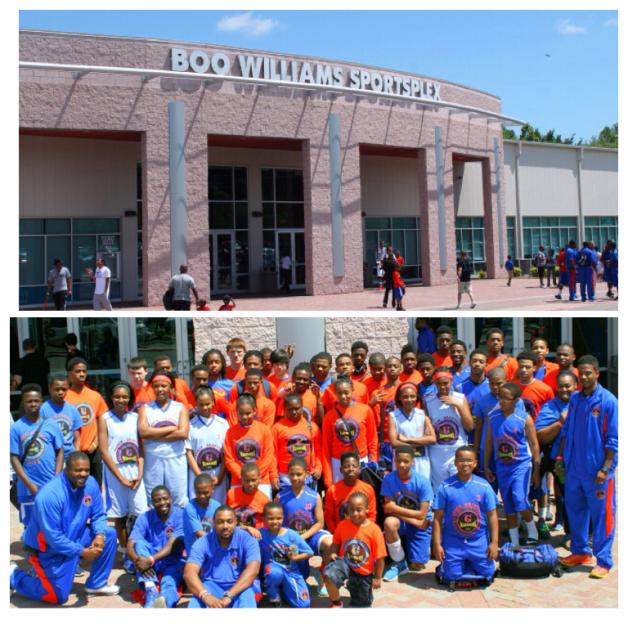 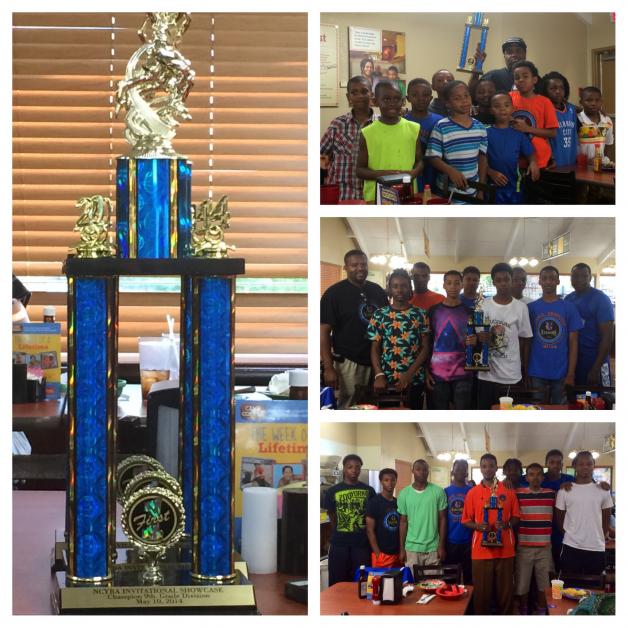 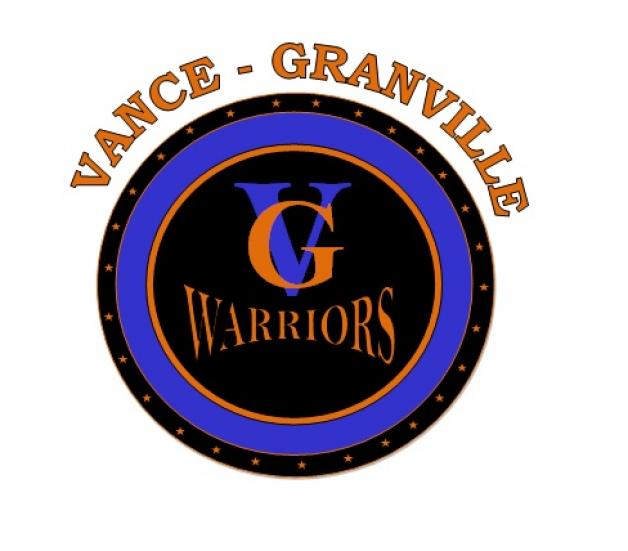