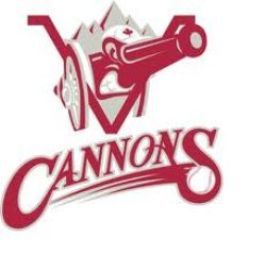 We’ve all seen a walk-off home run.  Or a walk-off line shot for a single.  Sure.  But a walk-off passed ball?  Very strange.

But strange it was last week when the Cannons clipped the Coquitlam Reds at Queen’s.  With the bases loaded in the bottom of the seventh Byron Prasad scooted home with the winning run on a passed ball to give a 7-6 victory.

It marked the third win in four games for the Cannons, the youngest team in the PBL.

It also marked the debut of Lee Jensen, the big righthander who has been steadily rehabbing from arm surgery.  Lee threw his first inning of the season, closing with the scored tied in the seventh.  After four straight balls to walk the lead-off man Lee settled in to shut the door and pick up the win.

Connor Noble and Brandon Marklund owned the mound as the Cannons blanked the Whalley Chiefs 3-0 at Queen’s.

Noble allowed only one hit and one walk over five innings, striking out seven.  Marklund finished it up, giving up one more hit and adding a K.

Former Chief Alex Cyr led the attack with a pair of hits and made a couple of difficult catches look easy in left field.  Luc Hamel chipped in with a key RBI single in the second inning and Geoffrey Legg, Byron Prasad, Mike Orosz and Bradley Smith also added knocks.  Orosz, who runs very well for a catcher, stole his fifth bag in league play.

In the opening game of the doubleheader Trevor Anderson, who leads the PBL in strikeouts by a wide margin, posted nine K’s and gave up only three hits and a pair of walks as he lowered his ERA to 1.63.   But he also hit four batters, which contributed heavily to a 4-1 Chiefs victory.

Hamel, who has been solid at shortstop, drove in the only Cannons run with a single in the second.

Favaro, Favaro and Orosz rip it up

The legal firm on Favaro, Favaro and Orosz were the law at Queen’s Park when the Cannons stopped the White Rock Tritons 9-3.

Brandon Favaro, a student at who has just returned to the Cannons lineup, collected three singles and drove in a pair of runs.  His younger brother, Nick Favaro, still only in grade nine, added a pair of RBI doubles, and catcher Mike Orosz put the exclamation point on the win with a two-run triple before scoring on a passed ball.

Josh Gaudette, Max Wood, Ian Creamore and Luc Hamel chipped in with singles and five Cannons shared the victory on the mound.

Bradley Smith was absolutely lights out against , giving up only one hit and two walks while striking out six.  But a sudden attack of unearned runs allowed the Pirates to nip the Cannons 3-2 at Queen’s.

Bradley threw his best game of the year and deserved a much better fate.  Unfortunately, he also made a couple of throwing errors to contribute to the cause.  But that didn’t diminish his performance on the mound, marked by a blue chip fastball and much improved command.

Taylor Ginnetti had a great day at the plate, driving in a pair of runs with three solid hits, and Mike Orosz added two more knocks.

In fact, the Cannons out-hit the Pirates 7-1.

In the other half of the doubleheader Connor Noble turned in his usual solid effort but the Cannons couldn’t muster much offence and the Pirates prevailed 2-0.  Noble struck out five over his six-innings on the hill.

The Cannons lost a tough one to , 3-2 at McLeod with Trevor Anderson solid on the mound.  almost pulled it out with a strong comeback in the seventh when Noble and Orosz doubled and Nick Favaro singled to tie the game.  Smith also went two-for-three.

Ryan Dempster got out of the gate with a brilliant effort, striking out 10 and giving up only two hits.  But the Chicago bull pen broke as slowly as a snail in the Cubs home opener and was about as effective as holding off a hurricane with your bare hands.

Dempster went seven and two-thirds innings against the Washington Nationals, throwing 108 pitches, and left the game with a 1-0 lead.  Ian Desmond had both hits for the Nats.  He led off the game with a line drive single and then drifted a groundball into right field in the eighth when Cubs first baseman Jeff Baker thought he was in bull fighting and waved the ball through, expecting second baseman Darwin Barney to
make the play.

Ryan then K’d Danny Espinosa for his 10th punch-out and Cubs manager Dale Sveum went to the mound and the bull pen.  At which point set-up man Kerry Wood, a good friend of Dempster’s, walked three Nats in a row to tie the game.  Ultimately, closer Carlos Marmol was touched for a run in the ninth and posted a 2-1 opening day victory to the horror of 41,000 Wrigley Field faithful.

“Ryan was incredible,” manager Sveum said, later.  “His command of his fastball, his split, his cutter, his slider, everything was tremendous.”

“I just tried to attack the zone,” Dempster said.  “I stayed aggressive and put pressure on them to swing the bat.”

As it was he out-pitched Stephen Strasburg, the phenom who dents the radar gun at 97-98 as often as McDonald’s sells a Big Mac. 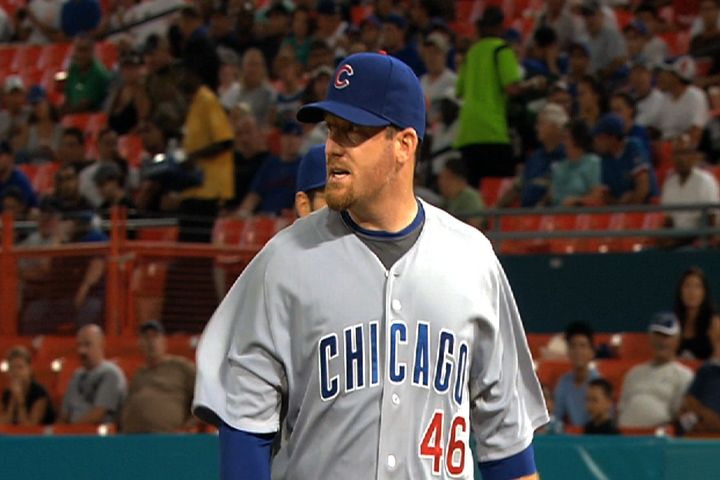 Three years ago, in our first season, the Cannons put three players on the Canadian national junior team.

This was their major stepping stone to pro baseball and all three were drafted by major league teams.  Rowan is playing college ball in California and Tommy   (Toronto Blue Jays) and Vaughn (Cincinnati Reds) have signed pro contracts.

Playing for B.C. Selects and then the national team is what the Cannons program is all about.

Dock Ellis and the LSD No-hitter

The Tyranny of Statistics

CANNONS BASEBALL for players who live in Vancouver, Burnaby or Richmond or have a release from another PBL team.

We believe in LOYALTY

Once a Cannon, always a Cannon

OUR PRIORITY IS YOUR FUTURE

We want to win, of course, but that's not nearly as important as where you play when you leave the CANNONS.  If you develop into a pro prospect and we can help you get drafted, then great.  But equally important is a chance to play college baseball and get an education.

The Cannons put three players on the CANADIAN NATIONAL JUNIOR team in 2009, including pitchers Vaughn Mabone Covington and Tom Robson and catcher/outfielder Rowan Wick.  And Cannons ace Allen Rimer was named Top Pitcher in the PBL.

In 2010 Rowan was drafted in the 19th round by the Milwaukee Brewers.  And last season the Cincinnati Reds selected Vaughn in the 11th round.

Head coach Dave Empey has developed players drafted 23 times by major league teams and put 12 into professional baseball.  Three of them reached the major leagues, including pitcher Ryan Dempster, a National League all-star in 2000 and 2008 and the team leader of the Chicago Cubs.

We had a very young team our first season, with seven grade 10 players on our senior team, but we still managed to finish in the playoffs.  In 2010 we added a Junior team and our emphasis remains the same.

We expect to get players drafted by Major League teams and we focus on our graduates going on to college baseball.  With that in mind, the Cannons are committed to player development in Vancouver, Burnaby and Richmond.