Macomb (AP) - Team Guinness did not miss the opportunity to advance to the finals on Saturday night, but that did not stop someone from missing something  along the way.

Joe Szymanski scored 20 seconds into overtime to secure the win for Team Guinness advancing the team to the finals for the 12th time in 12 years (23 seasons).  LW Lance Miller fed Szymanski with a keep away pass and progressed to take the puck into the offensive zone and blast a shot past an unsuspecting goalie for the win.  It goes without saying that the goal was much needed and deserved since since they had three chances late in the third period before the game was sent to overtime.

"Joe netted that shot, and the bench went nuts"  said Nick Buckler.  "I cleared the boards I jumped so high off the bench"  Alex Barile added. "But the truth is we should have won before the end of the third period, with all of those chances".

With less than 2 minutes left in the game after the Fury had tied the game, Team Guinness had lost the hold they had in the game and felt it slipping away.  But before everything faded away, Team Green got 2 odd man rushes one with Nick Buckler missing an open net and then again with Joe Szymanski and Alex Barile unable to convert on a 2-on-1.

"We did not play a good game and we know it".  explained coach Scott Jakey "But what we did know is that we had to get our****togther to get that win".  Team Guinness skated to an 8-2 win last week and were sent into early shock as The Fury scored early and asserted themselves on Team Guinness with speed and strong puck handling.  However, Guinness was not going to be held down without a fight.  Dan Fornarola scored within 50 seconds later to tie the game, and it the rest of the game was a match of back and forth goals.

In the third Team Guinness took the lead 4-3 but failed to hold on and allowed a late Fury goal to tie the game at 4.  Coach Scott Jakey called a timeout to regroup with 1:34 left on the clock.  However with several odd man rushes and a flurry of shots on goal Team Guinness was unable to win the game in regulation.

To start the overtime period, Team Guinness put fresh bodies on the ice and hoped that they had enough juice to make something happen. "Id' be lying if I was not concerned that we had lost our edge when we were unable to score late in the third"  added Jakey.

Avoiding a letdown, once the puck was on his stick Joe Szymanski took matters into this own hands, he skated into the Fury zone, made a move past the first defenseman and scored the game winning goal.

After the game, goaltender Mike Urban delivered the quote of the night.  In the lockerroom discussing the events of the game, Chandler Morey said to Urban "I didn't even see that first goal go in"  Urban replied with "Neither did I".

Team Guinness will have to wait until Sunday night to learn who they will face in the finals.  Fury will be taking on the Grinders who beat FUBAR Saturday night.  Both teams bring their best and it will be a great finals either way. 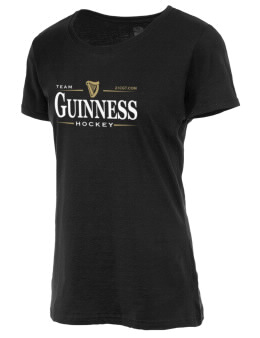