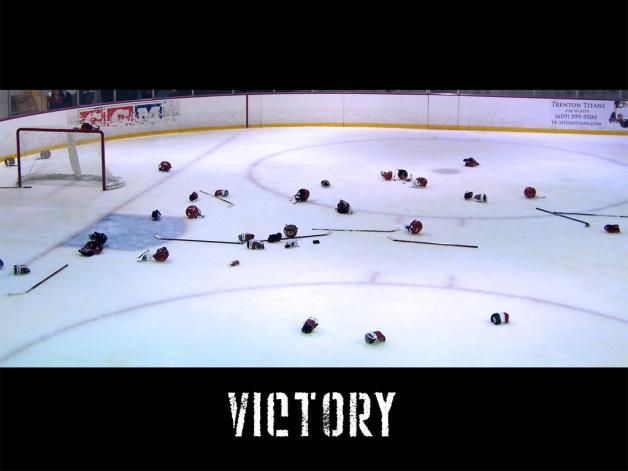 Macomb MI (AP) -- Say what you want about this team, and there is plenty of material depending on which side of the puck you are standing.  However, love 'em or hate 'em, there is no denying...There is no quit in the Team Guinness.

Darin Ode had two goals and Tarek Makled and Dan Fornarola scored late in regulation to start the incredible comeback and then got the deciding score in the shootout to give the Team Guinness a 6-5 victory over the Up the Creek on Saturday night.

Down 5-3, Guinness coach Scott Jakey pulled goalie Mike Urban with 2:13 remaining in regulation. It worked, as Makled scored from the side of the net with 1:41 left to pull Guinness within one.

Urban returned to the net briefly before heading to the bench again and, Fornarola tied the score with his first goal of the game with 23 seconds left.

''Never mind the grey hair, I'll have to get my heart checked,'' Guinness coach Scott Jakey said. ''I told the guys that it only takes two shots, and I knew they would fight to find a way win. We're made it a lot harder on ourselves, but we also made it interesting.''

In the shootout, Tarek Makled started with a fancy yet simple blocker side fake back to the glove side with a committed goalie sprawled in the wrong direction.  Szymanski followed suit with a very similar move that resulted the same way.  When the first shooter of Up the Creek missed his shot, it put all the pressure on the second shooter who was stoned and Team Guinness goaltender Mike Urban cemented the victory.

''That's a fun third period to play,'' Fornarola said. ''You never want to be down a couple goals like that going into the third, but we did a great job in the third period. We got lots of shots, lots of traffic in front of the net and finally capitalized on our opportunities.''

The victory marks the first time Team Guinness was truly pushed to the point of realizing their first loss of the season.  Not to take anything away from the other close games, but this game forced Team Guinness to look down the barrel of a 2 goal deficit with less than 1:45 to play.

Expected to challenge for the team lead in goals this season, Tarek Makled entered the night with eight goals on the season and continued his pursuit of scoring champion with his ninth goal late in the third.

''Definitely some relief,'' said the 21-year-old Makled, who signed a multi-year deal at the start of the season. "It's a lot of pressure to come to a team and take the role of sniper or playmaker, just trying to find playing time and make the most of the time on ice has been my focus."

''Coach Jakey was out there with us tonight and that was awesome, he's been dealing with his injury and we know how much he hates to be away, but on a night like this with the dramatic win, it was just great to have him there with us.  We definitely fed off his energy.''

Mike Urban had 32 saves for Team Guinness, and despite allowing five during regulation he really stepped up in the shootout and made two very nice saves to complete the comeback victory.

''I don't care how many we give up,'' Urban said. ''As long as we score more and win that is all we care about and obviously tonight we wanted to win more than we were accepting of losing." 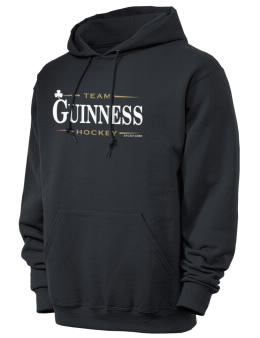