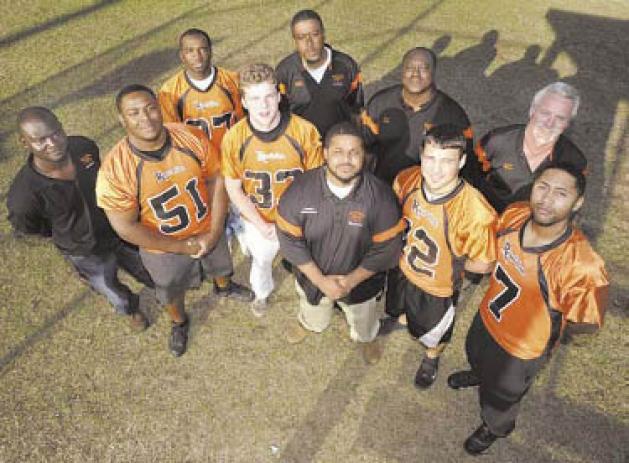 Kicking off a new season

The Glynn County Revolution have been holding full-pad practices since New Years Day, in preparation for the upcoming semipro football season. That season kicks off today against a rival the Revolution knocked out of the playoffs last year.

Glynn County takes on the First Coast Cardinals at 1 p.m. at the Old Jane Macon Field, 3885 Altama Ave., Brunswick. Tickets are $5 at the gate, with season tickets available for $20.  The Revolution are coming off their best season in their brief history. The team advanced to the championship game of the National Independent Football League last year, losing to the Bay Area Warriors, out of Tampa, Fla., in the Integrity Bowl in Tifton. The Revolutions success last year leaves just one goal to achieve  a championship.

Weve only left one thing to shoot for now, Revolution head coach and owner Jeffrey Waters said. We thought we had a good team last year, and we would make it into the playoffs.  It never occurred to me that we would make it that far.

The Revolution return some key players from last years squad, including quarterback Stephen Prevatt and running back Bill Arnett. Waters also said the defense is as fast and tenacious as it has been in years past. The Revolution lost some players, but added some new talent to the roster. We lost some good players, Waters said. Two went to school and a couple of them

have retired. With those guys leaving, we did add quite a few quality fellows  guys like Frank Demery, Richard Cash and Mathew Delaney. Thats really going to boost the team right there. One of the retired players, Cornelius Richardson, joined Waters on the coaching staff as an offensive and defensive line coach. James Lewis will serve as offensive coordinator, Shawn Brown will coordinate the defense and Al Manley will coach the special teams unit.

First Coast comes into Saturdays contest with a chip on its shoulder. The Revolution advanced to the championship game with a 28-6 win over the Cardinals last year. Waters said First Coast wanted to start the season with a rematch. I really expect this to be our biggest challenge of the year, Waters said. Theyre a very good football team and we have built up a good rivalry with them. They seem to bring out the best in us. They asked for this game after we bumped them out of the playoffs last year. Were expecting them to come up here and try to take it to us. What it will take for the Revolution to win todays game, and eventually a championship, according to Waters, is the proper mindset. The coach and team owner has preached family and playing as a team since the team was founded in 2009.

Waters said the players are starting to pick up on the message. Last year, we did what we did as a group of really good athletes, Waters said. The thing that separates good teams from championship teams is when they start playing for each other. All the championship teams you ever talk to, the men that played on it talk about not wanting to let the guy next to them down. They didnt play for the money or glory.  Ive been preaching that since we started and (the players) are starting to get it. Theyre buying into that and becoming a family. I think thats going to be the thing that separates us from everybody else in the league. 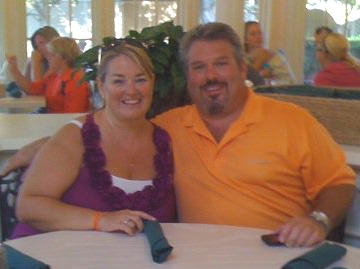