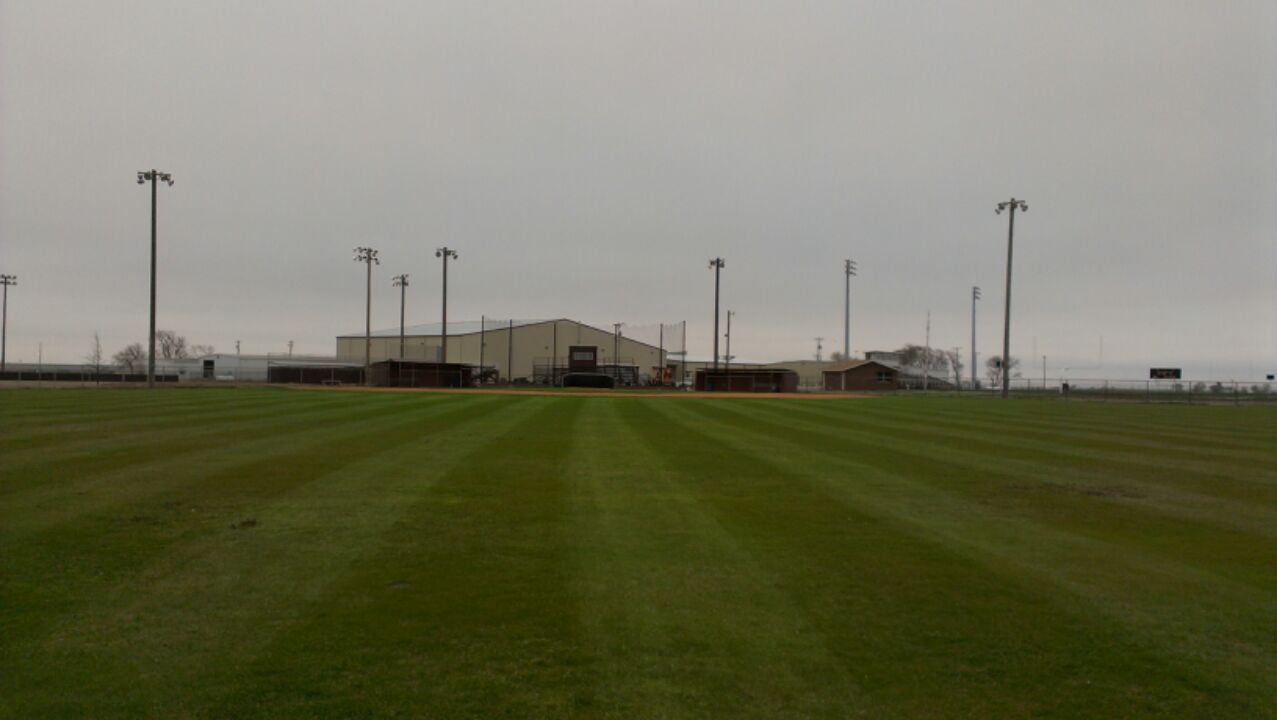 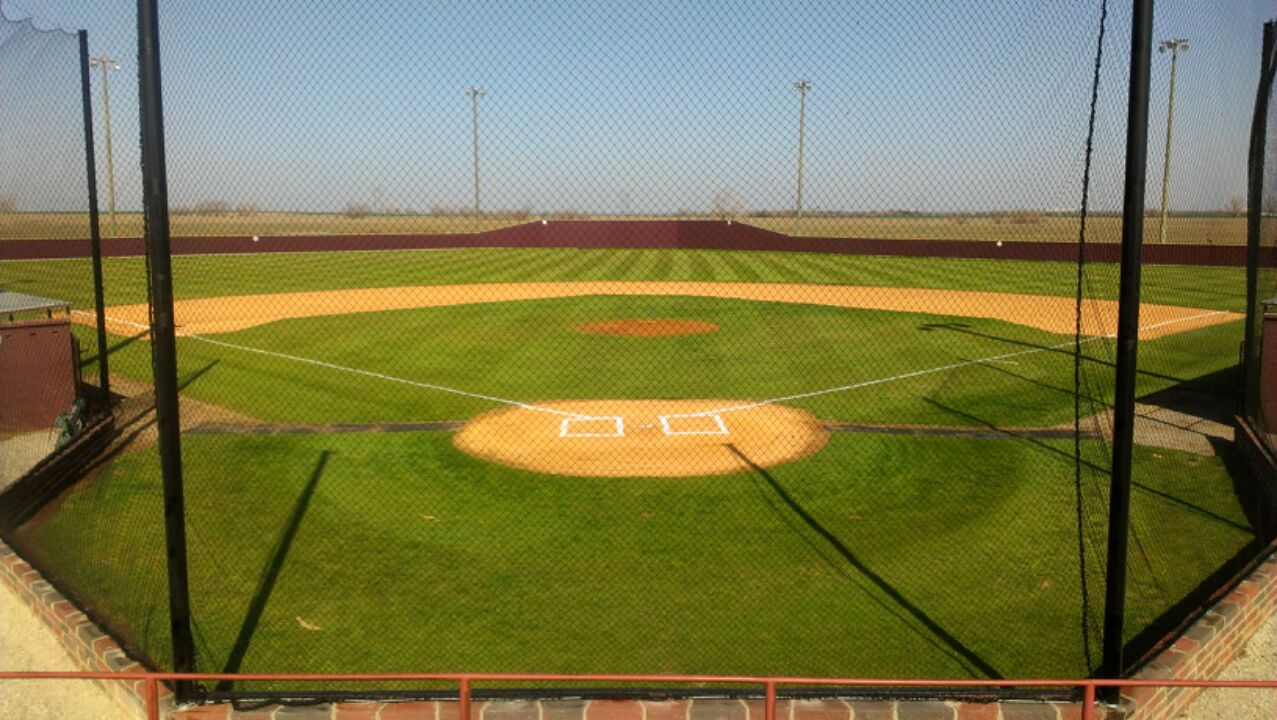 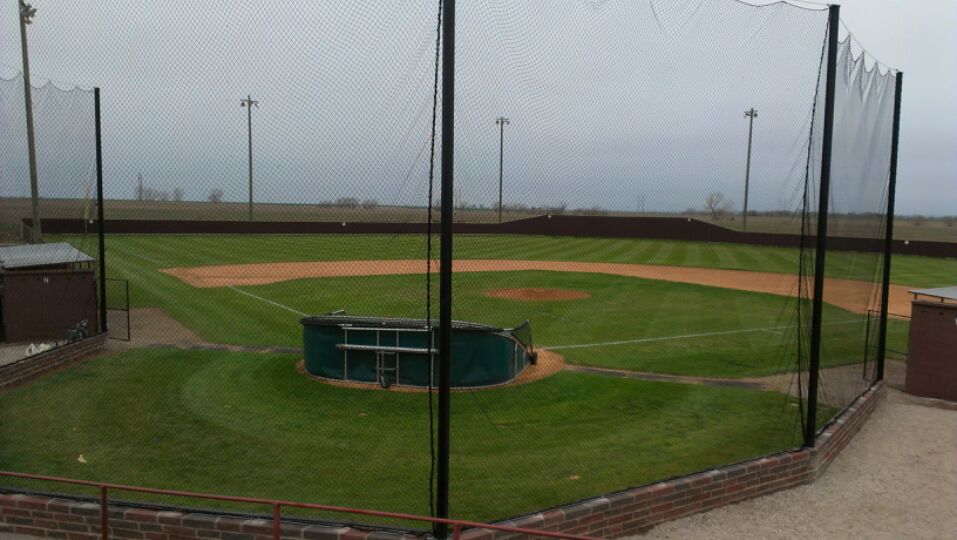 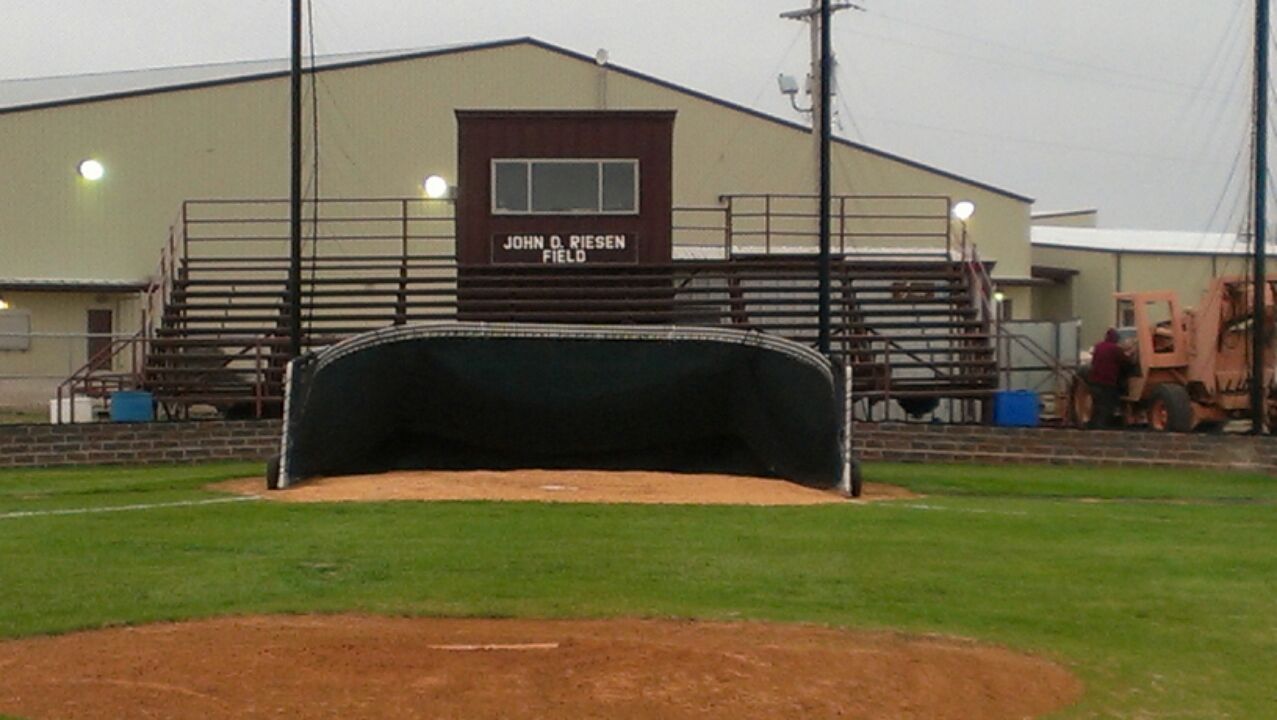 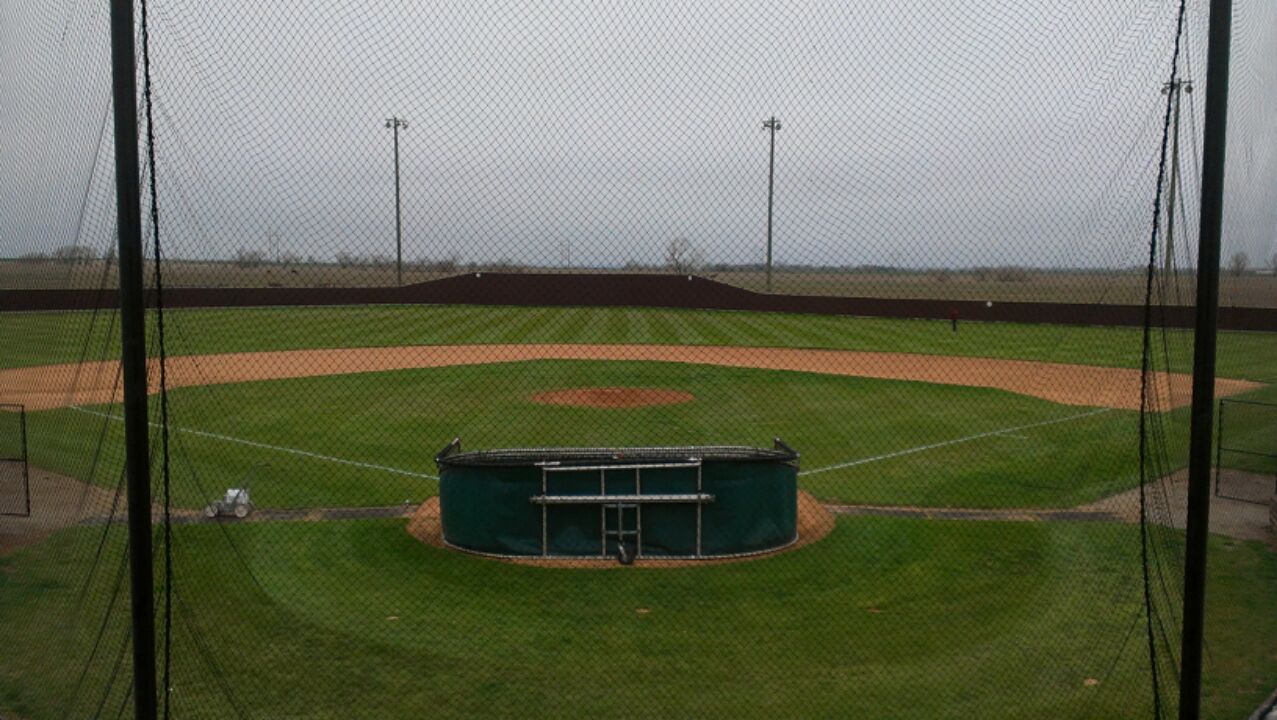 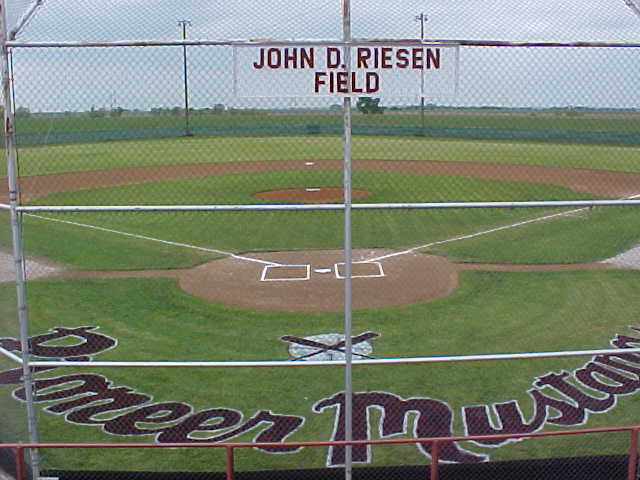 Pioneer plays their home games at beautiful John. D. Riesen Field.  Built in 1989, it was dedicated on May 9, 1991 at the Pioneer Sports Banquet.  Named after former Principal, Teacher, and Coach John D. Riesen.   The field is a jewel on the PHS campus.  In recent years Riesen Field has underwent several major improvements.  In 2002 the backstop was moved back about twenty feet. 2003 saw the addition of a brand new press box and storage facility as well as a new scoreboard.  In 2004 new bullpens were built and a new underground watering system was installed.  In 2006 a new maroon outfield fence was constructed. In the winter of 2013 a new concrete wall backstop with net was constructed. The side fence was redone in 2014 with the pipe painted black and new powder coated black chainlink fencing put up to replace the aging fence.
The field plays host to the Pioneer Baseball Camp as well as four different tournaments each year, the Chisholm Trail Invitational in March, the Pioneer Junior High Invitational in April, the Merrifield Office Plus Invitational and the Pioneer Tournament in June.  Riesen Field has also hosted numerous District and Regional playoff tournaments as well.

Pioneer has a great indoor facility with three full length batting cages or 6 half cagtes as well as three portable pitching mounds and room for up to 15 hitting stations.  This gives the Mustangs a huge advantage of being able to work out year round in any type of weather conditions.  In 2009 the Mustangs added a Fungoman practice machine and an "Iron Mike" pitching machine to its indoor hitting facility.  The pitching machine holds up to 600 balls and gives the Mustangs another advantage for practicing indoors.  New lighting and new artificial turf have been added as well as a new paint job to help with seeing the ball.The Pioneer Indoor Facility is one of the best small school facilities in the state.