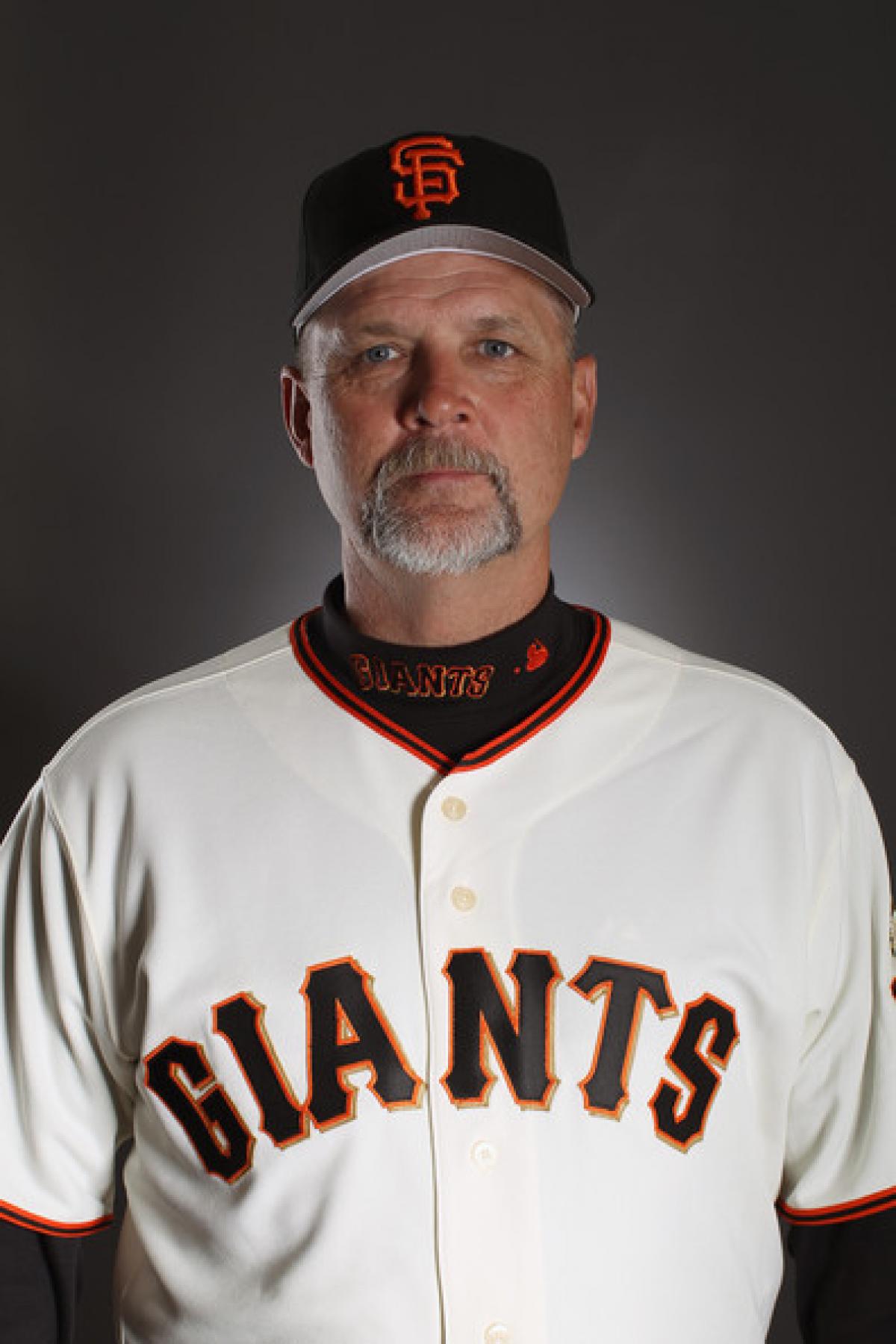 As something of a deputy bullpen coach, Bill Hayes dispenses advice to the Giants’ relievers and to catcher Buster Posey.Credit Eric Risberg/Associated Press

SAN FRANCISCO — Bill Hayes held out his hands to examine them, side by side. His left wrist was heavily taped, and his left thumb, left middle finger and left ring finger were taped as well so his joints wouldn’t bend back when he went to do his catching in the bullpen.

See, he said, his left index finger was plump compared with his right. He doesn’t wear an extra glove under his mitt and hasn’t done so for years. His hands didn’t hurt, though, he added. His back felt fine enough, too. Just sometimes getting around, he feels a sharp pain in his knees, as if he had just been kicked there. It was torn cartilage, from years of crouching. He said he had put off surgery because it would cut into the hunting season.

Such is life for Hayes, who is 57 years old and has served as the San Francisco Giants’ bullpen catcher for the last 12 years. The job, in numerous ways, is thankless and meant for younger men, not someone with all the mileage Hayes has on him.

But Hayes keeps going. He is there to help throw batting practice before games and then to catch pitchers at a moment’s notice when they need to warm up. He has done it for so long now that he is one of the oldest, and longest-tenured, bullpen catchers in baseball and, in effect, a deputy to the team’s official bullpen coach, Mark Gardner.

As a reward for all the aches and pains he feels, there is this: He finds himself within reach of his third World Series ring in five years, something not many other current members of the always-evolving Giants roster can say.

“The game can’t beat me down, I guess,” Hayes said with a shrug as the Giants prepared for Game 3 of the World Series on Friday night.

The Giants say that Hayes, despite his unglamorous job title, has been an invaluable component in all the success they have achieved in recent years, with World Series titles in 2010 and 2012 and another strong run this October. They say that Hayes may be relatively anonymous but that he is, in fact, something of a franchise institution, right there with Buster Posey and Pablo Sandoval and the manager, Bruce Bochy, who, like Posey and Hayes, was once a catcher, too.

On a normal day, Hayes throws batting practice to the first group of hitters, which usually includes Posey, Sandoval and another of the team’s best offensive weapons, Hunter Pence. Someone else, someone younger, catches the first bullpen sessions of the day. Then, after he’s done throwing, Hayes might approach Posey with advice.

The two of them have worked closely since Posey made his major league debut in 2009 at the age of at 22. As a high first-round draft pick out of Florida State, Posey was more polished than most young catchers. But Hayes was there to give some tips.

For example, early in his career, Posey’s hands were so quick he would try blocking pitches by just snatching them with his glove. Hayes showed him how to lead with his hands but to get his body down as well. He was always demonstrating.

“He’s easy to talk to and has a good feel,” Posey said. “He’s somebody to bounce stuff off of. If I ever need anything extra, he’s always there. He’s been huge for me.”

Once, Hayes was a first-round draft selection himself, selected by the Chicago Cubs with the 13th pick in 1978 after he caught their attention with his play at Indiana State. He went one pick after Kirk Gibson was taken by the Detroit Tigers.

But unlike Gibson, or Posey, Hayes’s major league career lasted all of nine at-bats, over two seasons. He spent a few more years in the minors, shifted to coaching and then spent 14 years as a minor league manager.

He served as the bullpen coach for the Colorado Rockies for one season, but his first extended shot at the majors came in 2003, when the Giants gave him the job he still holds. By then, he was 45, but in many ways, the best part of his baseball career had just begun.

During games, Hayes sits with the relievers in the bullpen and catches for them when the call comes from the dugout to get ready. He passes the time — and there is often a lot of time to kill in the bullpen — telling baseball stories or hunting stories, or just sharing jokes. He has the ease that comes with so much baseball experience, that lets him ad-lib when he feels the urge. Once, when the left-handed reliever Jeremy Affeldt was warming up, Hayes turned to a fan sitting nearby and said, “Would you put him in if he’s throwing like that?”

When he’s not joking, and often enough he’s not, Hayes offers relievers the insights he inevitably gathers as he catches them in the bullpen. He knows that the pressure increases on the relievers as the postseason arrives and that it is his job to calm them down and help them focus, or maybe just leave them alone.

“He’s a comforting person to have down there,” Affeldt said.

Brian Sabean, the Giants’ general manager, said players gravitated to Hayes because of his long experience in the game and because they genuinely enjoyed his company. Like Hayes, many of the Giants’ pitchers like to hunt. Recently, Jake Peavy gave Hayes a pair of cowboy boots, an appropriate gift, perhaps, for an old hand whom the players like to call Wild Bill.

Actually, Hayes noted, “they call me a bunch of things.” Not all of them, he added, were printable.

Friday happened to be Hayes’s 57th birthday. The players hadn’t done anything special for him, he said, and he didn’t exactly want anything. (He already had those cowboy boots.) He was busy preparing for the game, and he had a few notes on the Royals’ running attack that he wanted to share with Posey.

He said his knees felt fine, knock on wood. 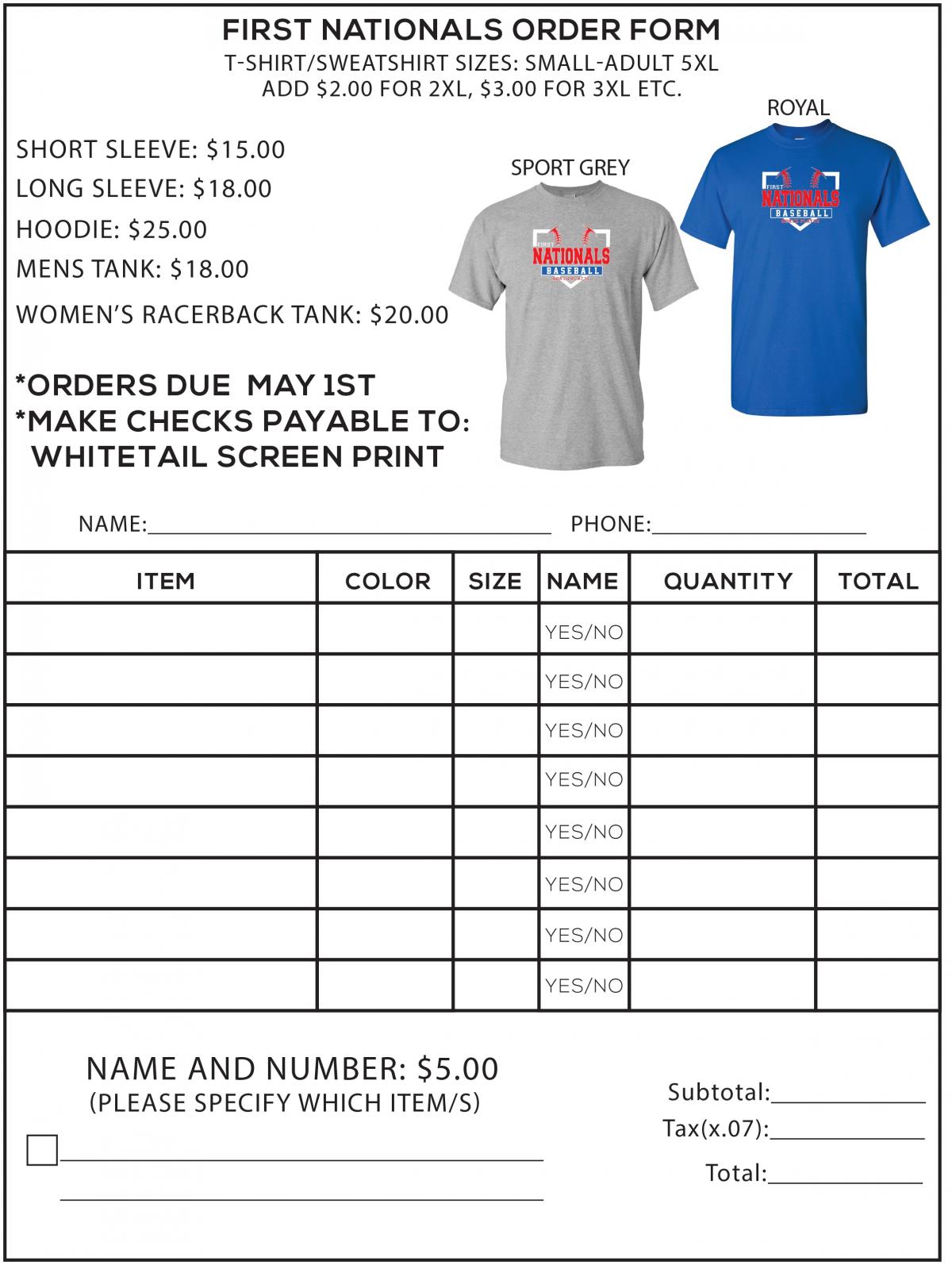 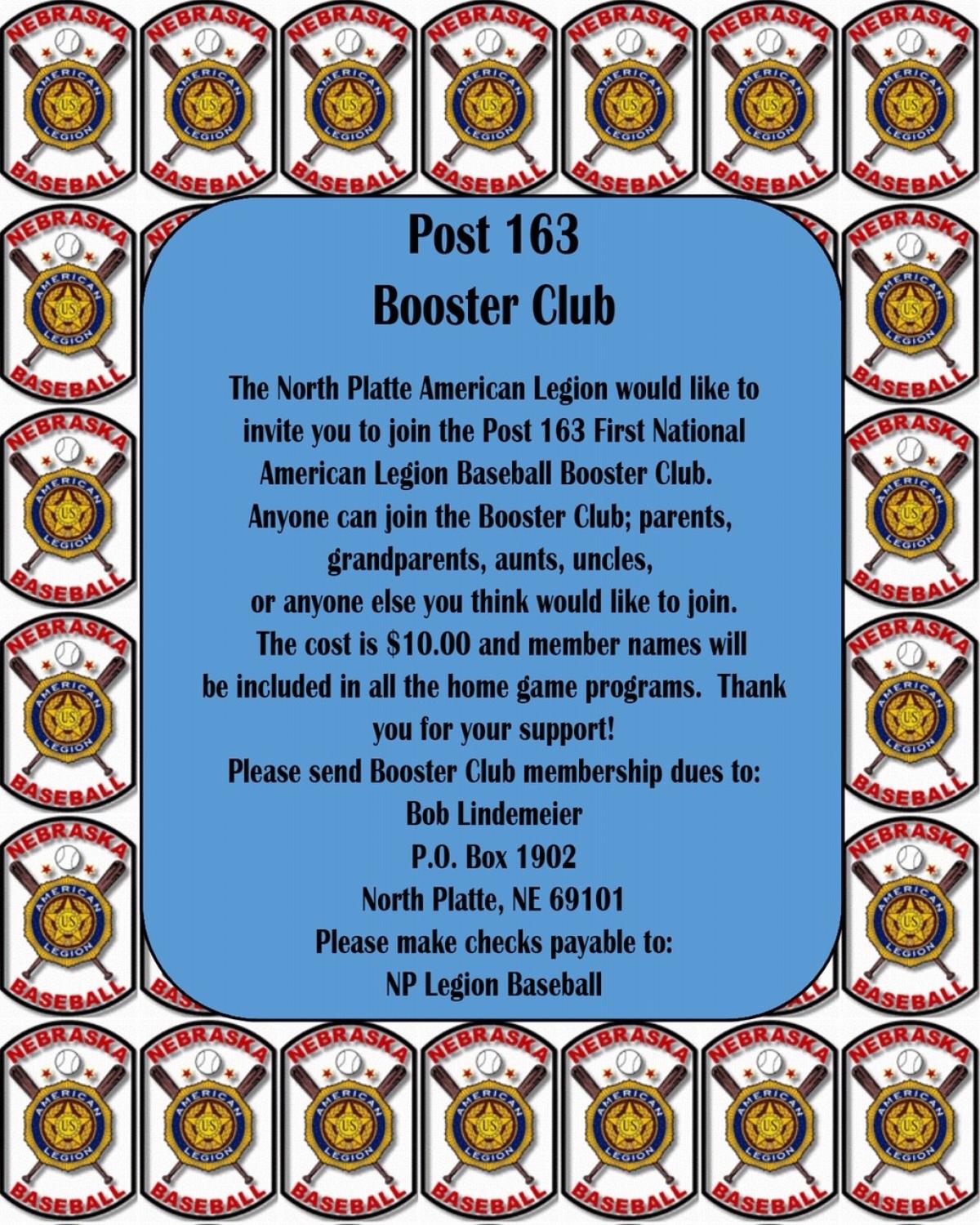 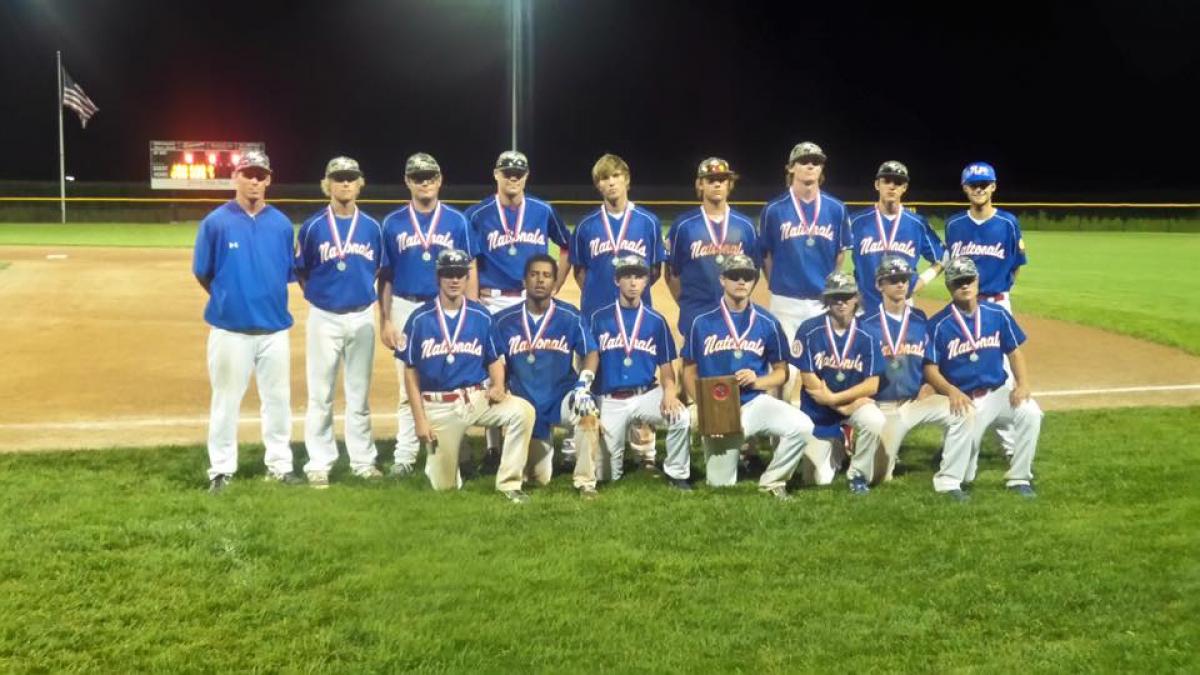 2015 Juniors are runners-up at State! 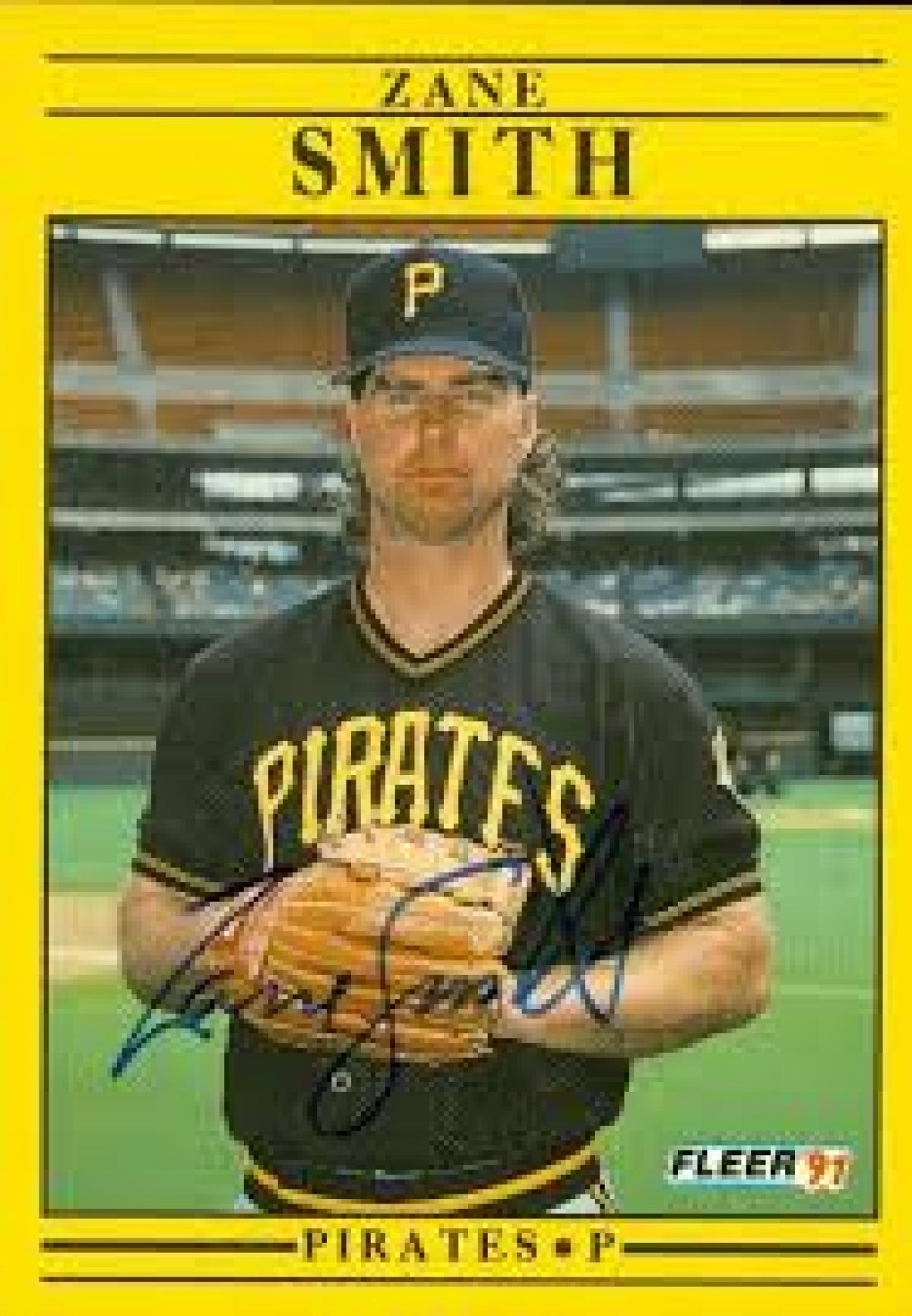