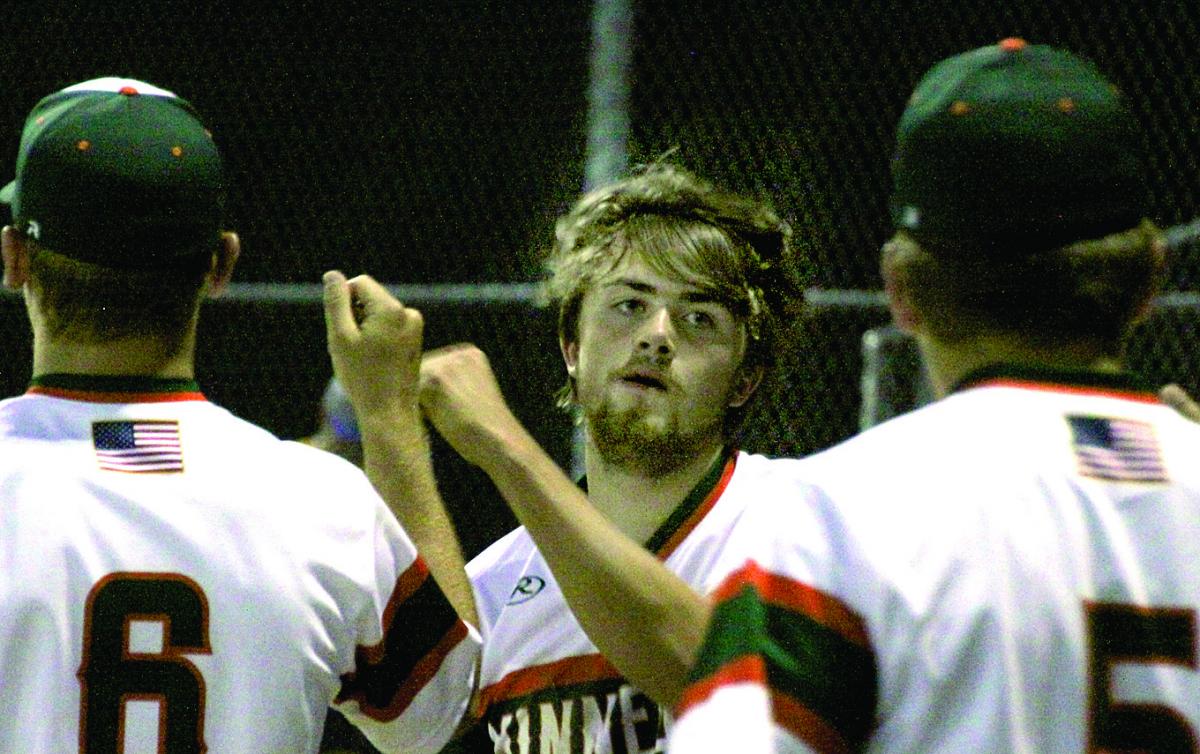 Minneota's biggest league game of the year is coming Saturday against Dumont at Wheaton — so Wednesday's 8-7 victory over the Marshall A's was, as Manager Tyson Sonnnburg said, "A momentum booster."

"This was a game in which the lead changed five times — it was back and forth," said Sonnenburg. "It was nice to do that against a good team," added Sonnenburg.

To get the job done, Assistant Manager Beau Buysse went to the mound and held the A's off for two innings of relief to secure the win.

In the eighth he started out shakey with a walk and the tying run sacrificed to second. "But on the last batter of the eighth inning I found my curve ball," said Buysse. He fanned two and put the A's down in order in the ninth and Minneota began to savor a nice victory.

They were down 7-5 in the sixth when Jake Leighton led off with a single. A booming double to left by Austin Buysse scored Leighton and it was 7-6.

Then Leighton did it again in the seventh. An error put catcher Jesse Drager on first, but he rolled his ankle crossing the bag and had tocome out of the game. Pinch runner Sam Buysse advanced when Beau Buysse was hit by a pitch. A passed ball put them on second and third and Leighton unloaded again with a single to score both runners and give the Mudhens the 8-7 lead.

"I was glad to see us hitting the ball," said Buysse, who was savoring victory with a well-earned save for Bryce Gorder, who relieved Zach Nuy and threw two innings.

"Beau battles and is tough. He got out of the eighth and came to the nineth and shut it down," said Sonnenburg.

Leighton, who also knocked in two runs in the second with a single ended 3-5 with four runs batted in.

Pinch runner Sam Buysse scored the tying run and it was Beau Buysse who scored the game winner.

"After a 10-day break, it was nice to see us play a good game," Buysse added.

Marshall, which is now 14-3, has three league games this weekend and paraded five pitchers to the mound during the back-and-forth contest.

The A's got three runs off starter Zach Nuy in the second inning. "Most of their hits were not hard-hit," said Nuy, who Sonnenburg said, "Pitched well.."

But In the fifth Marshall got two more and Nuy needed relief help from Gorder and Buysse.

"We wanted to get all those guys in on the mound," said Sonnenburg. With Dumont (4 p.m.), then Cottonwood on Sunday (2:30 p.m.), the Mudhens needed some "warm-up" for their relief pitchers.

Their ace, Danny Hennen didn't play, but is expected to be on the mound Saturday against Dumont.

Sonnenburg told his players he was happy with the way they kept coming back and didn't five up. "You just kept battling," he said.

For Marshall, Peyton Grant had three hits and Connor Winkelman, Ryan VanMoer and Zach Olson each had two hits. They collected 13 hits to nine for the Mudhens, but committed four errors and stranded nine runners.

"They've had a good season," Buysse said about the A's. But on this date, the Mudhens were at least one run better.

NOTES: Saturday's game at Wheaton is at 4 p.m. On Sunday, Cottonwood will host the Mudhens at 2:30 p.m. in Cottonwood.

"Cottonwood is fighting to stay in the top six for the playoffs and Dumont is also undefeated in the league, so it's a big weekend," said Manager Sonnenburg. 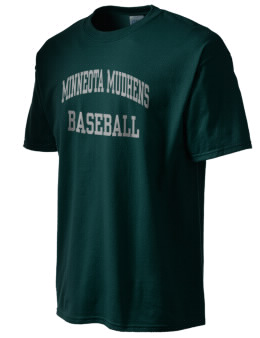