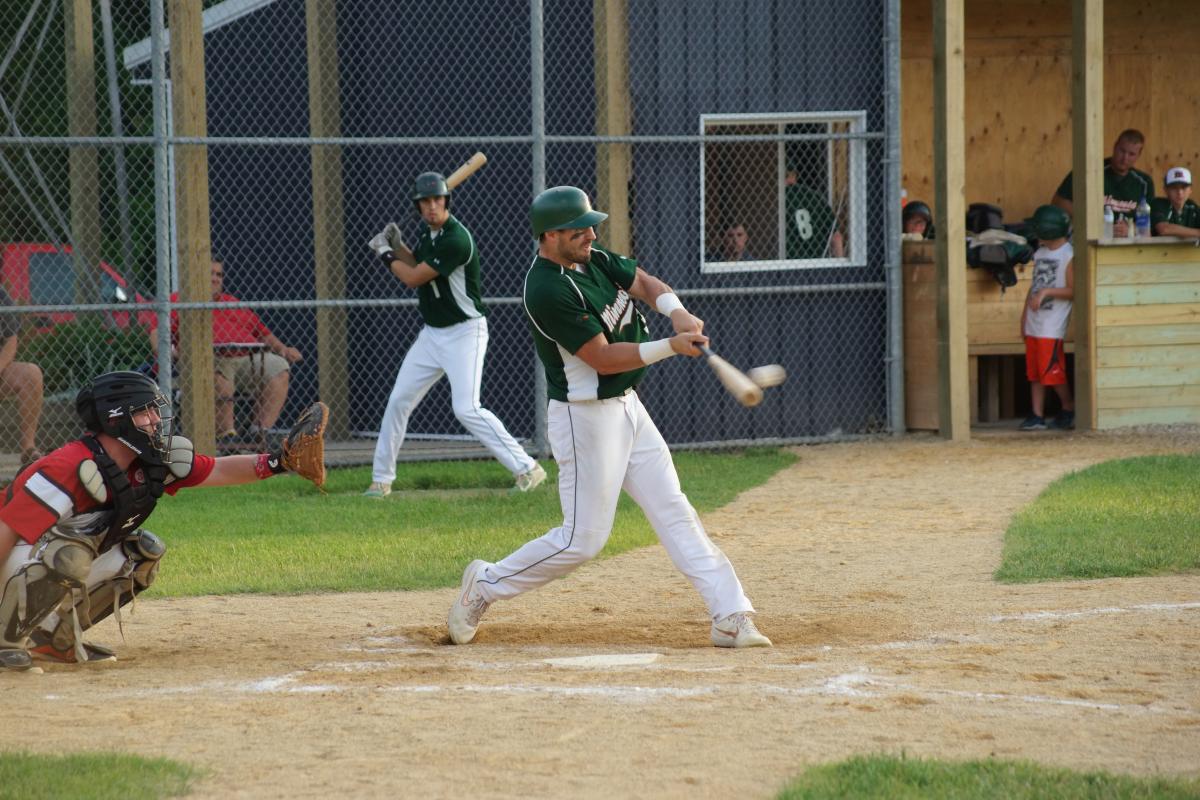 They say pitching is the name of the game — and when the Minneota Mudhens began to suffer problems with their pitching staff, it seemed as though the team’s future was in doubt.
But now, slowly but surely, the pitching staff is is healing and after an 11-1 win in seven innings Friday against Ortonville, the staff is much more stable.
“It was a nightmare,” said Bryce Gorder, a fastball reliever had suddenly lost his control a few games back and couldn’t put the ball in the strike zone.
After a pair of short, solid relief efforts, Gorder fanned one and put out the Rox in order in the seventh. Gorder sighed with relief. He’s worked hard to get himself back to the position where he can help his ball club.
“I’m just relaxing and controlling my breathing,” he said.
Starter Zach Nuy, who had an MRI on his ailing right shoulder confirmed he has a tear in the shoulder, but he added, “It’s less painful than it used to be.”
Rather than surgery, he hopes to pitch through it. Friday night he started and threw 25 pitches, allowing just one run and three hits while striking out two.
“Zach threw really well tonight. He threw a lot of strikes,” said Manager Tyson Sonnenburg.
The plan was to start Nuy, bring in his cousin Peyton Nuy and then Gorder. Peyton Nuy went three innings, allowing just three hits without a run.
“We wanted to make sure Zach got in some pitching but would be ready on Sunday in relief,” said the manager. Ace Danny Hennen is scheduled to start against the Eagles at Morris.
After the Morris game, the 15-4 Mudhens have a non-league game with Marshall but league contests with Dumont (6-0 in league play) and Cottonwood.
Ortonville, hardly the power they had been without five former starters, couldn’t muster much offense against the Mudhens.
And Minneota hauled out the heavy lumber, banged out 11 hits in seven innings and dispatched the Rox early.
Manager Sonnenburg, already hitting well over .300, was 3-4 with three runs batted in. And Jake Leighton continued his hot streak going 2-3 with a pair of RBI’s. “I’m seeing the ball real well right now,” said Leighton.
Austin DeVlaeminck, near the top of the team in batting average, was inserted into right field for the first time and continued his hot-hand, going 2-3 with two runs knocked in. One of his hits was a double. Austin Buysse also had a pair of hits, Beau Buysse came through with a single during a five-run third inning rally and he knocked in two runs. Peyton Nuy scored three runs for the Mudhens and had a key sacrifice bunt.
When asked about playing another position, DeVlaeminck said, “I haven’t played outfield before.” He’s played first base, second base and catcher. “He’s versatile,” said Manager Sonnenburg. Outfielder Alex Pohlen has missed this week due to the Hope Lutheran Church Mission Trip.
In addition to his three hits, Manager Sonnenburg contributed a pair of astounding catches in cenerfield. In the second inning he came in on a ball to snag it off the ground and in the sixth he went back to the fence to pick off a potential home run off the bat of Joe Fuller
Minneota is flying high, still leading the Land O’Ducks, now with an 8-0 record. They’re looking for a top seed in the upcoming playoffs — but there’s still a lot of work to do with games remaining against three tough League foes.