Pitchers and Catchers can report on March 11th! Come out to work on important skills!...

Madison La Follette will welcome in a new coaching staff for the 2017 season. Coach Mielke comes from Edgewood College, UW-Stevens Point while serving as Head Coach/Manager for the Madison Legion Post #501 team. Mielke worked as the Recruiting Coordinator for Edgewood College from 2013-2016. He hails from just north of Madison as a Waunakee graduate. Mielke continued his baseball career at perennial power UW-Stevens Point. For the past 6 summers, Mielke has guieded Madison Legion to 3 AAA State Championships. Jake Page will help Mielke at the Varsity level. Page comes from Madison East,Madison College,Davenport College,UW-Stevens Point. Coach Page has seen success as a baseball player and coach. He has helped hitters for Madison College, Madison Mallards. Jake Yellovich will serve as the Junior Varsity Head Coach in 2017. Yellovich comes to LHS from the Minneapolis,MN. Coach Yellovich played his collegiate ball at Edgewood College. La Follette will have the youngest coaching staff in the conference and quite possibly Wisconsin.

The Lancers will welcome two new faces to the staff, Brian Cizek will join the staff after graduating from Washington University in St. Louis, MO. Cizek played 1B and pitched for Washington U. Last year he hit .361 and finished in the top 5 on the team in  slugging percentage, on-base percentage, RBI, doubles, HR's, total bases and walks. He was also a two time Academic All-District Team for the second time in his career. The Lancers will also welcome back AJ Verhage after he completes his senior year at Edgewood College. AJ is a former All conference pitcher and is currently the closer at Edgewood College. Last year he led the Northern Athletic Conference in saves.

Kian O'Brien was the fifth Lancer to be named first team all-state. O'Brien hit .527 as a senior and wall also named All-District, All Confernce and Player of the Yar in the City.

La Follette completed a unbelievable season when they finished runner up in the state title game. The Lancers ended up losing to Bay Port 10-5 in the championship game. Below is links to video and stories on the great run. Also thanks to all of our supporters who helped make the run possible.

Countdown to
First Day of Practice 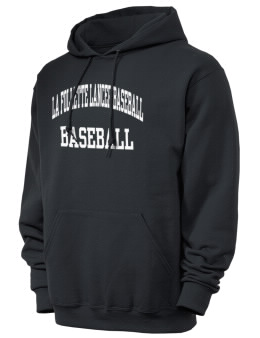