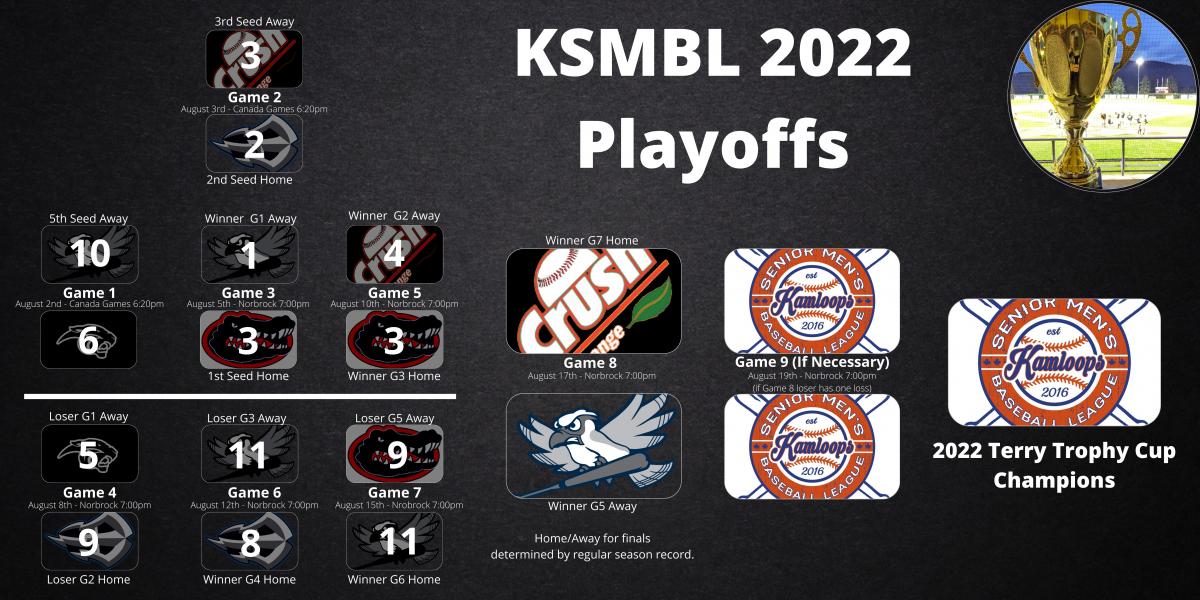 The Integra Mortgage Grey Jays had another stellar night at the plate scoring 10 or more runs for the third time in four games this post season en route to overcoming the Gators 11-9.

The Gators managed to push themselves back into the game late, but were ultimately closed out by Tyler Lowey who earned the save in the team's victory.

The Integra Mortgage Grey Jays return to the KSMBL finals after bowing out of the playoffs after three games last year. This makes four finals appearances in the last five years. The Grey Jays of 2018 and 2019 represented the KSMBL in the Baseball BC Provincial Tournament, which will be hosted here in Kamloops for 2022 after it was cancelled due to the COVID-19 pandemic in 2020 and 2021.

Game 1 of the finals takes place Wednesday night at Norbrock Stadium, first pitch scheduled for 7pm. The Kamloops Truss Orange Crush could defend their title with a win on Wednesday night. Should the Grey Jays win, they will force a second game this Friday which will give them an opportunity to dethrone the Kamloops Truss Orange Crush and once again host the Terry Trophy Cup. 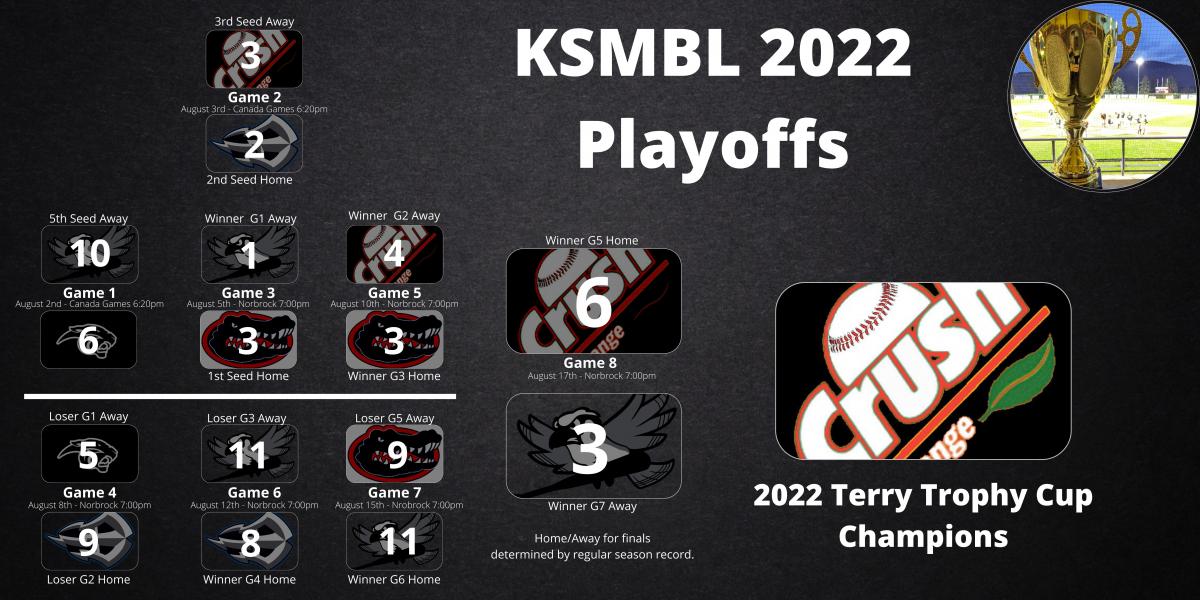 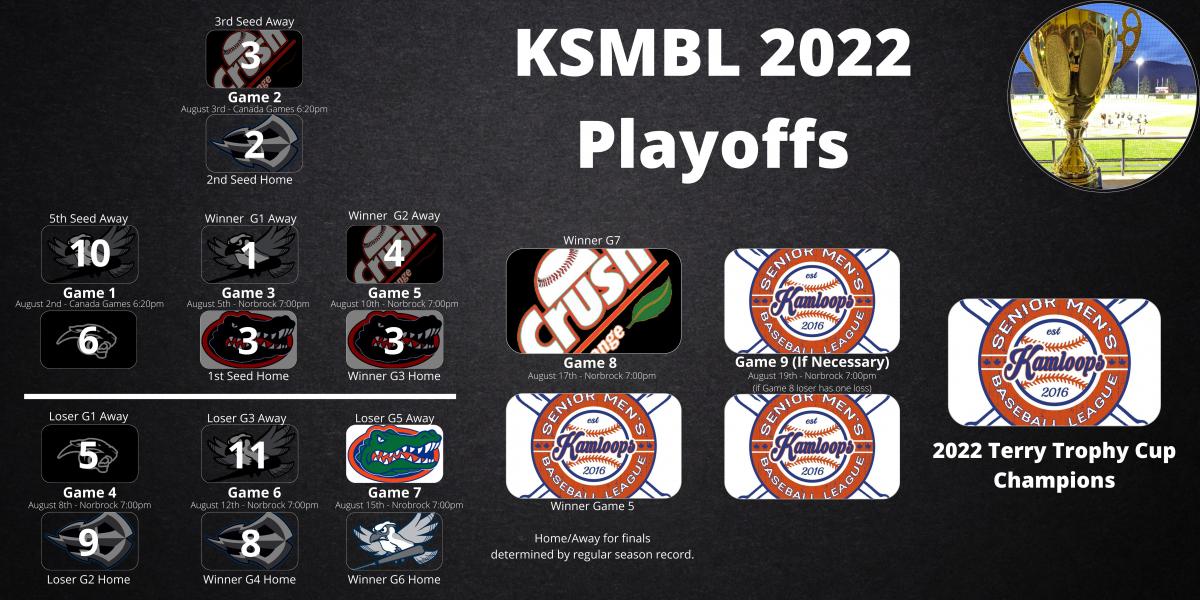 Integra Mortgage Grey Jays advance to face the Gators for a berth in the Finals.