The 2019 post season was decided this weekend in a best of 3 series between the Grey Jays and Orange. Games 1 and 2 were played on Saturday.

In the end, those two games were all that was required to settle the 2019 post season.

Game 1 saw a hot start by Orange, surging ahead 4-1 after three innings of play. Wade Moyls held the Grey Jays to only two hits, both coming in the third inning off the bats of Matt McNutt and Erik Brownell. Grey was able to dig into the lead in the bottom of the fourth after a 2 RBI single off of Randy Cichon's bat. Grey starter Alexander Willis was able to hold Orange off the board in the fourth and fifth innings, ending his outing on the mound with consecutive strikeouts.

The Grey Jays bats opened up in the bottom of the 5th scoring another three runs including Devon Grant stealing home on an aggressive double steal play as the Orange catcher threw the ball to second base. Matt McNutt placed a single later that inning scoring Bill Woodruff, putting the Grey Jays up 6-4.

With Alexander Willis in line for the Win, Erik Brownell took the mound in the top of the 6th inning allowing one unearned run over two innings, securing the save and an important Game 1 victory.

Game 2 was underway half an hour early as agreed by both teams. The game was tight through the early goings, Bill Woodruff of the Grey Jays and Adrian Mancini from Orange allowing only two hits and one earned run each through three innings.

The Grey Jays' potent offense opened up in the top of the 4th. Consecutive hits from Woodruff, Ian Pillar, and Dustin Voght loaded the bases with none away. The Grey Jays would score 4 earned runs in the inning, and while Orange countered with a run in the bottom half, and in the 5th they were behind 5-3 heading into the top of the 6th.

The Grey Jays bats continued to pound, singles by Devon Grant, Scott Dearin, and Dan Bowen had combined to score one with Bowen standing on first. Bill Woodruff hammered a ball into deep right centre for a statement 2 out, 2 run blast putting the Grey Jays ahead 8-3. Orange's Nick Garrett scored one more run in the 6th off the bat of Kris "Buffalo" Peters however the work of Dan Bowen on the mound would hold Orange to just the one run over the last two innings.

Scoring two more in the top of the 7th, the Grey Jays held on to secure the 2019 Championship.

The KSMBL "genius crew" of Emily, Shawna, and "PK" (pictured below) have diligently kept score, run the score board, and managed our Facebook live stream broadcasts all year long. After a short deliberation, they chose to name Bill Woodruff the Post Season Most Valuable Player.

Over the 2 games played in the final, Woodruff had one walk, three singles, and a 2RBI Home Run in 6 at bats. He pitched 5 strong innings while securing the win in the series clinching game giving up only 4 hits and 3 earned runs while striking out 5 batters. Honorable mention to Ian Pillar who efficiently caught all 14 innings on Saturday for the Grey Jays under a hot Kamloops sun. Ian scored two runs on two hits and three walks over 7 plate appearances.

The next step for the champion Grey Jays are to head down to Ridge Meadows and once again represent Kamloops at the AA Men's Provincial Tournament over Labour Day weekend. More details will come out soon as they put together their roster of available players and some pickups from within the league.

The KSMBL Executive would like to extend our warm thanks to League Sponsor Terry Trophy for the donation of what we have dubbed the "Terry Trophy Cup", and heavily subsidizing the cost of new jerseys this season for all four of our 18+ teams.

Thanks again to Emily, Shauna, and PK for being steadfast volunteers, your dedication has made a large difference to the quality of product given to both fans and players.

Thank you to our umpires Al and Craig for your hard work through the season. Your job isn't an easy one, and both of you have handled it with grace and professionalism.

Thank you to our fans. We hear you cheering us on both at home and at the ballpark.

More news to follow once we have a finalized roster that will travel to Ridge Meadows for the 2019 AA Recreational Men's Provincial Tournament. 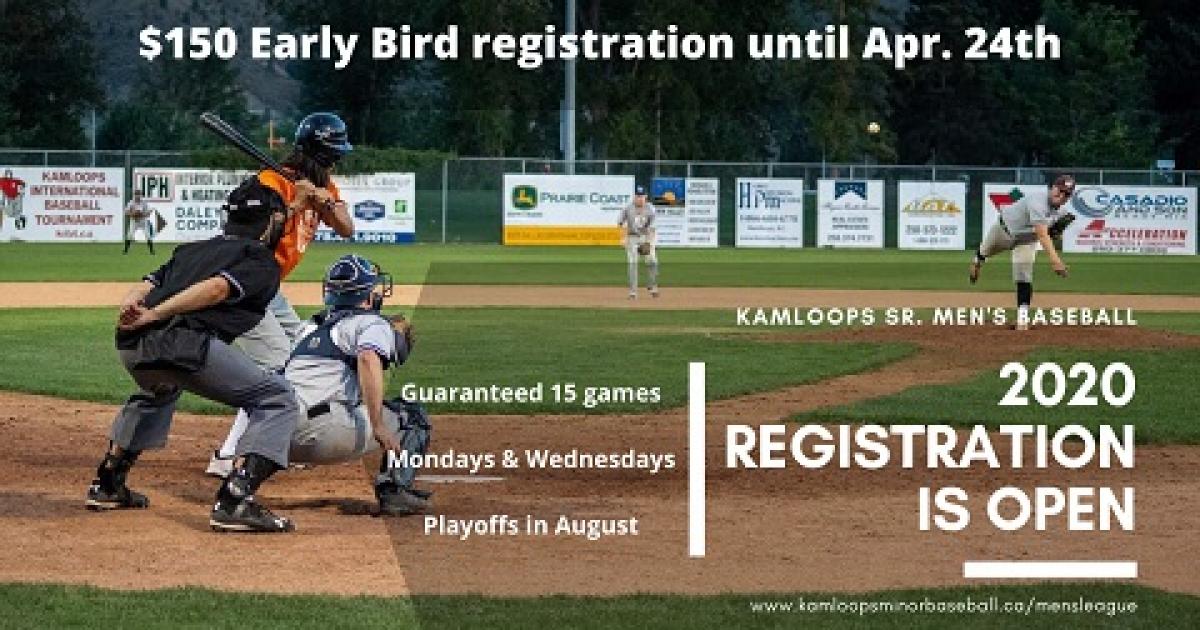