It's a good thing he called in sick and lost his job in order to play his fifth game as a Cannon. 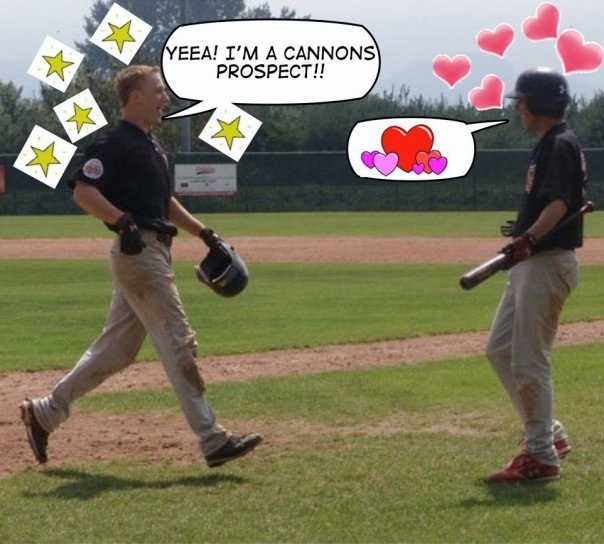 
July 1/08
A View from the bench
with the Hammer

Alright now f**kers you're about to get slapped with davis's small cack and my 9mm gat slap hairy back! Scattered and scabbed seem the Howe Sound Cannons even though wins somehow get found in our colons?? With the non presence of heart and soul members they still Scarry on. Where's OOOOOOOOOOOOOOOOOOOl Lips's tits and where's The Hammer and the meaty bits???? Everyone have a moment of silence for the team stats, JB where you at? Victoria Mavericks want their money back? They can't win money back they never gave up or can they?? Well johnny V may not be there to hit bombs it's his 3rd aunt's sisters husbands step brothers mistresses Bday! It's ok though krazs hairs shoot like venomous barbs of intensity!!!! Midseason tournament we will unite as one powerhouse that was once known as The Laroy watt Oscars Pub tantalus Doors Mountain Shadow Ocean Port Howe Sound CANNONS!!!! Let's fire up now Team Curfew for this weekend has been changed to 5:50am!! GO ATARNAJAUTS!!!!

Semi-Finals and Finals are on Sunday, July 6th at INTER-RIVER

Troy has scorebook
No stats for a week.

Hey kids!
Are you 9 or under and an aspiring "baseball pitcher?"

Well now you too can learn from Dave 'the professor' Firbank, just like the 9 year olds at the recent pitching clinic at Laroy Watt field. If you weren't there, here's a WORD FOR WORD excerpt of what you missed. Please, no dumbfounded expressions:

"Traditionally the 2 seam fastball is gripped like so, thus reducing friction imparted from the digits of the hand unto the laced spheroid and therefore increasing the rotational velocity of said ball, this, coupled with adequate linear velocity and with the alignment of the seams, creates unbalanced forces on either side, generating, in layman's terms, "a wind drag" heretofore altering it's course, mid trajectory. I'll be fielding any relevant questions for the next 35 seconds until it's time to move on to the next topic, we have a lot of material to cover today."

A's always guaranteed to start the year in first place

The Cannons take on the first place (alphabetically) A's this Thursday, June 5th at 7pm at Parkgate field. Howe Sound will have their hands full with the upstart A's who are coming off a franchise best one game winning streak after shutting out the snowman-that-had-a-accident-on-himself Pirates 1-0 this past Saturday.

The game should be a classic as the only other team to finish in last place in the past 4 years has been Howe Sound and prior to Saturday the only A's victory had come against, of course, Howe Sound.


May 8/08
Stilley in tha house
In an exchange of empty threats and insults that sounded like they came directly from the writers of Bad Boys 2, Drew Stilley has declared gang war on the Cannons. Drew, who hails from somewhere that has it's own dialect of English, is a 6 foot 8 former Florida State University pitcher who has taken offence to having his English corrected and decided to take his services elsewhere. It is unsure where the self proclaimed 'baddest 'motherf*#kah who evah thru a ball at yo head' will end up but it certainly won't be the Cannons. Squamish has too much class for that!


May 02/08
A View from the bench
with the Hammer
Yo Yo hold up sluts!
This is the muthaf*ckin Hammer so listen up reds/brewer/a's/moose/pirate ass beehatches!! Drewmuthaf*ckinstilleyupinyourmouth is up in dis bitch to roll the f*ck thru! I heard he has a thing for brewers shortstops too. Drew and I will crush everyone with our bare dirty hands! Anyone got any rollies before we snap! (Beware of The KRAZ 2008!!!!!!!!) By the way he's 6'8" but hung like a 7 footer!


April 27/08
Laroy Watt gets a facelift
The Howe Sound Cannons, along with generous donations of time and materials from Spectrum Landscaping and Alpine Paving, came together this past weekend and gave Laroy Watt a much needed makeover. "We now have a pitchers mound AND a clean dugout," said an unidentified source. "Our pitching staff is usually only good for 12 innings in a day so hopefully this new mound will help with that." he said. In just two days of hard work, the field was brought up to the strict NSMBA standards. Even more exciting, the Cannons can now lay claim to the 3rd nicest field in the entire league! "It was a lot harder work than it looks," he said, "those district workers sure do make it look easy!" Player of the Week

July 10/08
Cheeseburger A homerun and great routine plays at 1st.

June 6/08
Jackie Thompson Well we only played one game.

May 22/08
Jeremy Galley
Some might say passing out in a ditch and giving up 12 earned runs the following morning would automatically make Alex Wis7niki the player of the week, but on the other hand, Galley gave up one run in 7 innings against the Western Canadian Champion Nanaimo Coal Miners, pitched 17 innings over 3 days with 2 wins and won the 2008 Doug Conn Memorial Tournament MVP.


May 9/08
Dave Firbank
A timely & GIANT rbi double, solid work on the mound and some great routine plays at 3rd. 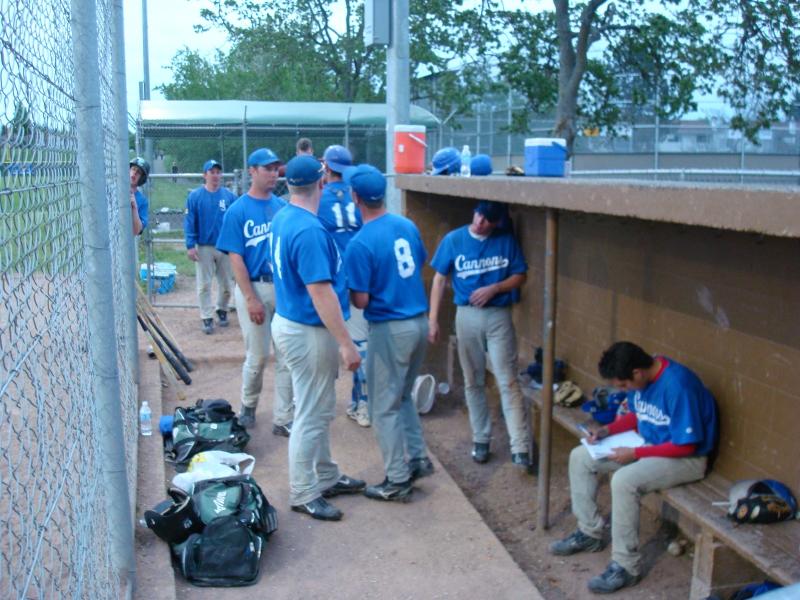 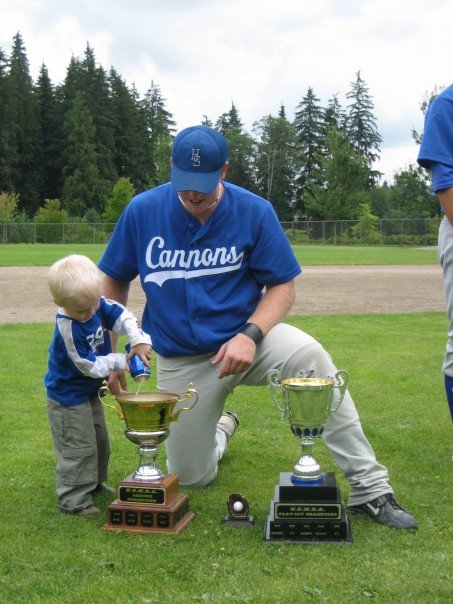 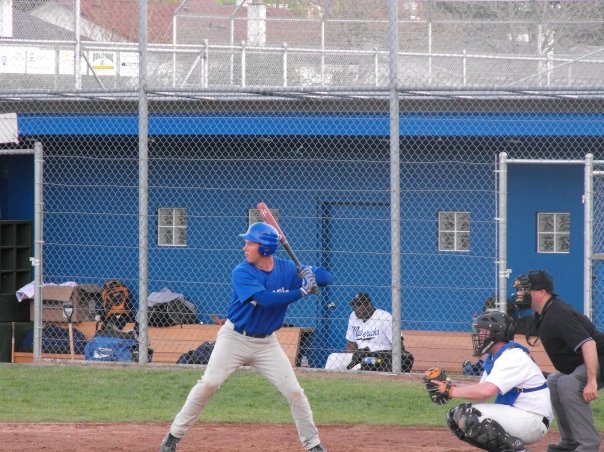 Genghis Tron - Shouldve been a Coalminer. 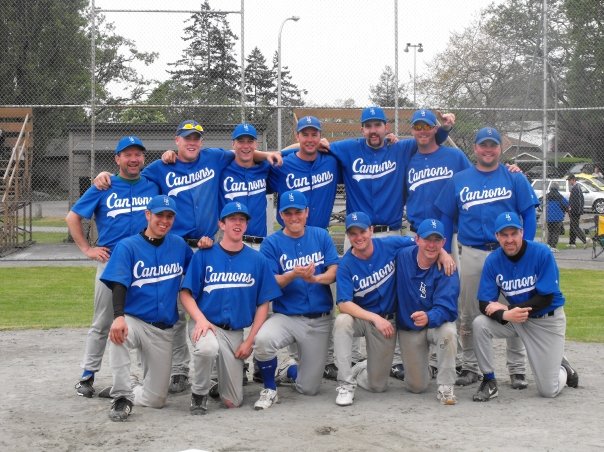 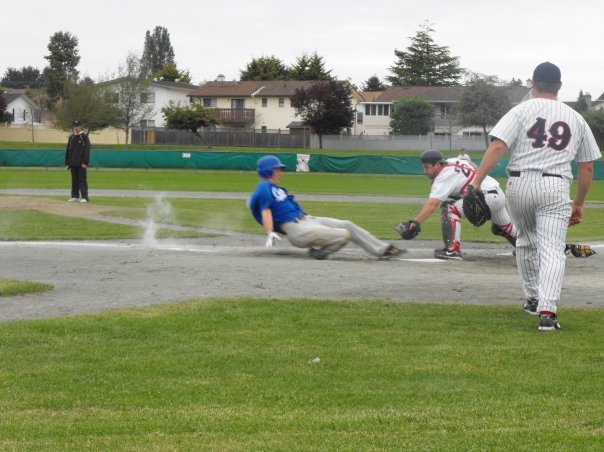 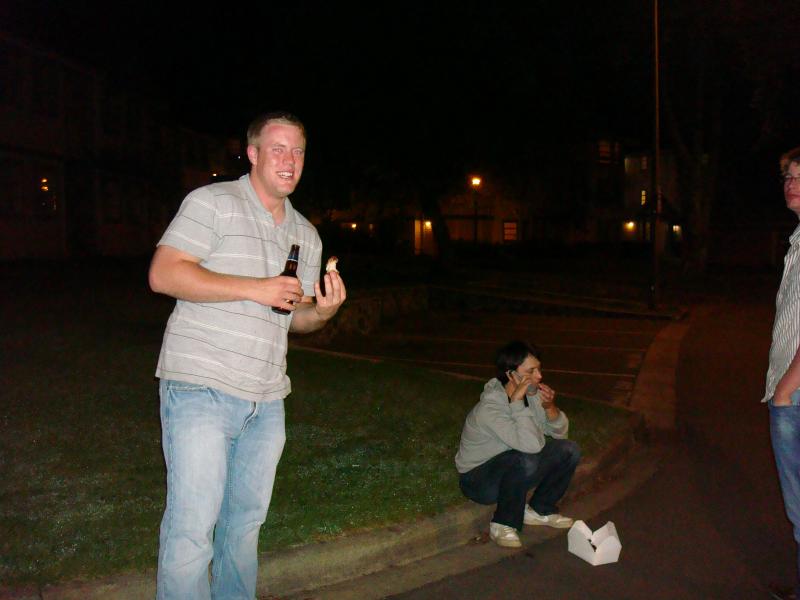 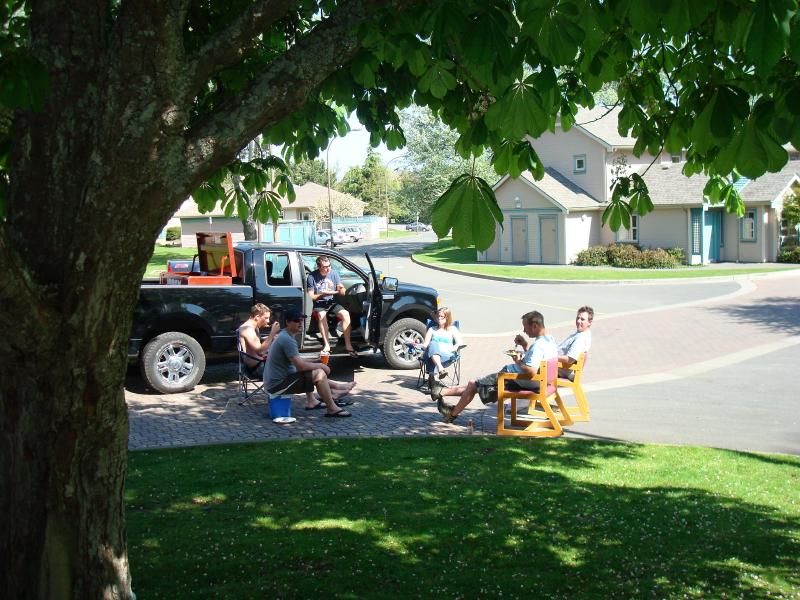 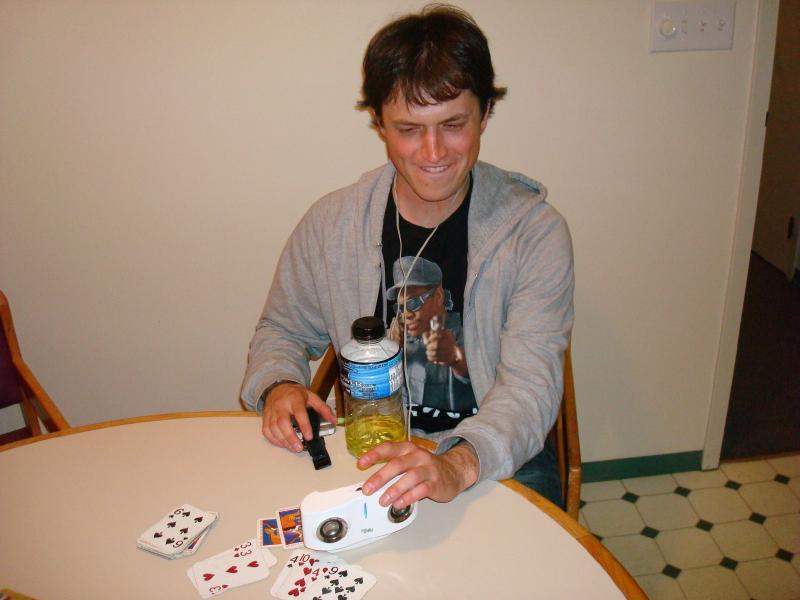 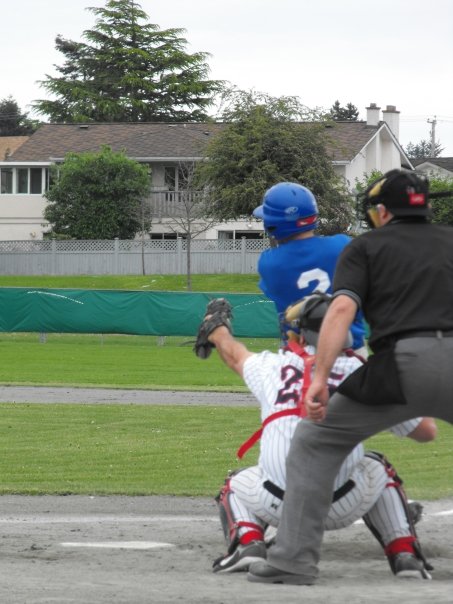 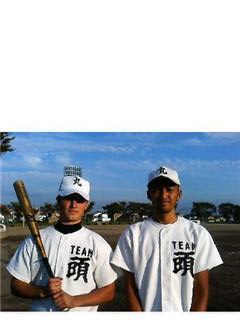