The Knights Minor League Football Team provides an arena for men of the age 18 years old and older to play organized full contact minor league football with the Heart of the South Football League. This team has been established to provide the community with high quality sports entertainment and to provide athletes the opportunity to participate in professional sports. Our commitment, dedication, and vision is set on building a firm foundation for professionalism and quality.

The Georgia Knights are on a mission. We plan to be one of the most respected and professional sports teams in the country. The Knights will also strive to create, develop, expand and maximize business and community opportunities and relationships arising from the sports entertainment venue.

- Commissioner & Founder of the Heart of the South Football League (HOTS) is Mr. Elmar Watters.

Renita Deloatch and Regina Deloatch-Ratliff are the masterminds behind The Twinz & Company Entertainment Group. The Twinz & Company is a consulting agency offering experienced knowledge on various avenues in the entertainment industry. They pride themselves in discovering innovative paths to craft a unique and popular image for each artist they come into contact with. They also co-manage the career of one of Atlanta’s top aspiring recording artist and actor, Shameik Moore. Shameik is now starring in a new television series the Incredible Crew shown on Cartoon Network which is executive produced by Nick Cannon. Shameik is not only an actor but he is also an established singer, dancer, and performer. This standard of excellence is not limited to the likes of music, but also in the competitive arena of sports. When the Twinz are not cultivating the image of their artists, they are on the road collecting video footage of high profile athletes and athletic organizations. They have an undying “passion to provide outstanding service and products that will showcase their client’s athletic abilities and forever capture once in a lifetime sports moments”.

Currently Twinz & Company is the Director of Video Tape & Media Operations of the Semi-Pro Basketball Team Atlanta Aliens. They are also the VP of Marketing for the Heart of the South Football League and Video Tape & Media Operations of the Professional Football Team Georgia Knights. They are also affiliated with recreational teams across Georgia in the football, basketball, baseball areas.

Renita and Regina offer over a decade worth of experience in the entertainment industry. From cultivating the career of the multi-talented Shameik Moore, being on the road highlighting and Marketing elite Athletes all over and the Olympics, to advocating leadership in the youth across Georgia. Catch all the action on their social media sites at www.twinzandcompany.com www.twitter.com/TwinzandCompany www.youtube.com/TwinSportsTV 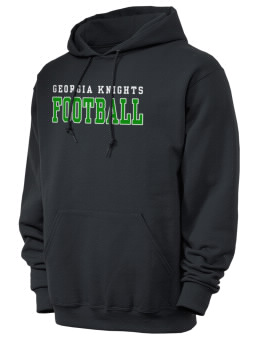