The Georgia Falcons is a developmental minor league football program dedicated to developing young athletes with aspirations to further their playing careers on both the collegiate, and professional levels.

Team management is totally sold out to the fact that a developmental team, such as the Georgia Falcons, can successfully bridge the gap from the high school level to the college plateau. It can also enhance the collegiate athlete who has successfully completed play at that level, and propel him to either the NFL, the CFL, the AFL, the AFL2, or the European Football League.

Minor League Football is a tool that is growing rapidly and will enableboth college and professional scouts to draw from it's ranks to fill their needs.

The Georgia Falcons, through the medium of football, is dedicated to the betterment of human resources. It is predicated on the belief that our young men deserve the opportunity of developing their skills so that they might fulfill their hopes and dreams of one day playing at the next level of competition.

The Georgia Falcons Football Team is the Culmination of extreme effort, and dedication, to the ideals of sportsmanship and athletic ability combined in a very competitive setting that is exciting for both the fan, and those involved on the field of play.

A Georgia Falcons Football Game is a great way to spend a Saturday night! 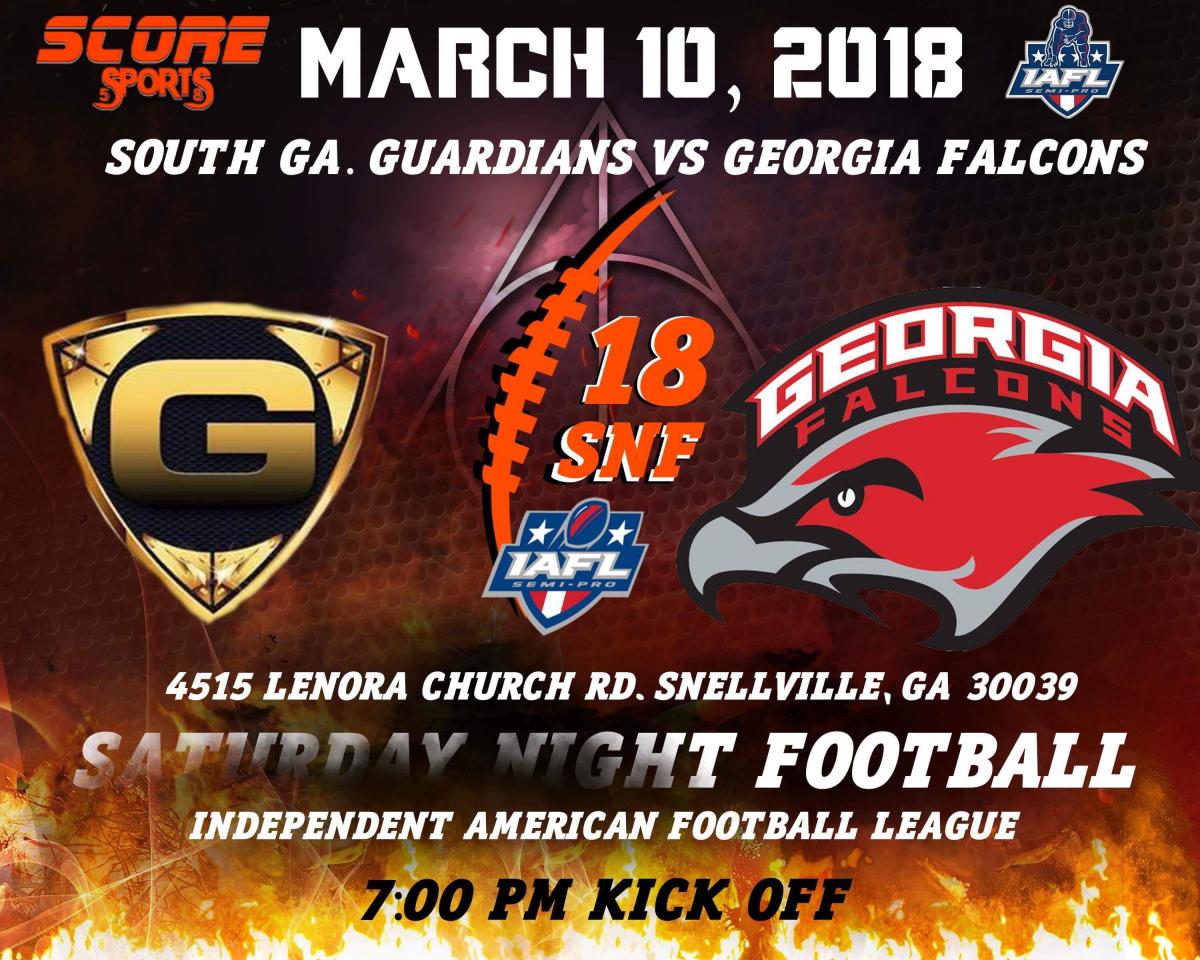 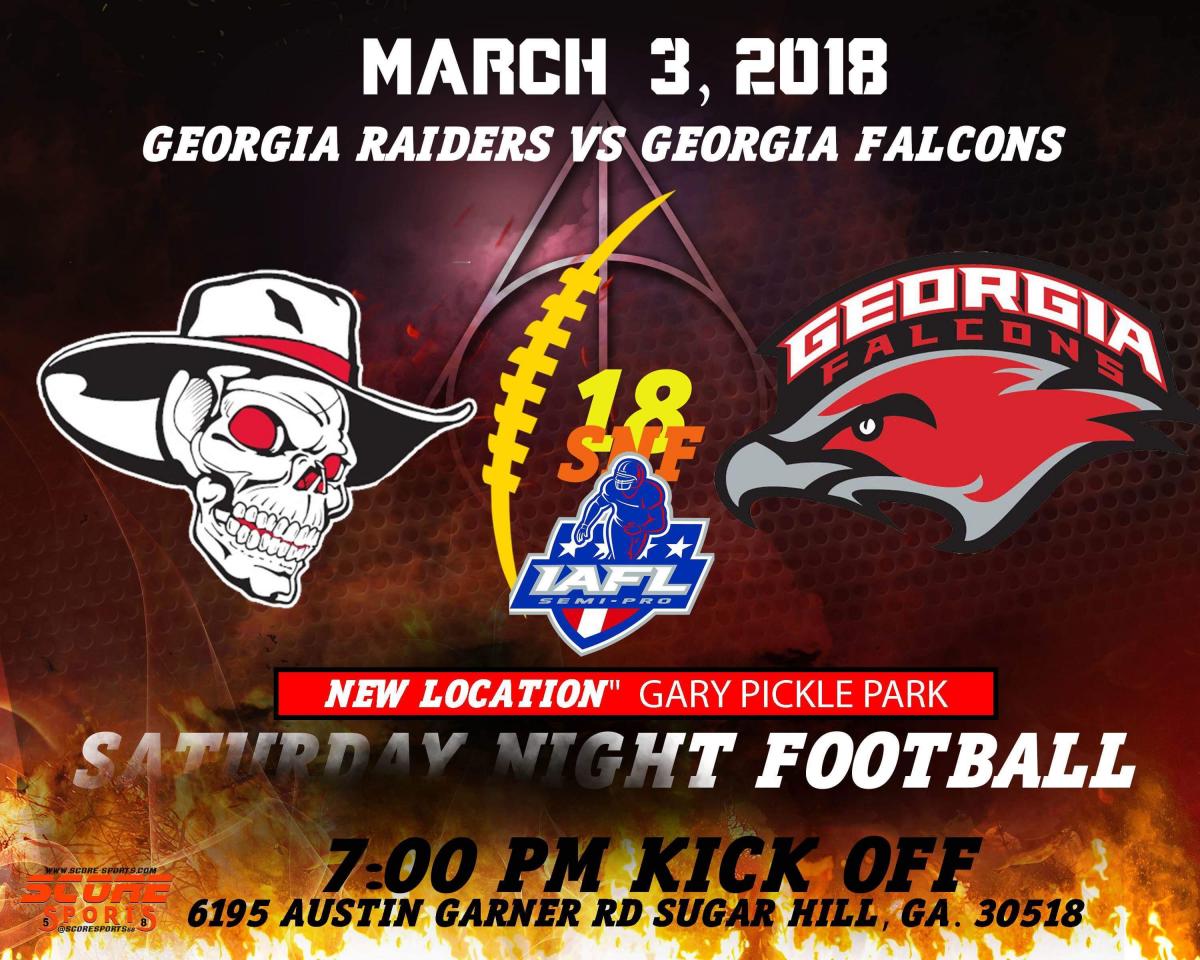