On Saturday June 27 2020 MLB celebrated 100 year Centennial of Negro Leagues Baseball developed by Rube Foster February 13,1920 due to the in fighting between players and owners of MLB and the pandemic of Covid 19the celebration was lost but on the 27th of June all MLB teams were to wear symbolic pa...

Linkedin released its top 50 listed business to work for,and MLB made the list its 1,700 workers can be joined by you. The top locations New York, San Francisco and Phoenix some of the fastest positions growing Software development, SQL Java job functions with most hires: operations, media ,communic...

The Syracuse Stars baseball team posed for a team portrait in 1889, in that photo in the far right row stands Moses Fleetwood Walker he played one season in 1884 63 years before Jackie Robinson, there was also one fill in game in 1879 of which William Edward White played. ...

About Us The mission of Duck Team 6 is “To reduce the street dog population through Capture, Placement, and Outreach.”...

MLB leaning toward outlawing the shift?

MLB leaning toward outlawing the shift?...

Welcome to the Fort Worth Panthers Academy Baseball.

Such as why academy 21u rookie ball? This qoute from the commissioner of independent minor league baseball sum up the direction MLB has already placed its investment into and why.

(In most cases the teams are kept alive by owners who are either independently wealthly or have a basket of other businesses, and are prepared to swallow some losses for the trill of owning a team. In any league, I'd be surprised if over half the teams make money.)

MLB has continued to invest in academies mainly outside of the united states, recently 2016 China has become a marketplace for MLB academy player development.

Attendance numbers for independent baseball in most markets it serve is down, and should signal that where teams are successful it should concentrate efforts to continue that support, instead being that the leagues can still entice some potential ownership groups, why turn down the cash.

It cost around one million to operate an independent team for the most part at a loss, then there is the league renewal fee after every season around $100,000.00 a lot of red ink leads to a pool of blood there are teams who draw as few as 600 fans a game. (June 29, 2017 a Texas team posted attendance of 650)

21U Academy baseball is following the lead of MLB and establishing satellite centers for short season rookie play in selected markets across Texas, and in taking the concept one step further the teams are being developed around  the history of former Negro league teams, the standard in selecting players from the free open combine tryout are based upon prospect or pro ready level talent, and graded testing methods within the academy institution program, players contracts are not sold for cash to other organizations instead there is a contract to hire process this system is used in other industries and offer both parties (player)the best possible outcome.

These type of short features will make up the bulk of site news.

MLB leaning toward outlawing the shift? 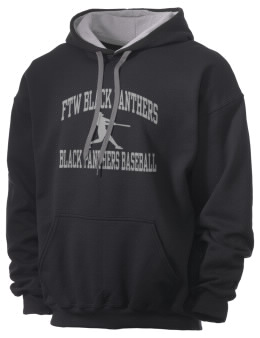