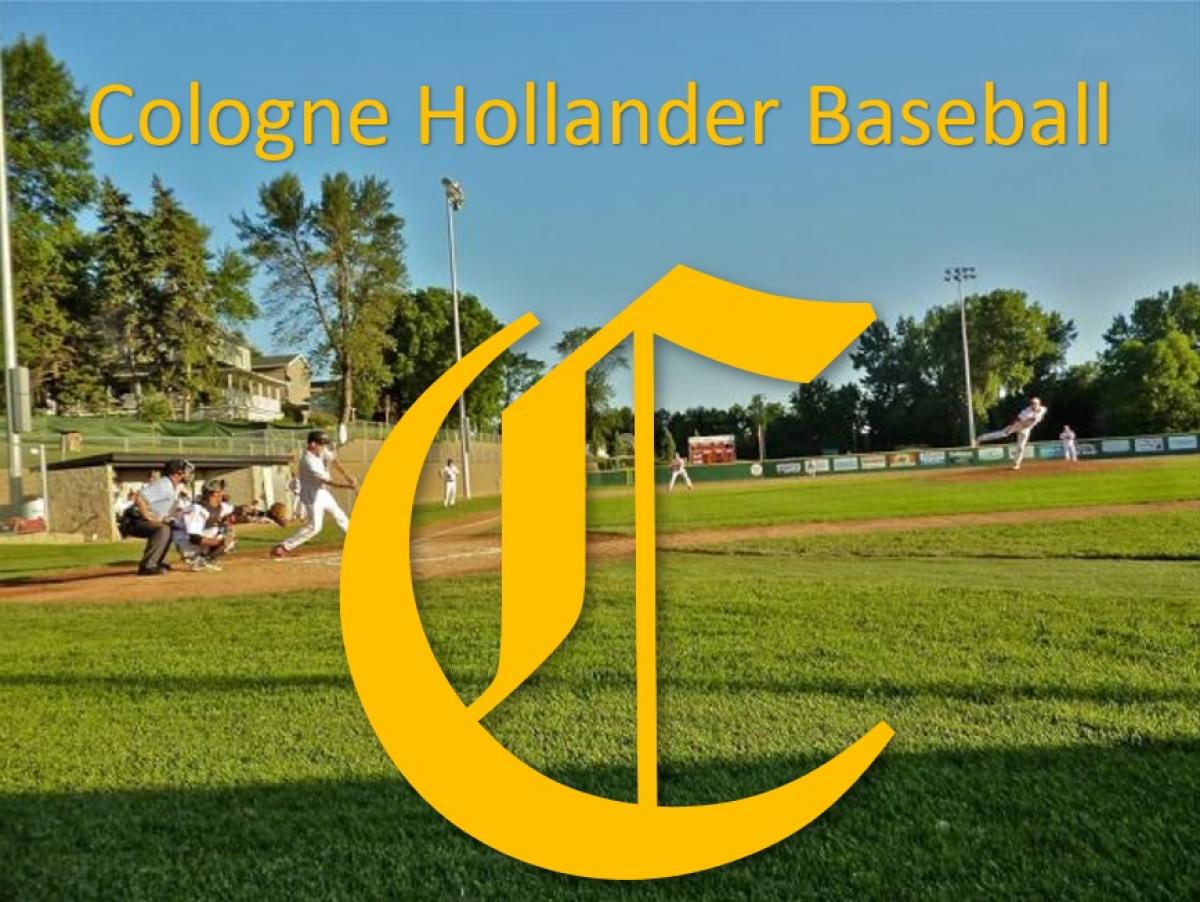 The first game on Sunday during the 2018 7C Regional tournament in Waconia saw an elimination game against the Carver Black Sox and the Cologne Hollanders. Before the weekend started rain was in the forecast for the entirety of Saturday and Sunday. Other than a delay Friday night, the rain held on and play resumed as schedueld. After the loss to the Plato Bluejays Thursday night, the Hollanders were looking to bounce back. Alex Eichner got the start on the mound for Cologne. Eichner did his job in the first three innings as he set down the Black Sox without any runs given up. It was the Hollanders that were to score first. IN the top of the fourth, Cologne was able to load up the bases with Kraig Peterson at the plate. Kraig was asked to lay one down and he did perfectly. The squeeze play was completed as Cologne's first run crossed the plate and Carver had no choice but to tag Peterson out. The lead was not to last long, though. In the bottom of the fourth the Carver bats came alive. After several hits and an untimely error the Black Sox were able to score six runs. Casey Clemensen was able to come in to relieve Eichner during the inning and managed to stop any more Carver offense for the rest of the game. Cologne's offense during the afternoon was defined by missed opportunities. There were chances with men in scoring position, but the Hollanders just couldn't manage to get that big hit to drive in runs. The Hollanders were able to muster up one more run in the late innings, but the Black Sox were able to keep any real threats at bay.

The Cologne Hollanders want to thank everyone for their support during the regional tournament and throughtout the entire season. It was truly special to see the support of orange in the parking lots tailgating before the games and to see that support carry into the park. There are too many highlights from this past year and probably too many for this writer the remember. The first obviously goes to Carter Clemensen. Carter's 0.500 (33 for 66) season gave him the top spot in the CRVL as he claims the title as batting champion. There were a couple firsts on the team this year as well. Tanner Luebke and Cole Pengilly both hit their first Hollander homeruns. Kyle Brazil once again proved that he is one of the league's top power hitters as he hit four homeruns (T2) and racked up 19 RBI's (T3 - Carter is one of two ahead of Brazil). Tanner Luebke sets the single season (since 2006) stolen base mark as he swiped 24 bases.  Although the numbers don't reflect it, Casey Clemensen, Alex Eichner, and Zack Nelson threw great all year. The Cologne defense was fun to watch this past season as well; whether is was the ability to consistently turn double plays, throwing runners out on the bases, or even watching Zack Nelson making his Superman grab. The youth of this team is something to look forward to. Hope everyone enjoys their offseasons and we will see everyone for the start of the 2019 season!