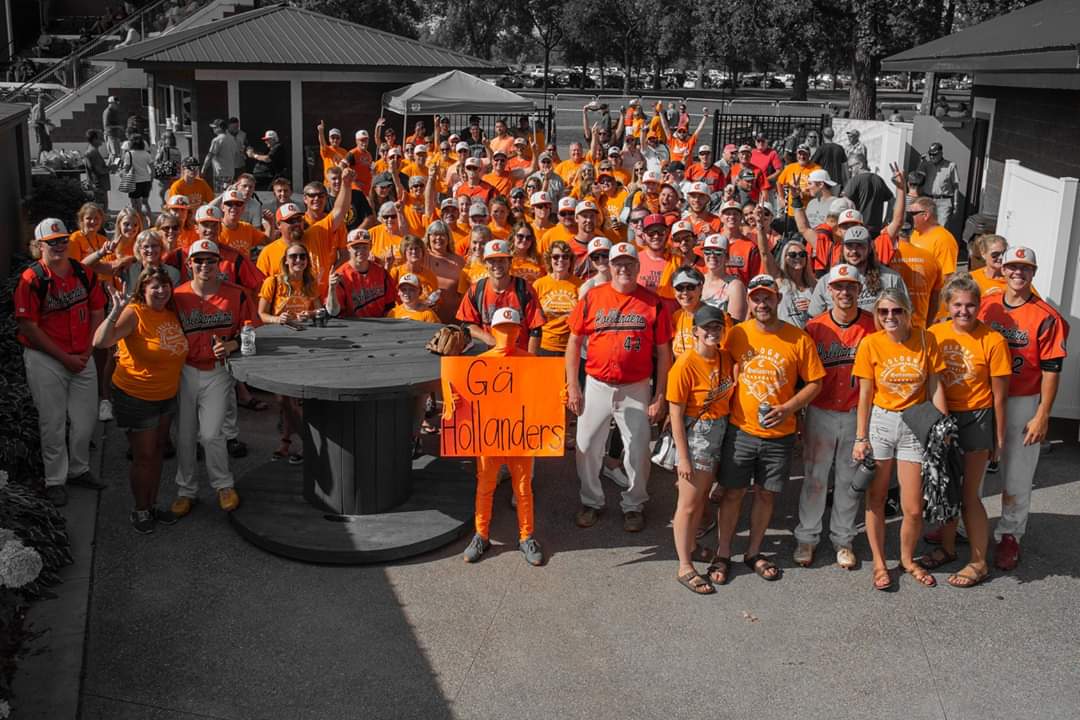 The Hollanders beat the Hadley Buttermakers during the first round by a final score of 5-2.

The Hollanders beat the Nisswa Lightning during the second round by a final score of 2-0.

Bemidji Blue Ox defeated the Hollanders on Saturday, August 31st, 1:30PM at Delano by the score of 4-2. The Hollanders want to thank all of there fans who supported them throughout the season and the state tourney. It was amazing to see the sea of ORANGE throughout the stadiums. The Holladners were given the Sportsmanship awardbecause of the fans. Thanks again and see you in May

Hollanders take on the Young America Cardinals in YA at 730 on Friday August 7th. ...

After a long 47 years the Cologne Hollanders made their state tournament appearance against the Hadley Buttermakers. As the Hollanders and Buttermakers have never crossed paths before, not much was known about Hadley except that they've been to the dance before. That didn't stop the Hollande...

The past three games have brought all kinds of ups and downs. Last Friday night's game was Cologne's annual Fill the Hill night. The Hollanders faced off against the hot Young America Cardinals. The Cardinals had their work cut out for them as Christian Johnson took the mound again for Colog...