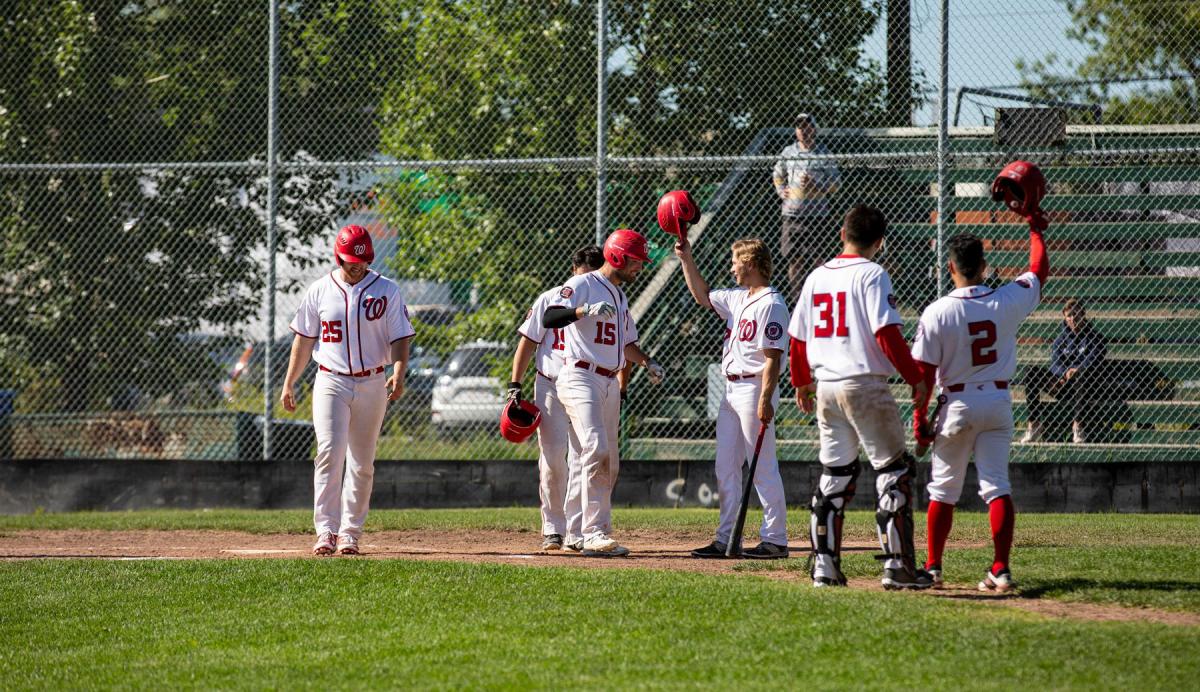 Wolfpack rookie Russell Strilchuk broke out in a big way on Wednesday night by smashing a two run walk off home run with two outs in the bottom of the seventh inning. The Pack improved to 3-1 with the win and took a share of first place in the 'A' Division heading into their doubleheader on Saturday to wrap up the season series with the White Sox.

Strilchuk collected three hits in four plate appearances during the contest and knocked in three of the Pack's four runs to lead the offense. The Wolfpack had runners threatening through the entire game, but on several occasions just failed to muster the timely hit to score those runs early on. With a 2-1 lead going into the final inning, starting pitcher Dirk Dembroski turned the ball over to Cory Lawson for the save, but a couple of walks and a big triple by Sox outfielder Brent Biever saw the Pack's lead evaporate as they would head into the bottom of the final inning down 3-2.

Fellow Wolfpack rookie Mitch McGeein would set the table for Strilchuk by ringing a double over the head of Biever in center field to put a runner in scoring position with one out. Shaun Connor was unable to cash in McGeein as he recorded the second out of the inning bringing Strilchuk up with two outs. After spoiling away several pitches and working the count to full Strilchuk capitalized on a hanging breaking ball and crushed it over the right field wall to secure the Pack their third win of the young season.

The series concludes on Saturday night with a doubleheader beginning at 3pm at Glen Hansen field.