It is very rare in todays world to meet someone so genuine and caring.  Coach Willie is more than a coach and mentor to Christina.  He is my best friend and brother.  Color has no meaning in our relationship. I would do anything to support Coach Willie.  We have spent endless hours exploring life and God that I would not trade for the world.

He has guided me and my family through the hardest of times, has been there during three back to back surgeries, and has guided Christina through some of the most difficult personal and basketball times. To say he is an angel is truly an understatement! Coach Willie is welcome in our home and in our lives twenty four hours a day, seven days a week. We love you, Coach!

"Years ago, I was introduced to a quote that stated, if you arent serving, youre just existing because life is meant for ministry. Since the first time we met Coach Willie, we knew his life was dedicated to building his ministry while serving our children.
Our two daughters (India & Iman) train with Coach Willie (sometimes up to 8+ hours per week including strength and conditioning) and are always interested in his unique way of building them up physically and spiritually. The respect he has gained from our daughters have ignited enough fire in them to eagerly execute (on their own) what he has instructed (i.e. making the ball a part of your hand, 40 to 80 hills per Saturday, making the grades in school etc.). He ministers to and trains (the entire year) the whole person, which is the attribute that has attracted our family to his trainings. India and Iman, currently, play on an all boys team in Sugar Land and we have recommended that the entire team visit Coach Willie's ball handling clinics in Katy. We would introduce him to anyone who is serious about basketball because we know (not think or wonder) he could help them improve. That is the confidence we have in this man of God.
Thank you, Coach Willie, for all you are doing for our daughters, our family and our Lord."
The Lloyd Family
(Earl, Michelle, India, Iman & Ivonna)

Lindsey Andrew played for her Junior High team on 7C and 8C.  In January of her 8th grade year, she began training with Coach Willie Stevens.  She trained with Coach Willie and his other students as much as 6 days a week. In addition, she joined Coach Willies 17U AAU team as a developmental player. She was only 14, and the other girls she worked out with and played against were 16 to 18 years old.  Lindsey worked out and scrimmaged with the AAU team. She did not get much playing time, but we knew that she wouldnt.  She watched, listened, and learned. Nine months after starting her training, Lindsey made the High School 9A team.

As Lindseys dad, I also decided to commit to Coach Willies program, and I got involved as a coach.  This decision changed my life, as well as my entire familys lives.  In addition to the personal rewards of working with young people, I also lost weight and got into decent shape.  I am 50 years old, and I am able to run sprints with the kids (and actually keep up).  Our family grew closer together, as we are all participating in Lindseys development and accomplishments.

Here is my advice to any young person (and their parents) that want to improve their basketball skills.  Embrace Coach Willie, his training methods, and his philosophys.  Make that commitment, and I truly believe it will change your lives.

We first met Coach Willie at my daughter's basketball game at Beckendorff Junior High.  He introduced himseff to my family and he told us how he was interested in coaching La'Queena. I didn't quite take him seriously at first, but that later changed in May when I ran into him at an outdoor court, practicing with a few players.  I was dropping La'Queena off at her AAU practice that was nearby, when began talking.  I liked what I had heard, especially after hearing that he helped over 75% of his players get offers for scholarships for college. We were invited to a practice to try him out.  La'Queena enjoyed the workouts and has brought her little sister DeeDee with her.  We soon bought into the program and have been committed ever since.

Family and friends can see the successful changes in the way the girls play, which is an exciting sight to see.  And I can also see a change in their attitude in a positive way.  Coach Willie is by far not only a coach.  He is a friend, mentor, and a motivatonal speaker.  He pushes not only my daughters, but also all players to not only give your all and push yourself on the court, but to also give if not equal than more effort in school and grades.  Education is the key to success!
____________________________________

Texas Inferno helps teach my son that the principles which apply to success in basketball also apply to success in life.. hard work, teamwork, discipline, respect, never give up, practice pays off, etc.  There is a diverse group of coaches who constantly discuss these topics and relate their life experiences to the players which reinforces what I discuss with my son at home.  The younger players also get an opportunity to play full contact with the older players, many of which truly lead by example when it comes to these principles.  My son really looks up to and respects several of the older players who are great role models.  Coach Willie is always delivering a serious but positive message to the players and parents about playing with heart.  Whether we win or lose in a basketball game, I always feel like we are winning because my son is continuously becoming a better player and person because of the Texas Inferno.  Thats what T.I. means to me.

I first started at L.C.A by a friend asking me to join him for a practice one day. That is when I became part of Coach Willie's family. Everyone was kind, welcoming, and energetic. It felt like I was always at home when I was around them. By the second month I had improved greatly. Coach Willie's teachings were not only teaching me skills and the game, but also teaching life lessons, such as education, growing up, and deciding what you will do later on in life. Every day I had something to look forward to, something to work for.

By the fourth month I was doing great! Coach Willie was supportive, and gave me self-confidence. That is when I heard about trying out for T.I. At first I was a little nervous, but Coach said..." You can do anything if you just try, don't say I won't, don't say I can't, say I'll try."


Today, I am on the T.I team, and this team is like another family. "We will win together, lose together, but bottom line we will... stay together!" Never give up, never quit. It's all HARD WORK.

Texas Inferno and L.C.A has made a major impact on my life. Whether it be basketball or learning about what is to come later in life, or even major decisions in life. Coach says " What ever you put into it, that is what you get out of it."  So I am still continuing to TRAIN, WORK HARD, PRACTICE, and have FUN.


T.I and L.C.A will always be my family, and will always be my friends. So I would like to say Thank You for all your hard work and support you've given me and everyone else. You have changed lives, gotten people to places they could have never been. " You can do all things through God who gives me strength!"


I love you guys,

The Texas Inferno has made me stronger not only physically but mentally.

When I first started with the Inferno, I didnt know anything about basketball and lacked confidence. I couldnt even dribble across the floor without bouncing it off my foot. Now after two years of excellent coaching and hard work, I can dribble coast to coast and finish strong at the hoop. I can drive and put the other team in foul trouble.

The best thing about the Texas Inferno is that the training translates to other sports. I am faster and more athletic which helps me succeed in football, baseball, track and basketball.

I am very grateful to the Texas Inferno family. It has changed my life. 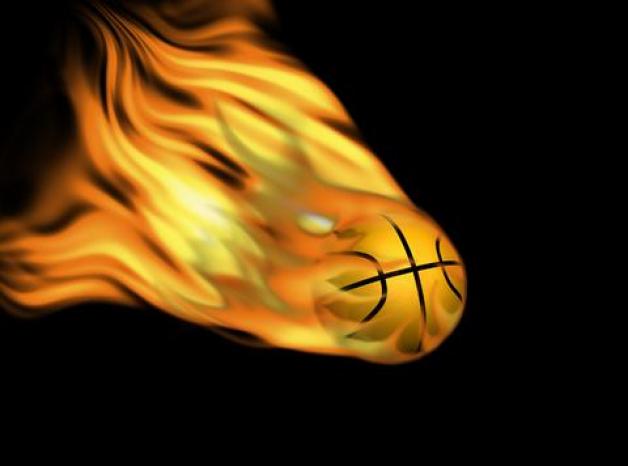 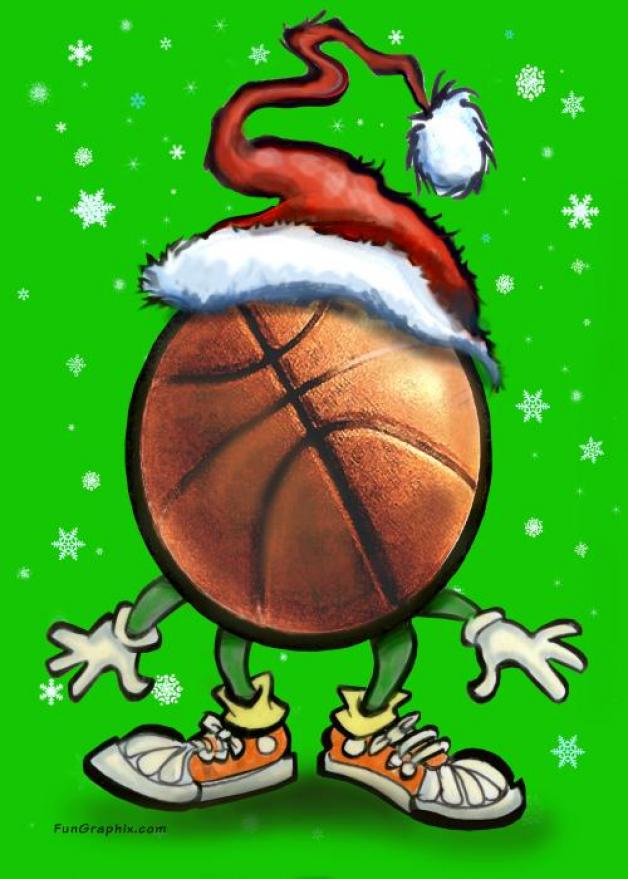 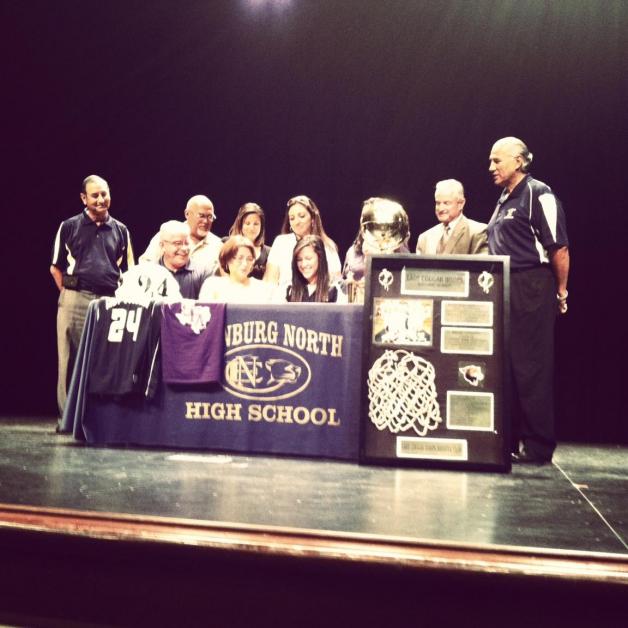