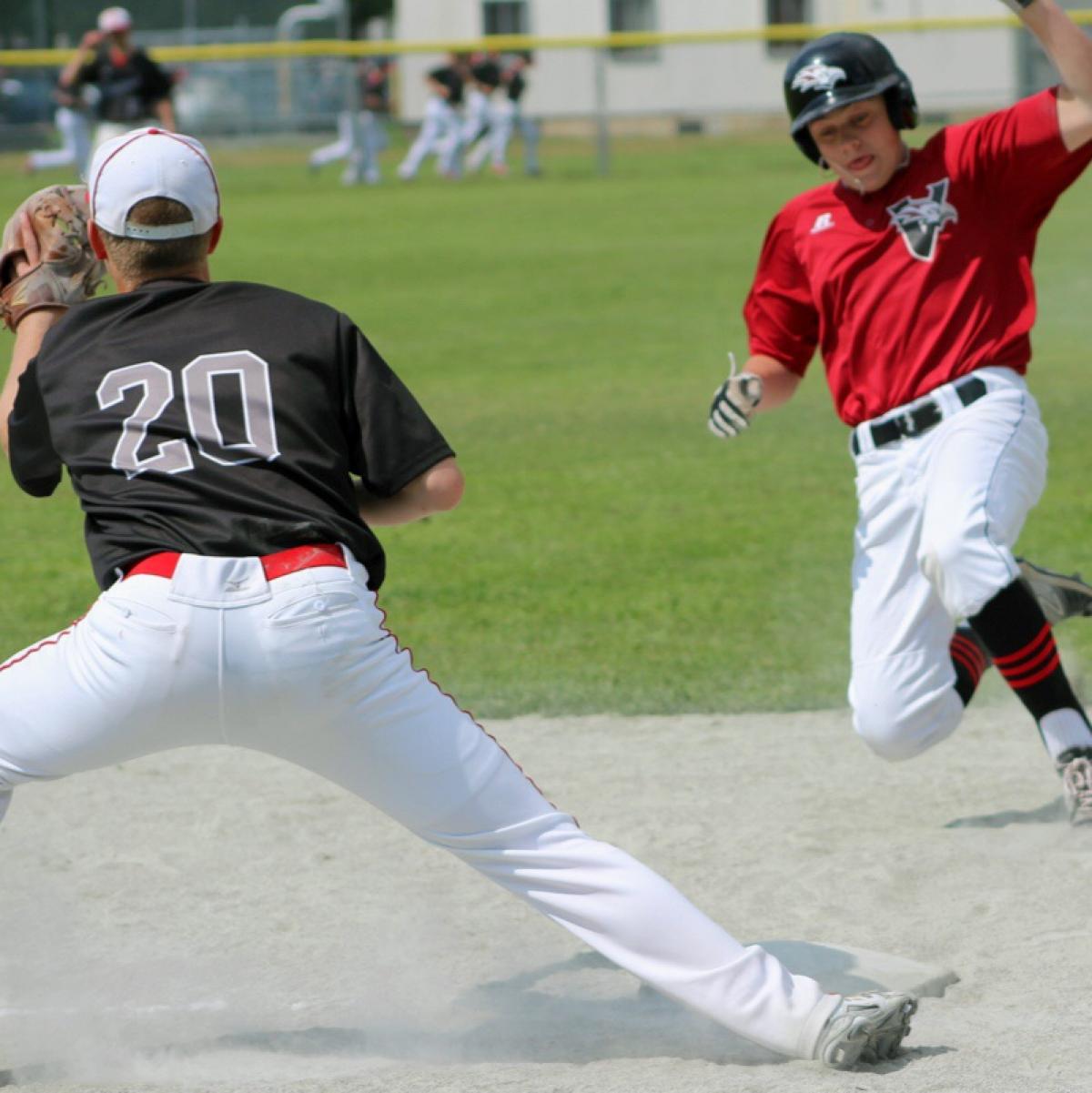 Hello Okotoks! In the second game of Pool A play, the Black Eagles welcomed the Okotoks Dawgs Black from Alberta with a five run first inning hitting demo. Cole Mayhew, Andy Weir, and Toni de la Pena smacked singles. Ethan Emile and Matt Collett pounded doubles. And Jayden Wakeham topped it off with a hard fly ball past the Dawg's centre fielder for a triple. The boys from Alberta were a bit stunned. And it didn't end there. In the next five innings the Black Eagles continued to hit and hit. Cole added another double and single. Jayden added a single and a double. Nico Ingebrand joined the group with a single and double. Noah Miller slapped a double to centre field. Jared Anderson rounded out the parade with an RBI single. When the smoke cleared the Black Eagles put up 14 runs.
On the mound for the Eagles, Luke Seginowich took over from Hayden Wilcox in the third inning and struck out six Dawg hitters, walked none and allowed no runs in four innings until the mercy victory was called. It was an impressive pitching performance. The game seemed surprisingly easy for the Black Eagles who finished the pool play with a 14-4 victory and a 2 and 0 record.
IMPORTANT FOOTNOTE! To say the Okotoks Dawgs rebounded from this runaway mercy loss to our boys is an understatement. They didn't lose another game in Richmond BC. They went on to beat Delta, Cloverdale, and finally Spruce Grove in the finals to take the tournament championship! I love baseball.