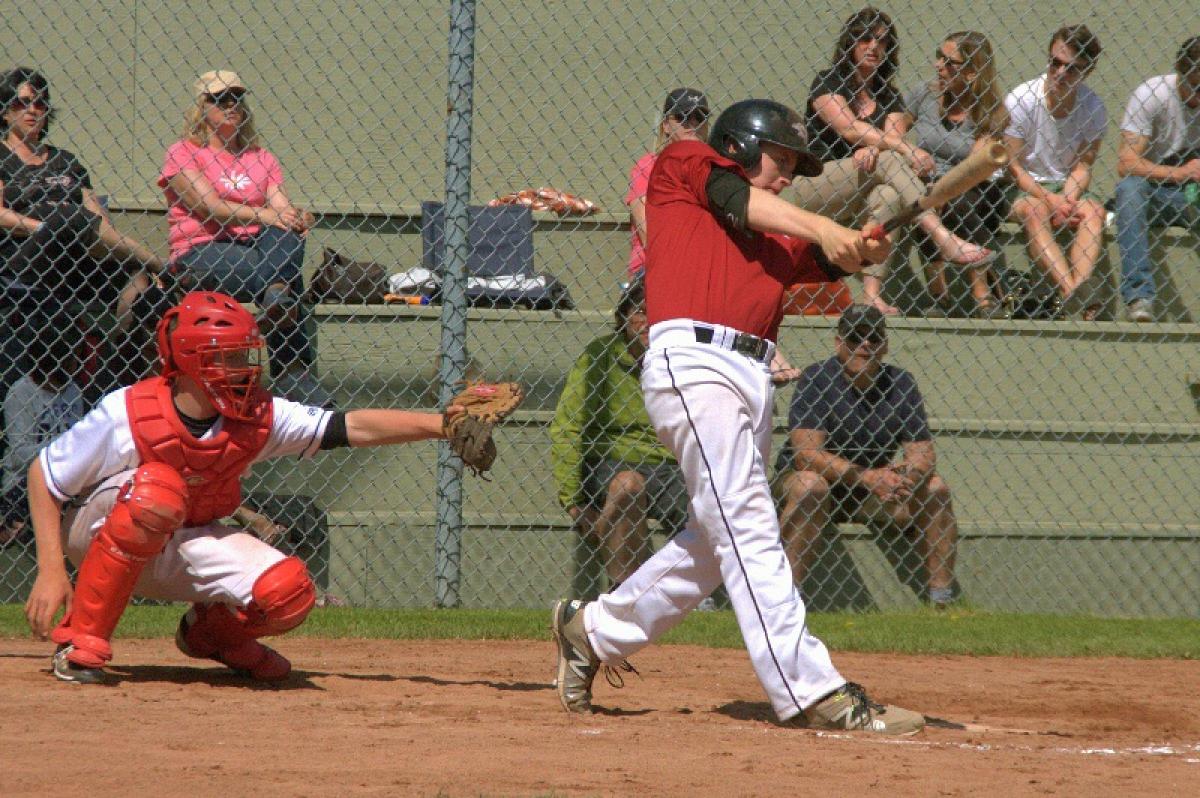 It seems the Black Eagles love playing the double header opener! For the third time this year the Victoria boys took the first game of the twins. The Mounties quickly showed their speed on base by stealing two in the first inning and jumped to a 2-0 lead. They added another run in the third and the fourth and it looked like they were in command. But in the bottom of the fourth, after singles by Noah Doorschot, Noah Miller and Matt Collett, the Eagles scored three runs and suddenly we were back in the game. Matt Collett on the mound silenced the Mounties offence. Then our own silence for two innings! Last chance in the bottom of the seventh. First up, Cole Mayhew blasts a line drive into the gap in left field for a double. The tying run is now on second. Jaden Wakeham steps to the plate and on a one and two count hits a sweet spot dinger over the centre-right field fence for the walk-off winning homerun!