Like Email and Texting and Tweeting are not hard enough to keep up with, now your son has joined a sport that has a language of it's own.  Hope this helps....

CINDERS - This running track which is composed of fine rock, carbon, ash, and slag is indicative of the pre-synthetic era.

Cool-down exercises - allows your body to relax and to return to a resting state after you have completed it. Also, performing a cool-down is the best way to minimize muscle fatigue and soreness due to the high muscle exertion from your major activity/workout

Cutdown - is the opposite of a ladder or an interval workout of decreasing interval lengths, such as 800-600-400-200 meters.

DNF - did not finish

DNS - did not start

EASY RUN - A slow run done at a conversational pace

EST - explosive strength training, using sprints and jumps rather than weights and machines for conditioning. Uses sprint and jumping exercises that maximize height and distance and minimize contact time on ground.

Fartlek - Literally, "speed play" in Swedish. It refers to interval workouts of mixed intensity, i.e. a combination of fast and slow running.

FELL RUNNING - Fell running is the sport of running and racing, off road, over upland country where the gradient climbed is a significant component of the difficulty.

GLOBAL POSITIONING SYSTEM (GPS) -GPS are used when pedometers fail in terms of accurately measuring distance. This is usefol for plotting your course when training, as well as the distance you are planning to cover.

Glucose - Basic form of sugar. Appears in the blood

HEART RATE MONITOR (HRM) - The HRM is a device that determines how hard or how little your body is working by measuring the number of your hearts beat per minute (BPM).

HILLS - These are workouts done where a runner runs up a hill fast and jogs down then runs up again.

INSOLE - It is the removable inner part of a running shoe that sits on top of the midsole and provides cushioning and arch support.

INTERVALS - It is a type of workout where a set distance is run repeatedly with a recovery jog between.

Jack rabbit - taking off fast from the start

JOGGING - It is a type of slow running.

JUNK MILES - Many miles run at a slow pace, attributed to a training strategy by runners who confuse high mileage counts with improvement.

KICK - It is a finishing sprint at the end of a race.

MACRONUTRIENTS -  Macronutrients are major nutrients that the body needs in large quantities. It is important to have a balanced intake of macronutrients to assure maximum function and performance of the body.

MARATHON  - long distance race run over 42 km 195 m or 26 miles 385 yards. Introduced at the first modern Olympic Games in 1896 to commemorate the run by a Greek courier from Marathon to Athens in 490 BC.

MIDDLE DISTANCE - It is a running event which exceeds the distance covered by sprints up to 5000 meters.

OUTSOLE - It is the material, usually made of hard carbon rubber found on the bottom of most running shoes.

PACE - It is the speed at which movement occur

PEDOMETER  - Pedometer is a device you can use to check the number of steps you make during a training session.

PR and PB - refer to the same basic thing, running your Personal Best or setting a Personal Record. For example "I ran a PR in that race" means I ran my fastest time ever at that distance. You can have multiple PRs, say for a course or a distance or even for the year. You decide.

RUNNERS KNEE - is a condition called Chondromalacia patella. That's why we call it runners knee. PFS (Patello-Femoral Syndrome), which is the kneecap (patella) rubbing on the front of the thigh bone (femur), is another form of Runners Knee. Its most often caused by overuse, doing too much too soon, ostheoarthritis, insufficient muscle development and/or improper alignment, including wrong or worn-out shoes or running on slanted pavement.

Runner's Trots - refer to gastrointestinal problems on the run.

QUADS - four large muscles at front of thighs; or four shots of espresso before a race if your old.

ROAD RUNNING - It is running a set distance on an established road.

SANDBAGERS - a fast runner with a talent for acting who will masquerade as a slow runner to lure the competition into complacency. Lance Armstrong used this technique during the 2001 Tour de France. As he climbed L'Alpe d'Huez he grimaced in apparent pain. With his fellow riders thinking he was in trouble, he caught his top rival, took a long, hard look at him, then pulled ahead at stunning speed.

Second wind - Going from being tired to feeling strong again.

SHIN SPLINTS  - This refers to the pain on the lower leg area due to increased activity of a runner.

SINGLES - running once per day. Example: "I ran fifty miles last week, in singles" means that the runner ran once per day for a total of fifty miles, as opposed to running twice or three times per day.

SLOW TWITCH  - Muscle fibers that determine if a runner is suited to distance running.

SPLITS - the time to a given point in a race

SPRINTS - It is a short running race in athletics.

STRIDE - the distance traveled in a single long step

STITCH - is a side cramp, usually on the right side.

SUPINATOR - not enough inward motion of foot; likely to have a high, rigid arch (same as under-pronator)

THINCLADS- runners once recognized by their lightweight shorts and singlets

Trading Paint - What happens when things get dicey between runners battling for position. Most often occurs on the track when someone has had enough of being boxed in. More blatant examples occur on narrow and isolated trail sections of cross country courses away from any observers which holds the DQ risk to a minimum. This occurrence usually is accompanied with some very bad words being loudly exchanged by the affected parties. The first definition applies to auto racing, with the only difference being hand gestures substitued for bad word exchanges.

TRASH TALK - a less succinct, ineloquent, poorer cousin of "smack". Usually taking the form of a rambling retort, typically including a personal attack on your mother.

TROUT, WIMPY - metaphor for someone who can't handle real hills...like some of the weaker members of any anadromous fish species that actually use fish ladders to get around dams

Varsity to compete at Crump Stadium Saturday, 2-28 all day. 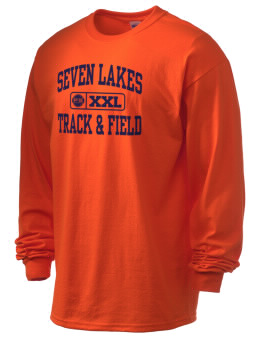