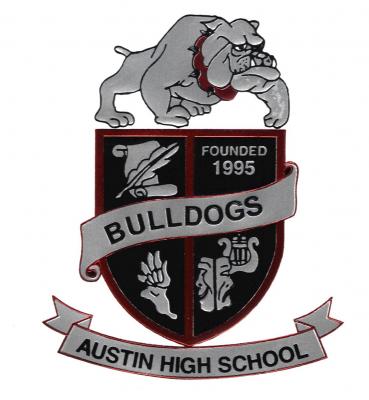 Practices over the holiday break will be as follows:

Saturday 2/1
Scrimmage at Katy HS for all teams! Buses will leave at 7:30am if the weather is good and all teams are playing at the same time. (Everyone will ride the bus to and from the game).

Under handouts is an excel with scrimmage times depending on what the weather does. There are plans for good weather and bad weather. If we have to go with the bad weather plan everyone will be notified via the text message service as the website will not be updated. This will happen early in the morning and the judgement will be made by Katy HS. As soon as we know what it happening you will know.

A LOT of equipment release forms have not been turned in. Please download from the "handouts" section of the website and turn in with a parent and player signature. No equipment will be handed out without a completed form.

1/10/2015 JVA and JVB Tournament games for Saturday are canceled.

All games at Katy HS (Bold is on Turf)

6:50am JVA/JVB are leaving together

-Bring a snack and a change of clothes because it is going to be wet.

-JVB will wait until 9:15am for JVA to finish. At this point we will know if JVA will be playing at 10:30am. If JVA is not playing JVB and JVA will leave. If JVA is going to play JVB will leave and JVA and Varsity will return together.

12/20/2014 Please look under "Handouts" for Varsity and JVA/JVB practices over winter break on January 1st and January 2nd.

12/16/2014 Schedule changes have occurred for the JVA/JVB FBISD Tournament. Please look under schedules or handouts for these changes.

12/1/14 Preliminary rosters have been posted under "Rosters" and then under the drop down menu for 2015 teams. We have decided to use student id numbers until final rosters are made. Players with  "**" are able to practice with the next higher team when her team doesn't have practice. As stated in communications, these teams are "as of now" and could possibly change before winter break. Before we leave for winter break teams will be finalized. Players can make an appointment to speak with Coach Agiannidis or Coach Tomlin about HER own selection/non-selection if she desires. Coaches ask that players speak with her coach before parent contact is made. Thank you.

5/7/2014    The annual winter sports banquet will be held on Monday May 12th at 6:30pm. Please arrive on time and players should dress accordingly. Hope to see you there as we honor our student athletes.

4/1/2014    Area Playoffs vs La Porte will be held Thursday at Joe Kelly Butler Stadium with a 6pm start time. The stadium's location is under the "Fields" tab.

2/13/2014 JVA and JVB will leave school for the Saturday matches at The Woodlands at 7:15 AM. Players are expected to ride the bus there and back. Please look under handouts for a new bracket.

2/11/2014 The district has canceled all soccer game for today. Both Varsity and JVA will now play on Wednesday 2/12 at the same time and locations as originally planned.

2/7/2014 The district has canceled all soccer games for today. Varsity is rescheduled for 3pm Saturday 1/8/14

1/28/2014 JVB and Varsity games vs Elkins that were to be played on Tuesday have been rescheduled for Thursday at the original times and locations.

1/15/2014 Depature times from school for all teams this weekend:

1/10/2014 The Varsity Saturday's Woodlands Tournament game has been moved to 2pm at Conroe Moorehead Stadium. I have posted an address under fields. We were just notified at 10:50pm on Friday of this change. We will still leave at 10:45 AM from school. Games are shortened to 30 minute halves with 5 half time.

1/8/2014 The website and your child are the only way will can communicate with you when changes occur to schedules. There is no way for coaches to email parents when we are away from the computers. Numerous changes throughout the year will occur and the website should be checked on game days.

10/29/2013 Remeber that Parent Meetings are being held tonight and Wednesday the 30th. Parents of returning players are at 7 and new player parents are at 7:30. We are meeting in room K5 by the gyms.

3/18/13 Congratulations to the following seniors for earning Academic All-State!

*Senior Night (3/25 vs Kempner): Please come out at 6:40pm for our senior night presentation.

*JVA canceled/JVB addition (3/25 vs Kempner): JVB will now play this game vs Kempner at 5pm.

*Individual/Team Pictures (3/26): during 5th period. Order forms will be given out on Monday the 25th. We will wear all black. ALL players need to be in the team picture. Please clean your shoes!