Member of the Alberta West Central Baseball Assn.
All News 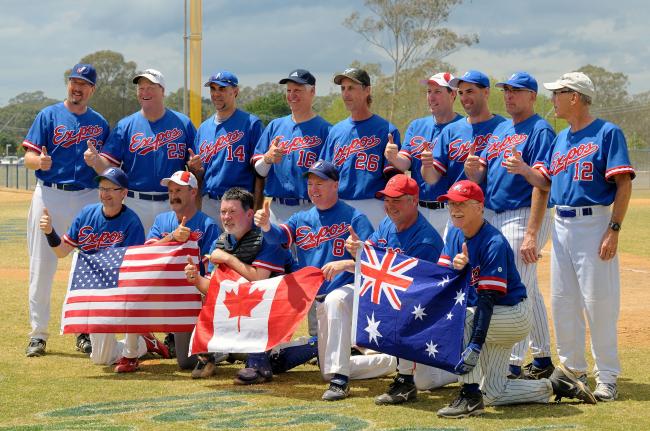 The Edmonton Expos closed out the 2009 World Master Games baseball competition in Sydney Australia by winning the Bronze medal with a 10-0 win against the Down Unders from Australia.

The Expos won their last five games of the competition in convincing manner, outscoring their opponents 69-6, and were considered a favourite to make it to the gold medal game.

Going into the last day of play prior to the medal games, the team was in second place and in contention to play for the gold medal should they win their last game. After winning the last game, the team thought they were assured of competing for the gold medal. However, that day the organizers decided to change the way the standings were calculated. According to the rules from the outset and during the entire competition, the standings were calculated by the number of points each team had earned during the preliminary and relegation rounds (8 games total). Because some teams were given a bye after the preliminary round, the organizers did not have the foresight to see this was going to be a problem. It was decided it wasn't a fair way to calculate the standings (we're not sure to whom), so they changed the way the standings were calculated by using the team winning percentage. This dropped the Expos from second to fourth after their last game, and put them in the bronze medal game.

Although extremely disapponted with this turn of events, the team was determined to make a statement in their medal game. They did this by playing nearly a flawless game, with starting pitcher Greg Hovde and reliever Ken Babyak combining to throw a 3 hit shutout behind a very solid offensive attack. Steve Roberts led the attack at the plate by going 3 for 4 and scoring three times. Arden Playford also went 3 for 4 and Larry Dombrosky went 2 for 3 with both players scoring twice. The final out was a throw from Brian Paul in right field to first baseman Steve Roberts to clinch the medal in fine fashion.

The team was a cohesive unit from start to finish, and everyone on the team contributed to the medal effort at one point or another during the entire competition. You would be hard pressed to ask anyone on the team who didn't feel that this was truly a team effort with an exceptional bunch of players, and an even more exceptional group of gentlemen. A fantastic time was had by all with a lifetime of memories to go along with it. 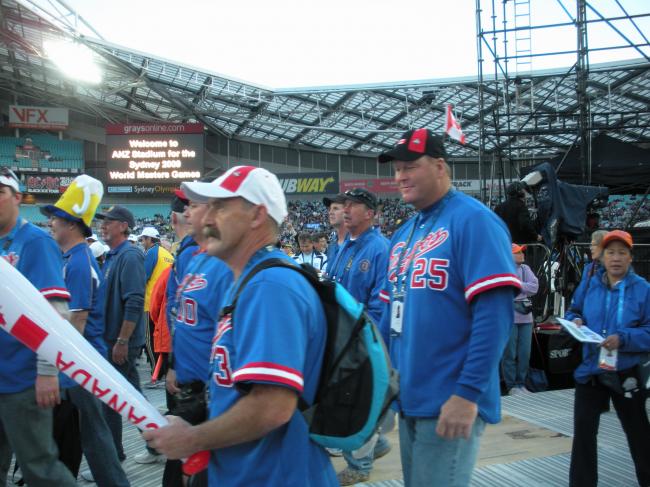 Expos Story in the Edmonton Examiner

Countdown to
the Expos Next Game!