The Crookston Reds Amateur Baseball team walked off game one of the Jim Karn Memorial Tournament when Dave Grabowski drew a bases-loaded walk to win over the Bonivital Brewers 5-4.  The Reds lost game two to the Tolna Trojans 11-1.

Bonivital opened the game with two runs in the first inning.  Following a leadoff strikeout, two batters reached on back-to-back errors followed by a hit batsman to load the bases with one out.  Following a popout for the second out of the inning, Jeremie Pantel singled to bring home the first run.  A bases load balk made it 2-0 after half an inning.  The Reds answered with a run in the bottom of the first when Noah Zimmerman singled to right with one out and stole second.  Following a flyout for the second out of the inning, Riley Thompson singled to right center scoring Zimmerman to make it 2-1 after one inning.   “We didn’t have a great start defensively but the offense found a way to capitalize,” said Reds co-manager Rob Silvers.  “We were able to get an early lead and held that while the bats went silent.”

In the third inning, Will Zimmerman was hit by a pitch to led off the bottom of the inning and stole second.  Zimmerman tagged and advanced to third on a fly ball to right and scored on an RBI single by Bailey Schmitz to make it 2-2.

In the bottom of the fourth inning, Alex Wolfe led off with single to right field and stole second.  Cody Magsam followed with a hit to center and hustled around to stretch it into a double to put runners on second and third.  Owen Ellefson hit a groundball through the shortstop’s legs to score both Wolfe and Magsam to give the Reds a 4-2 lead.

Bonivital tied the game in the sixth when Cole Burchard drew a leadoff walk.  Following a strikeout, Pantel reached on an error as Burchard moved to third.  A stolen base put runners on second and third before a strikeout for the second out of the inning.  Shea Budge ripped a ball down the first base line for a two-RBI single to tie the game at 4-4.

The Reds walked game one off in the bottom of the seventh as the first four hitters reached.  Thompson was hit by a pitch to lead off the inning following by a single by Schmitz to put runners on the corners. Matt Morin was intentionally walked to load the bases and Dave Grabowski drew an RBI walk to win the game.  “Bonivital fought back to tie the game after our bats went silent,” said Silvers.  “We did enough to win, but Jackson pitched well and should’ve had a bigger lead to work with.”

In the top of the second inning, TJ Hokanson singled to left center to lead off the inning and moved to second on a groundout. After a groundout to third base, Esten Beneda singled to right center to make it 1-0.

Riley Nelson led off the third with an infield single for Tolna.  Braxton Hewitt walked and ball four got by the catcher allowing Nelson to go to third.  Jon Lund followed with an RBI groundout to give Tolna a 2-0 lead.  The Reds answered in the bottom of the frame when Will Zimmerman singled to left and stole second.  Zimmerman then stole third and the catcher’s throw sailed into left allowing him to score.

In the fourth inning, Jordan Swanson led off with a blooper down the right field line for a double.  Following a walk, Beneda hit a possible double-play ball that was thrown into right field allowing a run to score and moving runners to second and third.  Ben Halvorson hit a sacrifice fly to center to score the second run of the inning to make it 4-1.  Following a groundout for the second out of the inning, Hewitt blasted a two-run home run to left to make it 6-1. “The error in the fourth was costly as it led to four runs,” said Reds co-manager Matt Morin.  “As has happened all season thus far are defense does us in.”

In the fifth inning, Logan Lund singled with two outs followed by a pair of walks to load the bases.  Riley Nelson would single home a run and a bases load walk brought home a second run to make it 8-1. In the sixth inning, Hokanson tripled with one out and scored when Swanson reached on an error.  Tolna loaded the bases with a hit batter and single before Ben Halverson singled to make it 10-1.  In the seventh inning, a walk and three hit batsmen forced in another run to make it 11-1.  “We didn’t hit very well in either game today,” said Morin.  “But hopefully we come back and put together a couple of decent games to end the weekend.”

With the split, the Reds are 5-5 and will play at 4:00 p.m. Saturday at Jim Karn Field against either the Marble Mallards or Pilot Mound Pilots. 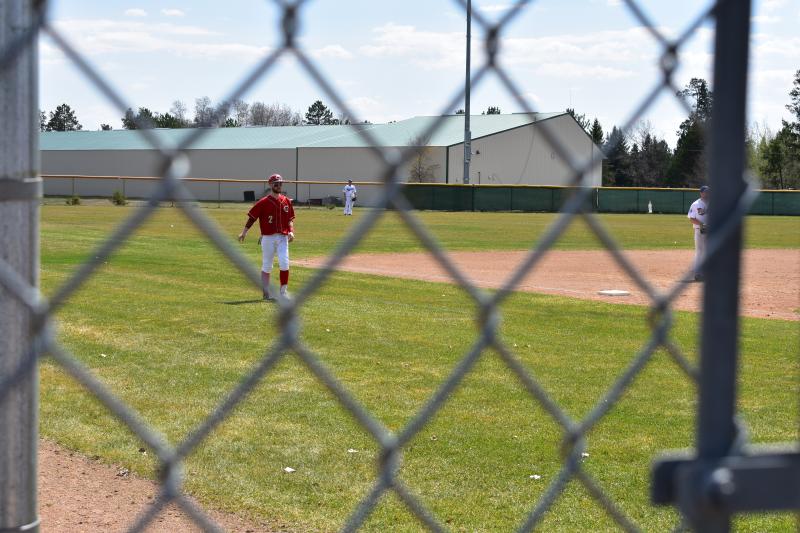 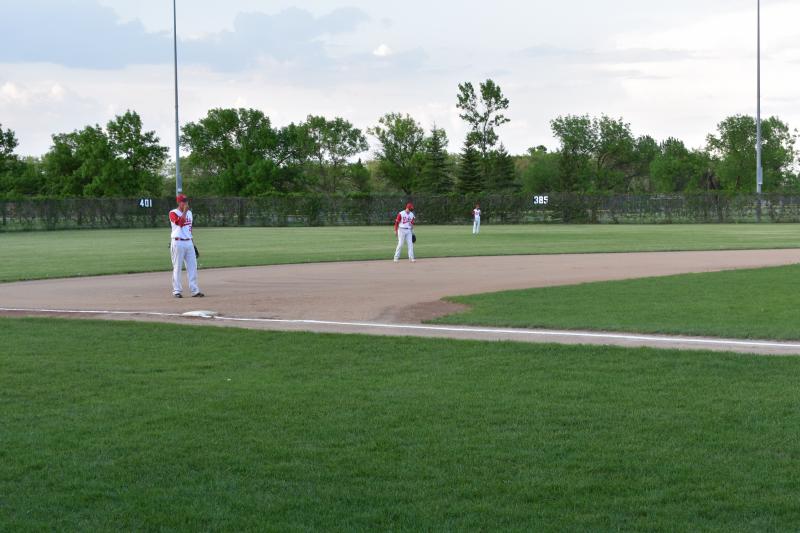 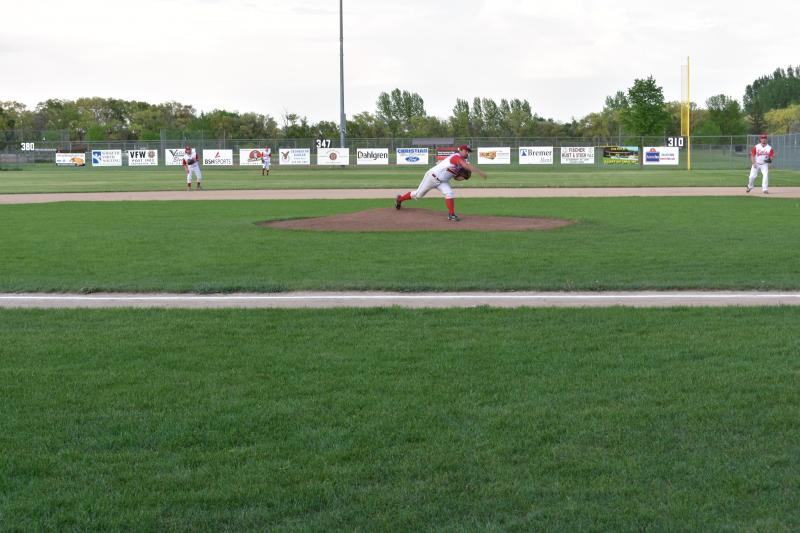 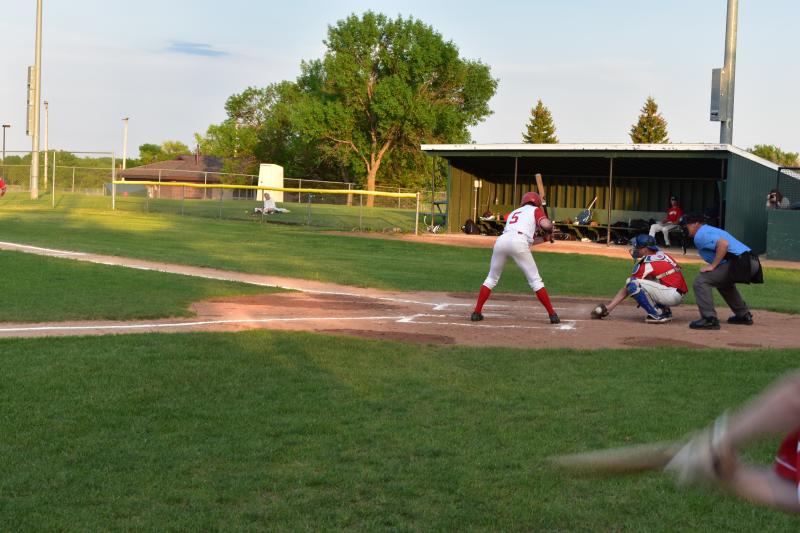 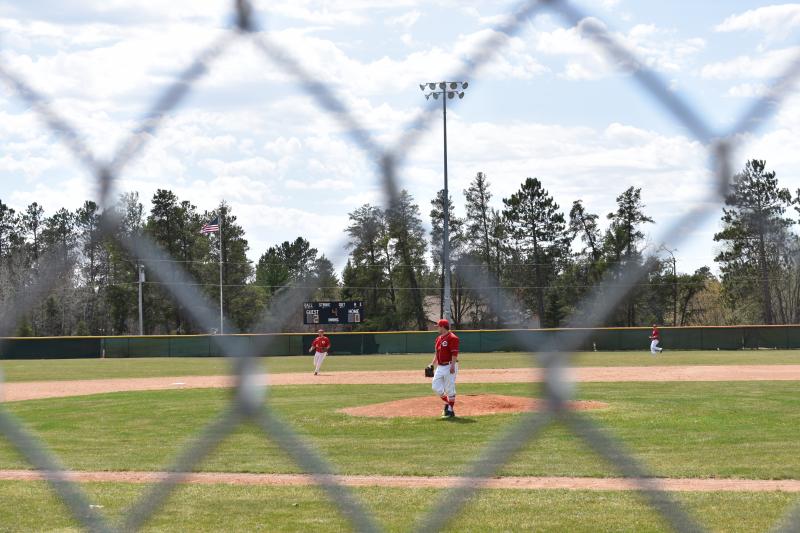 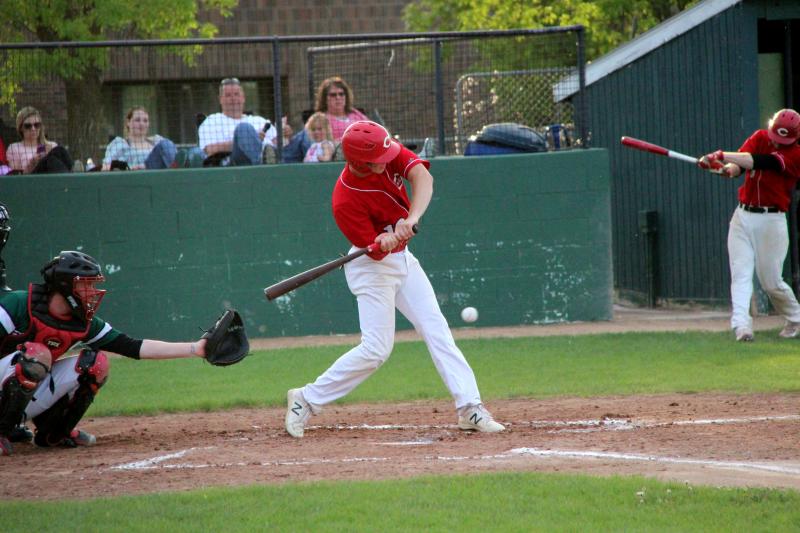 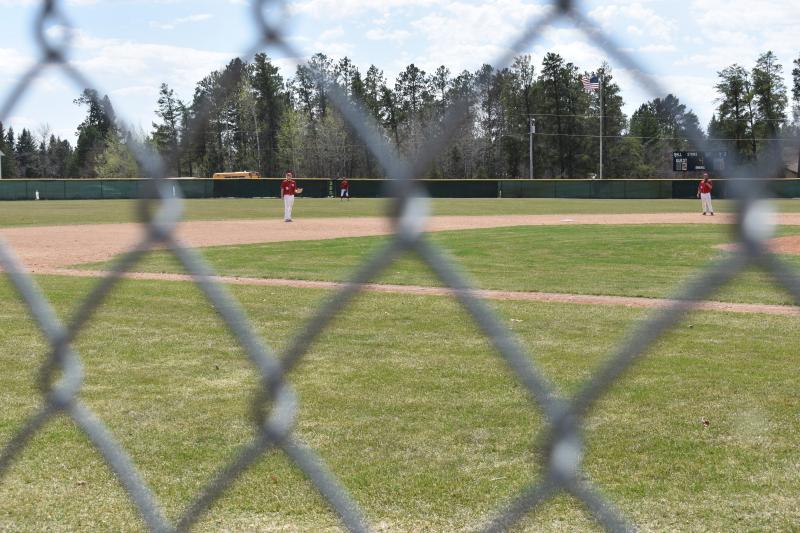 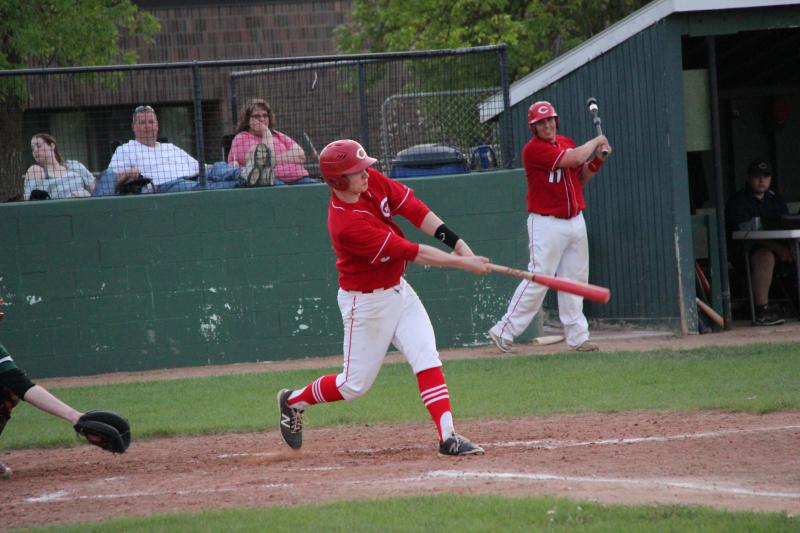 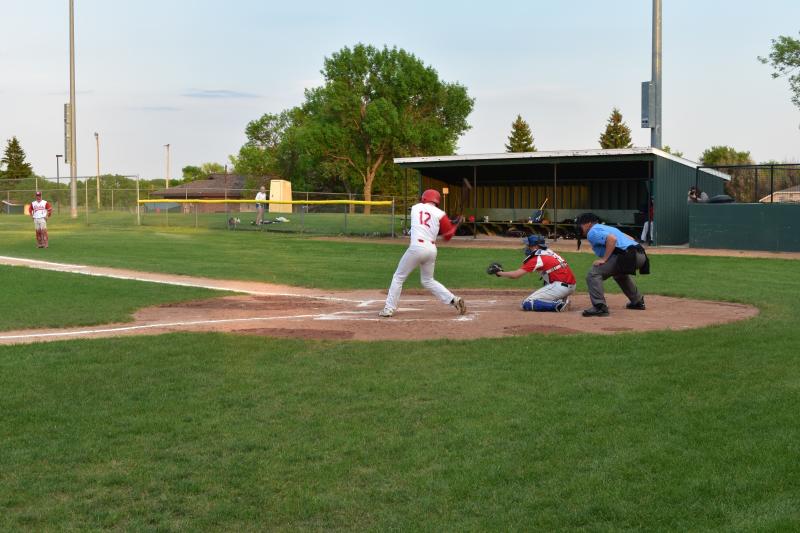 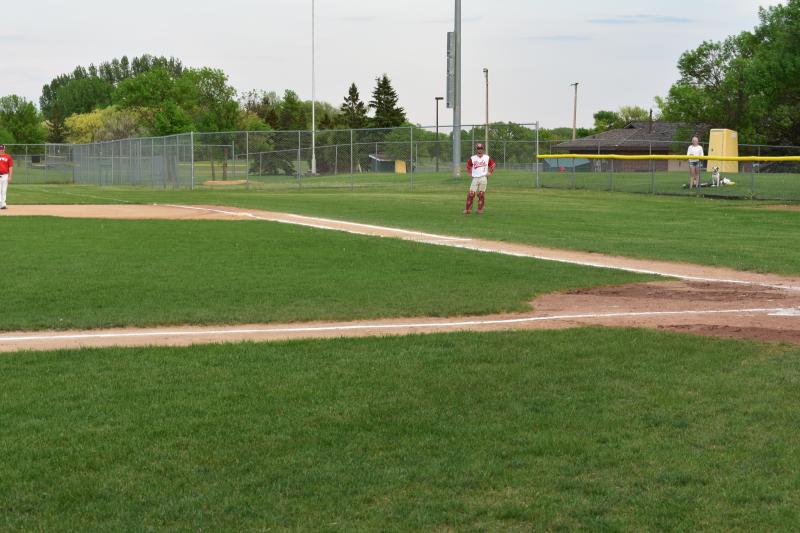