Baab, Dr. Bob - Inducted into the Minnesota Amateur Baseball Hall of Fame in 1983.  Moved to Crookston in 1962 - one of the original record keepers along with Jim Karn.

Bender, Sheldon "Chief" - Played from Crookston Pirates in the Northern League and other minor league organizations. From 1949-1967 was a manager, scout and director of player development with the St. Louis Cardinals and from 1967-2005 was a front office executive and consultant for the Cincinnati Reds.  Was the farm system director for the "Big Red Machine" era producing such players as Barry Larkin, Ken Griffey Sr., Dave Concepcion, Don Gullet, Eric Davis and Paul O'Neill. The award for minor league player of the year for the Cincinnati Reds, is the Sheldon Chief Bender Award. In 2008, Minor League Baseball began presenting the annual Sheldon "Chief" Bender award to a person with distinguished service who has been instrumental in player development.

Boone, Lute - Was player, owner, and manager of the Crookston Pirates from 1933-1935. Was Northern League President 1933-1934.  Played for the New York Yankees from 1913-1916 and for the Pittsburg Pirates in 1918 replacing Honus Wagner at shortstop following his retirement. From 1960-1962 was President of the Pittsburgh Professional Baseball Association.

Brewer, Chester "Chet" - Negro league player who pitched for Crookston in 1931, was given keys to the city.

Burwell, Bill - Manager of the 1938 Crookston Pirates team that lost in the Northern League Finals.  Was the pitching coach for the 1960 World Series Champion Pittsburgh Pirates.

Capron, George - Minnesota standout, left college after admitting to National Commission he had played professionally for Crookston in 1905 under an assumed name

Cavalier, Don - Played for the Crookston Reds and was head college baseball coach in Crookston

Duggan, Stanley - Ohio State graduate, played for Crookston in 1913, was sold by Winnipeg to Cincinnatti in 1914

Hatten, Joe - Began his professional career as a pitcher with the Crookston Pirates in 1937. Played for the Brooklyn Dodgers 1946-51 and the Chicago Cubs 1951-52. Holds the MLB record for fewest pitches in a complete game, 51, in a five inning shutout of the Cincinnati Reds. Major League Career Record 65-49 3.87 ERA

Madigan, Tim -  Author and Journalist who played for the Crookston Reds amateur team in the 70s and 80s

Neisler, Fred - Crookston Pirates player/manager 1940. Hit .252 with 1 HR in his only season in Crookston. Played Minor League baseball for 12 seasons.

Penner, Ken - Crookston Pirates player/manager in 1936. He was on the 1929 Chicago Cubs team that won the pennant, but did not appear in the World Series.

Todt, Phil - was named a free agent in 1920 in one of the first decisions made by Judge Kennesaw Landis, the first commissioner of MLB. Played for the Boston Red Sox from 1924-1931 when he was traded to the Philadelphia Athletics.  He would play in the '31 World Series with the Athletics, although he only had one plate appearance, a base on balls, which the A's lost to the St. Louis Cardinals four games to three.  His career ended in after the 1939 season, in which he was the manager for the last place Crookston Pirates in the Northern League.

Van or Vann, Johnny - Nego League player who played catcher for Crookston in 1931.

Wera, Julie - Played for the Crookston Pirates in the Northern League.  Won a World Series as a reserve on the 1927 "Murder's Row" New York Yankees team, during the season he was responsible for getting the "Babe" to church on Sundays.  Played two years with the Yankees hitting .278, 1 HR, 10 RBI

Westrum, Wes - Native of Clearbrook, Minnesota began his playing career with the Crookston Pirates in 1940. Played catcher for the New York Giants from 1947-1957, and retired as a player when the Giants moved to San Francisco in 1958.  He wion a World Series in 1954 and earned All-Star honors in 1952 and 1954.  Was the catcher for Bobby Thomson's "Shot Heard 'Round the World" in 1951, followed by losing the '51 World Series to the New York Yankees. Bullpen and then first base coach for the Giants from 1958-1963. In 1964, he joined the New York Mets as first base coach.  He then became the bullpen coach and on July 14, 1965 was named pitching coach when Warren Spahn was released. But only 11 days later, was named interim manager when Casey Stengel fractured his hip making him the second manager in New York Mets history.  He managed the Mets until late in 1967 when he resigned with 11 games to go. Rejoined the Giants as a scout from 1968-71.  Was named Giants Manager June 28,1974 and stayed on through the 1975 season finishing with a final record of 260-366 as a manager.  After 1975 he would be a scout for the Atlanta Braves. He is buried just over an hour from Crookston in Silver Creek Cemetery in his hometown of Clearbrook, MN. 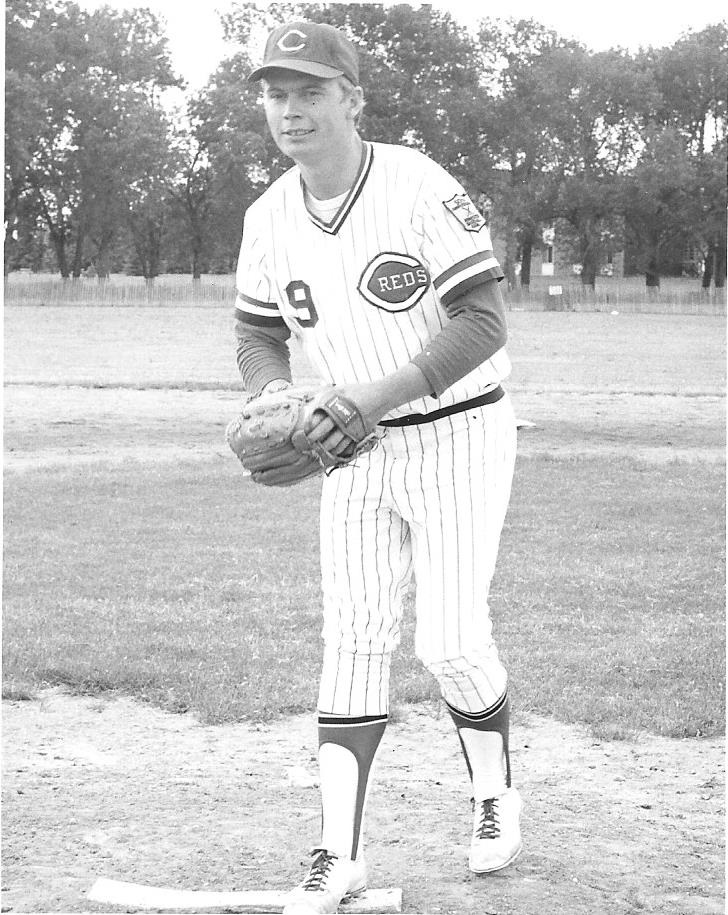 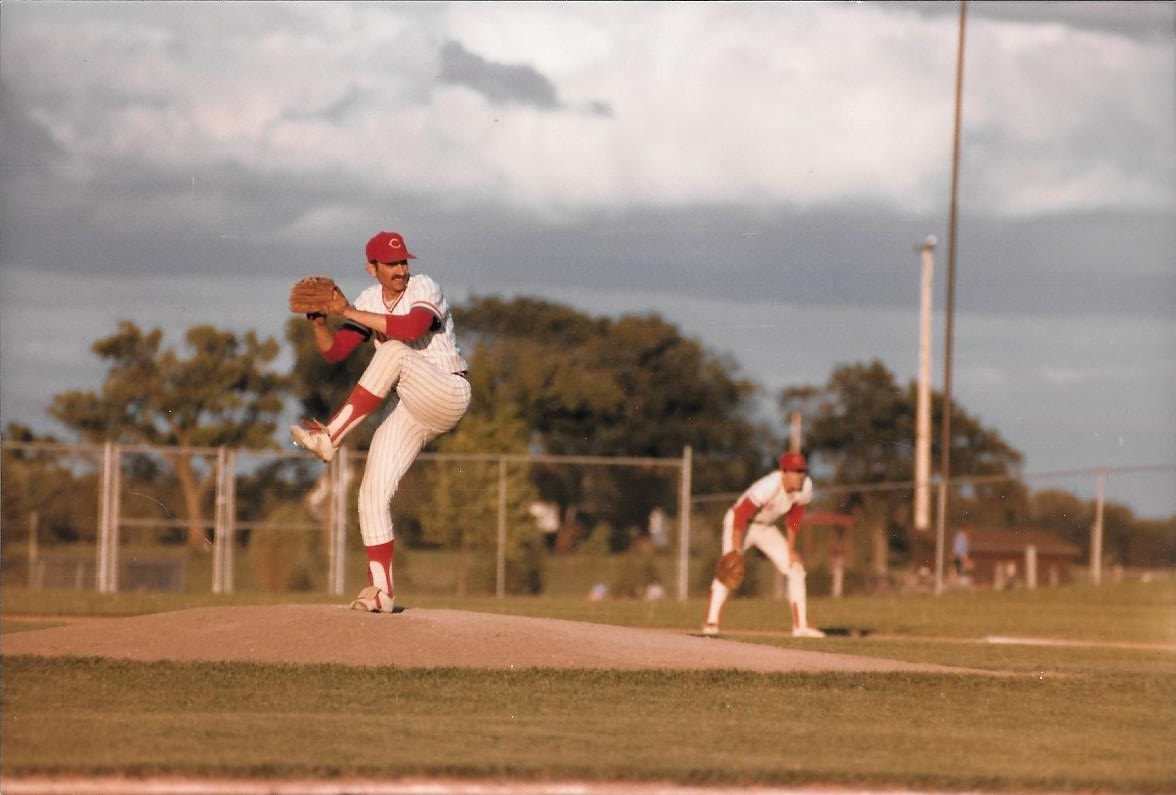 Jim Karn delivers a pitch, while Brent Stahlecker looks on from 1st Base 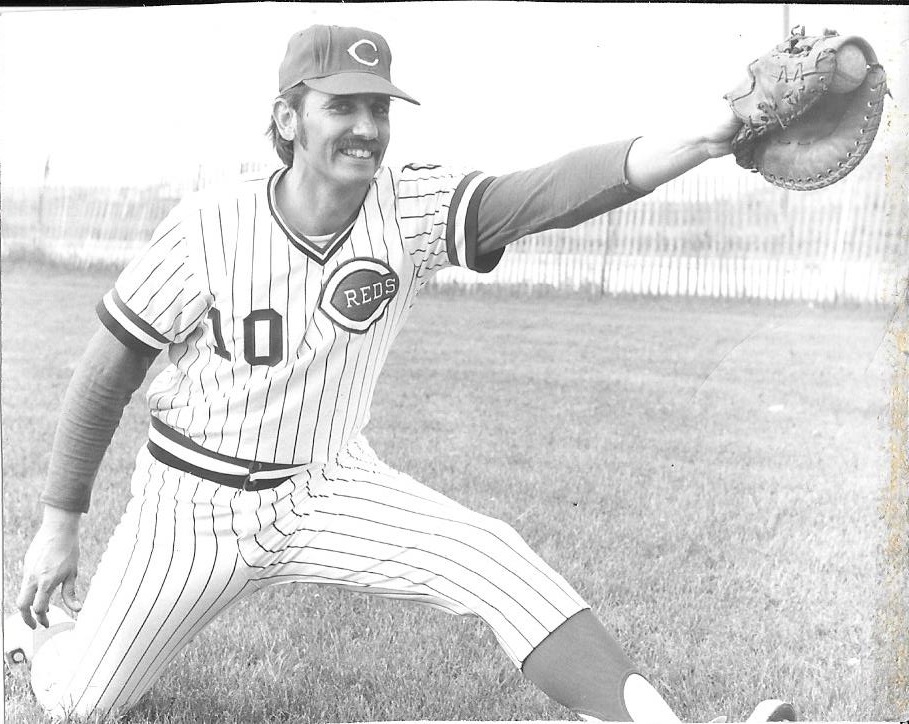 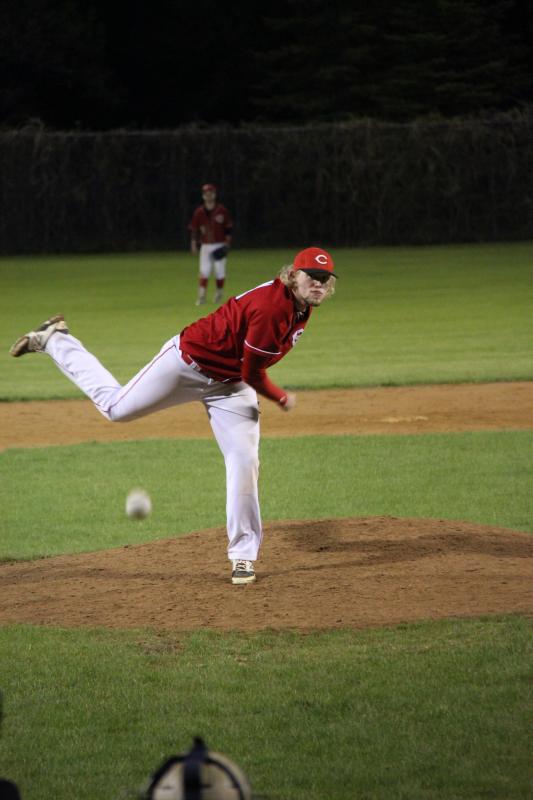 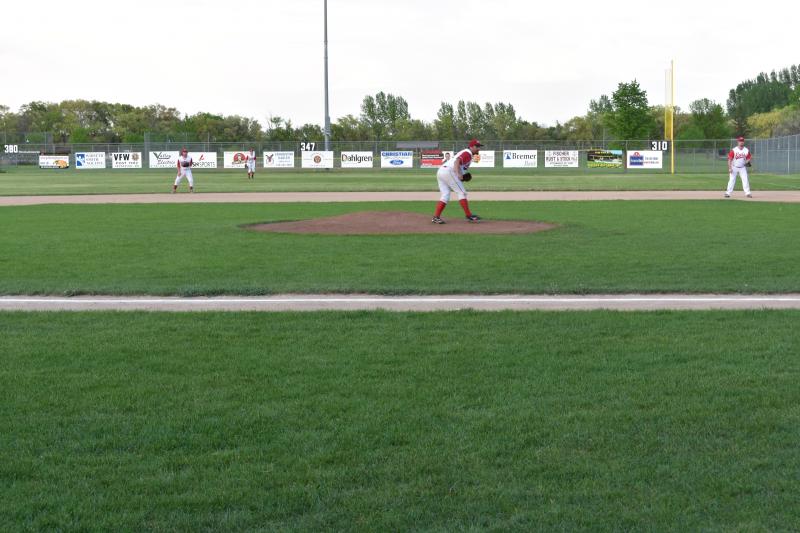 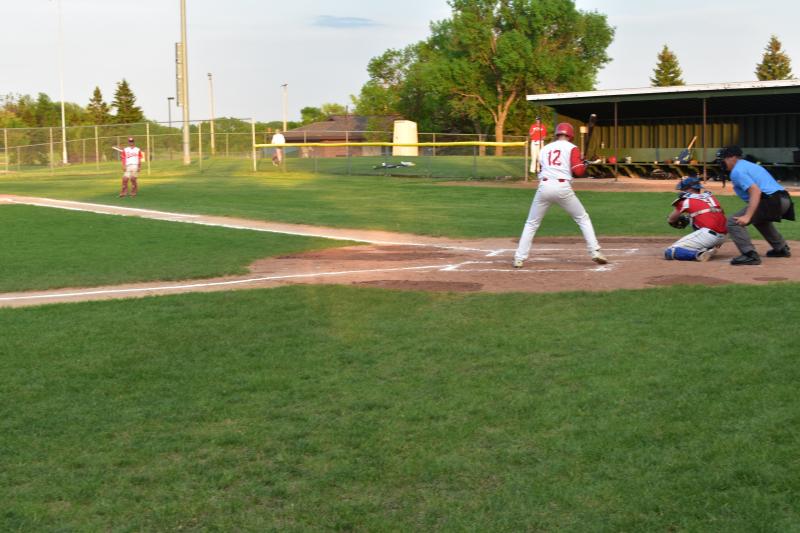 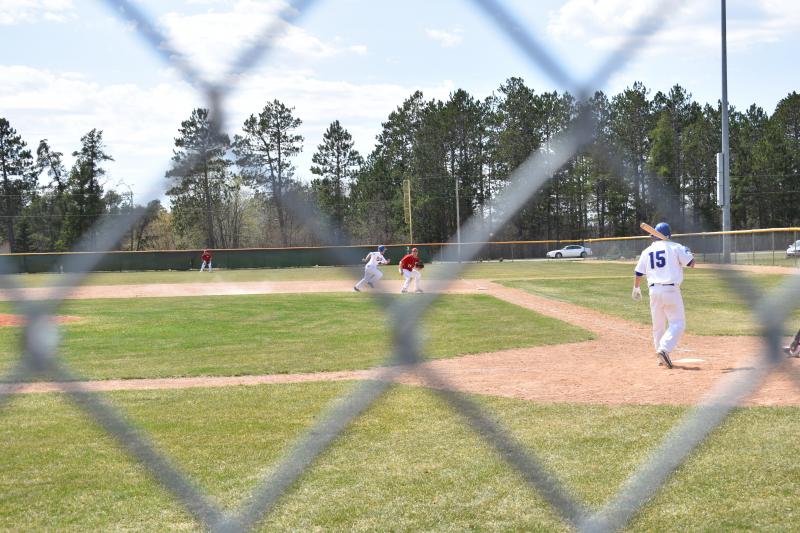 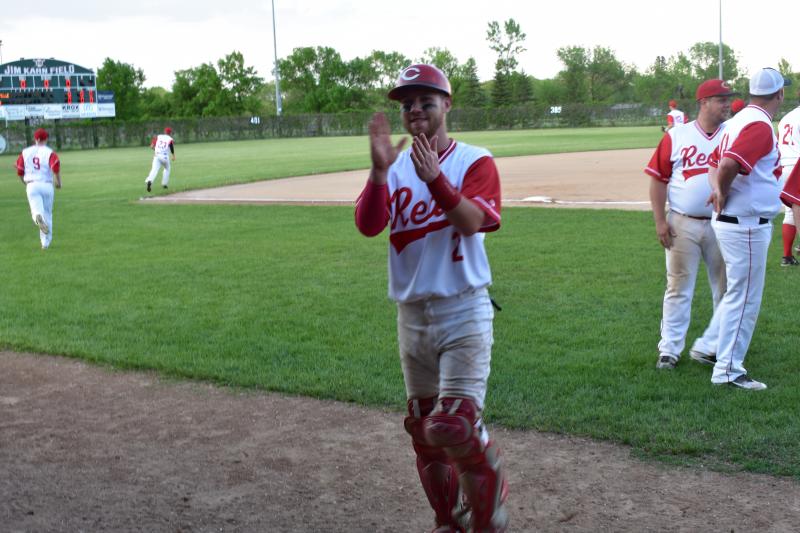 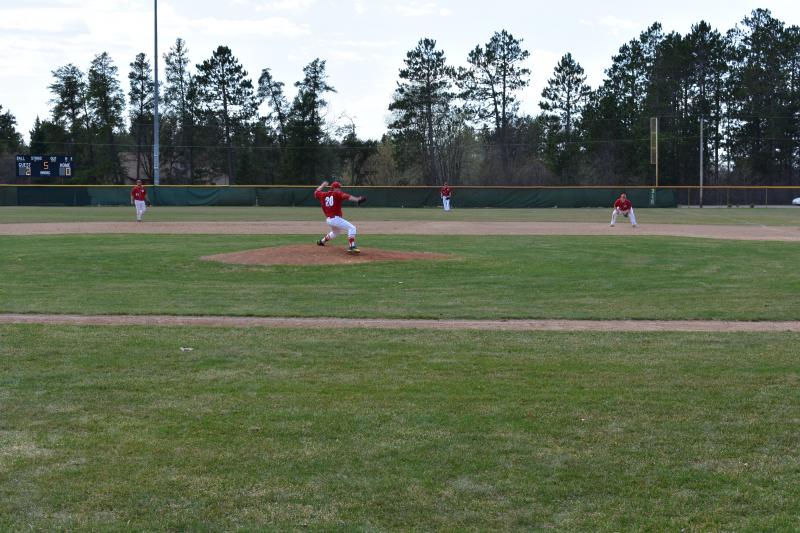 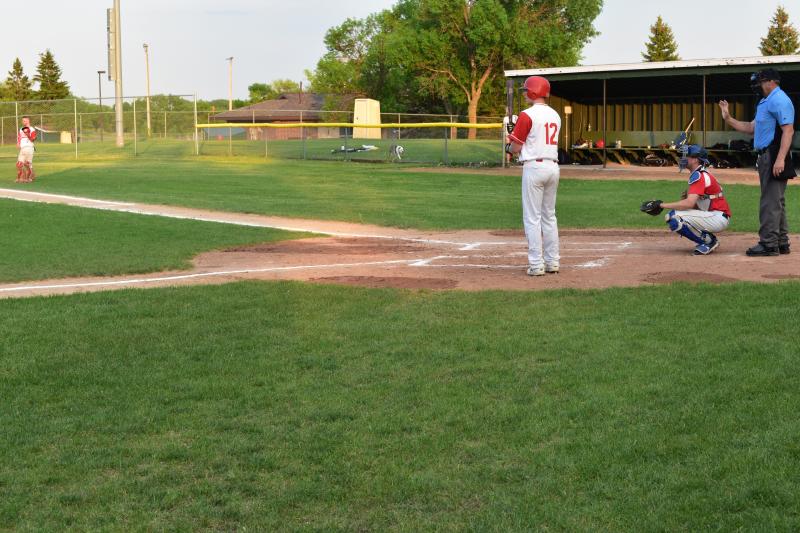 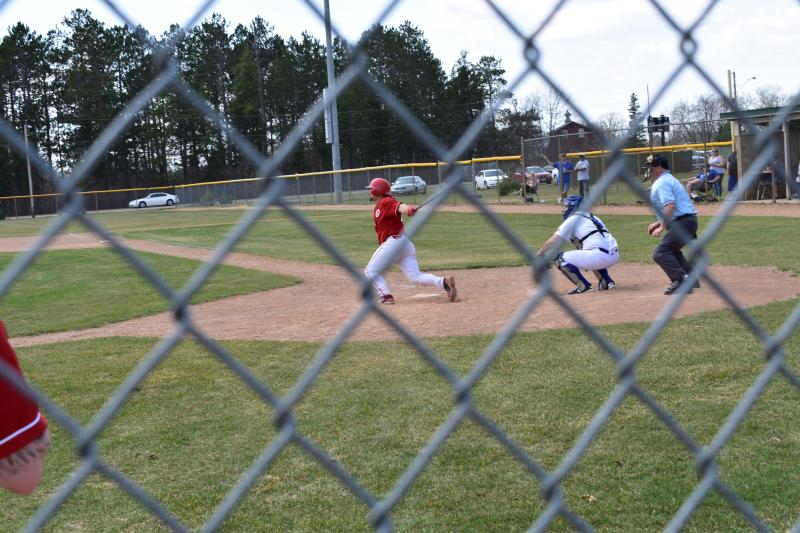 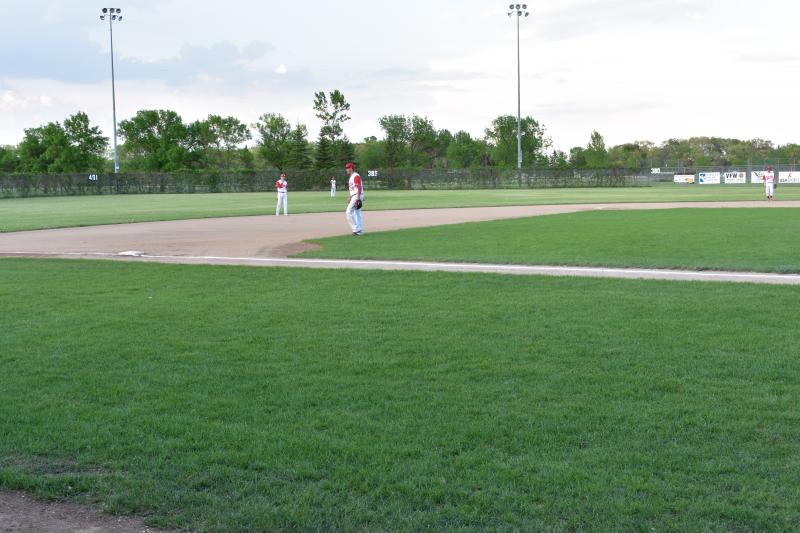 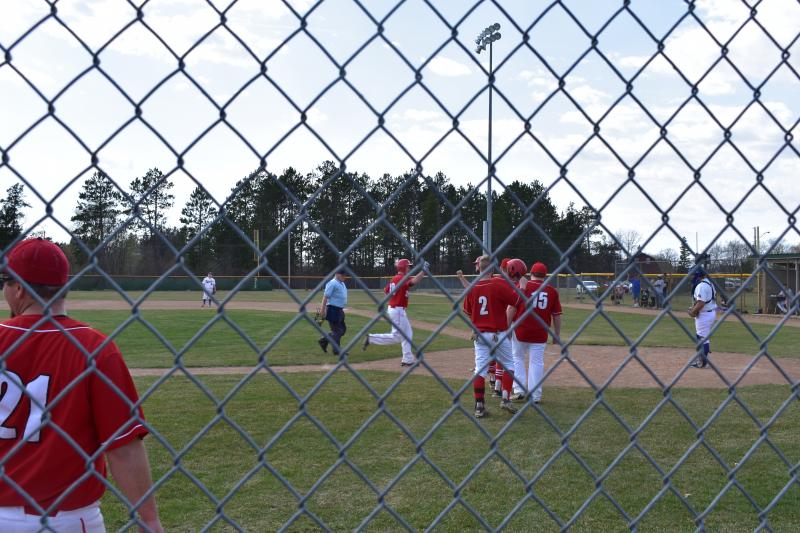