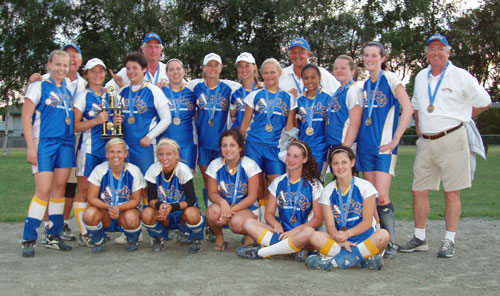 2007 WESTERN CANADIAN CHAMPIONS! (August 6, 2007) Islanders take best of the west title with impressive 7-2 record at the Western Canadian Midget Championships in Lethbridge, Alberta. The girls capped off an amazing season with a gold medal performance last weekend. In the past three years the team has now won two provincial and one western title. Great season girls!

Welcome to the online home of the Richmond Islanders 89B Team! The 89B Islanders represent Richmond Girls Softball Association (RGSA) in the Softball BC Midget Rep 'B' division. RGSA is one of the most successful softball programs in Canada. Islanders teams consistently rank among the top teams in the country, and have captured many tournament, provincial, western and national titles. Check the "Archives" section for news from the past few seasons.